The international desktop 3D printing market is a competitive place and, while many manufacturers may find themselves successful within the niche of their home territory, brave (or financially well-off) companies may decide to make the move towards international expansion.  Within a marketplace already inundated with numerous desktop FFF machines, this is no easy task and not every company that makes that decision will see their products do well in foreign markets.  Polish manufacturer 3DKreator, then, has a lot to go up against as it seeks to move outside of its home country and sell its Kreator Motion 3D printer abroad. 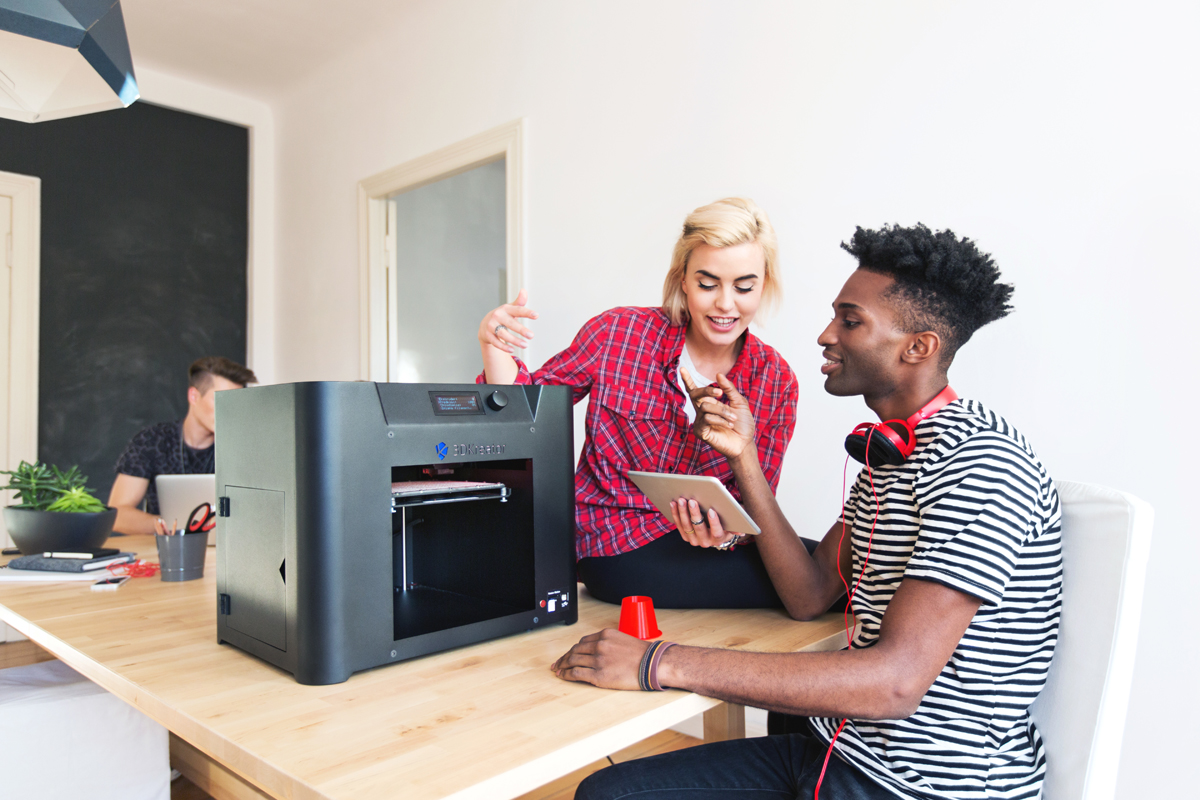 Established in 2014 in Poland’s “Dragon Valley” of Krakow (the Polish equivalent of Silicon Valley), 3DKreator launched the first generation of its Kreator Motion 3D printer, with the company showing their machine off at number of events within the European Union. With a build volume of 200 x 200 x 190 mm and a heated bed, the printer was designed to handle a wide variety of materials. The second generation of the Kreator Motion saw a new and improved casing, featuring transparent doors, as well as a filament sensor for detecting filament depletion, a perforated heated bed, and automatic bed leveling.

Last September at Euromold, 3DKreator made further moves into the international arena, showing off its Kreator Motion 3D printer to the diverse visitors of the tradeshow.  With positive reviews from Europe and Asia, and, after receiving a seed investment from Polish investment firm MCI Management and their Internet Ventures FZI fund, the startup is officially ready to enter into the European and American markets.  3DKreator is seeking to establish European and American resellers to create a steady flow of international business to the firm.

3DKreator CEO Przemek Kazanowski says of their own story, “Much like the popularization of PCs back in the day allowed businesses to take their efficiency to the next level, so does 3D printing today. It saves money by eliminating the need to stock large quantities of products, produces spare parts on demand, shortens production cycle allowing to go from design to manufacturing in an instant and minimizes waste. However, just like the first PCs, 3D printers may be quite expensive or too complicated or scary to use. And that’s where our story really begins.”

Based on their history and the support of MCI, it sounds as though 3DKreator is a solid business. The Kreator Motion has was won the IDOL 2014 in the Product of the Year category and the Gold Medal at 22nd DOM Nationwide Fair of Residential Building Materials and Interiors.  And MCI is one of Poland’s leading investment firms with an immense portfolio of companies throughout Germany, Austria, Czech and Russian.  However, to get an insider’s perspective on how 3DKreator will fair, I reached out to our Polish writer, founder of Centrum Druku 3D, Paweł Ślusarczyk.

Paweł tells me, “3DKreator is very good and strong Polish company. I see bright future ahead of them. They are one of four top Polish companies, just behind Zortrax, ZMorph and 3DGence. Their 3D printer still has some small flaws (which printer doesn’t…?), but they are working very hard to make things alright. And a very big venture capital firm, MCI, invested in them last year, so they have a very strong business background as well.” He adds, “Funny fact: Andrzej Szlapa, the founder of 3DKreator, is a big heavy metal fan. One of his favourite groups is legendary German thrash metal band Kreator. So, now you know why 3DKreator’s name is written with ‘K’ instead of ‘C’ ;-)”

With Paweł’s seal of approval, plus the backing of an important investment firm, I’m inclined to agree that 3DKreator has a bright future ahead of them. And the 3D printing industry is a crazy place, where established leaders can sink to the bottom and flexible startups can rise to the top.  Maybe, one day, 3DKreator will happen to be one of these startups.