BelVita Breakfast Biscuits has announced a new contest and 3D printed trophies are among the prizes. Why 3D printed trophies? I have no idea — most likely someone in their marketing department got a list of trending buzzwords. But it speaks volumes of the growing awareness and marketability of 3D printing. 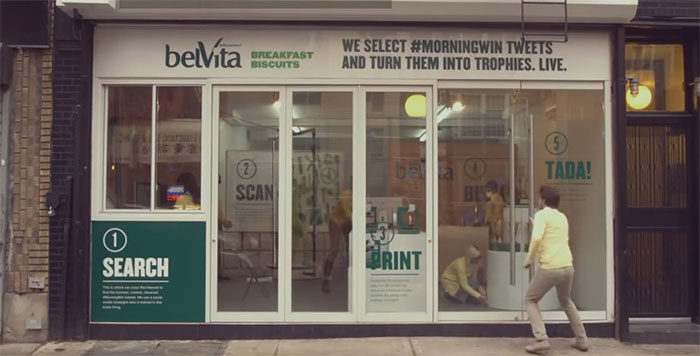 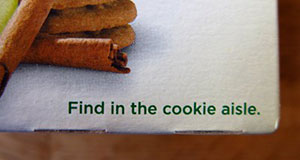 Clearly 3D printing has now become pretty a marketable concept, because BelVita Breakfast Cookies’, I mean Biscuits’, #MorningWin campaign is almost entirely built around it. The whole point is to try and win a 3D printed trophy, and it’s mentioned in such a nonchalant way that you’d think 3D printing was as commonplace as winning a t-shirt. Clearly they’re taking 3D printing seriously and not just exploiting something that’s currently trending on the internet. OK, it’s also really silly, but it’s an ad campaign for a breakfast cookie, I mean biscuit, and if advertising is a fact of life, it should at least be fun. And they’re not presenting it as “wowie, look how futuristic and cutting edge we are” they’re just using a cool accessible technology to sell some cookies.

The way it works is pretty simple, do something in the morning, like put your pants on without falling over, Tweet about it with the hashtag #MorningWin and through the magic of NSA data-mining — I mean marketing buzzword social listening — BelVita will pick some of the more interesting Tweets, 3D print a trophy depicting you having your successful morning, and ship it to you. You might also get a personalized certificate, a “virtual trophy” or a video made using your Tweet. They’re also apparently housing the whole 3D printed trophy operation in a storefront in New York staffed with several yellow sweater-wearing 3D printer technicians with appropriate facial hair and a half dozen green UpPlus2’s. Go ahead and check out the contest video below.

Beyond selling breakfast cookies, I mean biscuits, it does draw a lot of people to the concept of 3D printing, and I’m sure this is giving a lot of exposure to Up 3D printers so overall this is a good thing. But I do worry that 3D printing could start to be seen as a gimmick by the average consumer if this becomes a trend. While home 3D printing is cool, and I love how accessible and affordable it has become, it isn’t the real game-changing aspect that 3D printing brings to the table. Granted, we can’t expect a purveyor of baked breakfast goods to build an advertising campaign around rapid prototyping or bioprinting. Although mailing out prizes of bioprinted organs on top of a trophy would certainly draw a lot of attention to BelVita’s products. I’ll take a liver, I had a rough weekend. 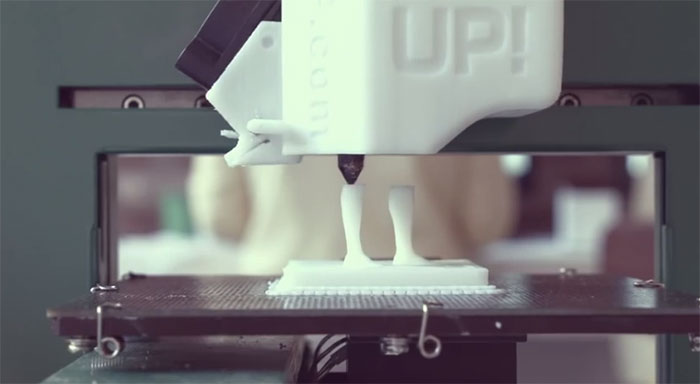 You should also take a look at their YouTube channel, where they’ve made some follow-up video’s using actual winning tweets. And of course tweet your own morning win!