Your Daily Dose of Deposition — On LiveStream

You wouldn’t log in online, grab a cup of coffee, put your feet up, and sit back to watch a 2D printer at work. It would be kind of like watching paint dry, right? Well, I guess that’s not necessarily the case. I’d might do that — inbetween episodes of something else pretty nerdy of course. Imagine the delight, then, of watching cartesian paint dry. That’s right… 3D printing livestreams are now with us, with the actually pretty cool LivePrint. The premise is simple, but original. Vote favourite model (from a choice of three) and then you can watch it being 3D printed live the next day.

For anyone who has spent some time looking at a FFF/FDM 3D printer at work, it’s actually fascinating. And, dare I say, fun. Watching the extruder run around in various directions. It’s kind of like a game of the old school Nokia phone classic Snake. Kind of. Or maybe it’s kind of like watching a piece of plastic being extruded. I’ll leave that to your judgement. Either way, it can prove mesmerizing! There is a certain something about watching the naunces of motion, the lattice of honeycomb like structure appear between the forming of firming edges, the contented hum of the stepper motors, and the seeming mystery of seeing something appear from nothing.

For some, hearing that they now have the opportunity to watch a prototype quality part being produced live on the internet will be a reason to pop the television on and tune in to their favourite sitcom. For others, that chance will be gratefully received, a level of excitement, and even a sense of community. Which brings us to the next feature of LivePrint, the online chat. I’m currently watching a conversation between two admins, Penguin and Cockroach. Hello there, whoever you may be, if by whatever chance you are reading this article by strange providence! 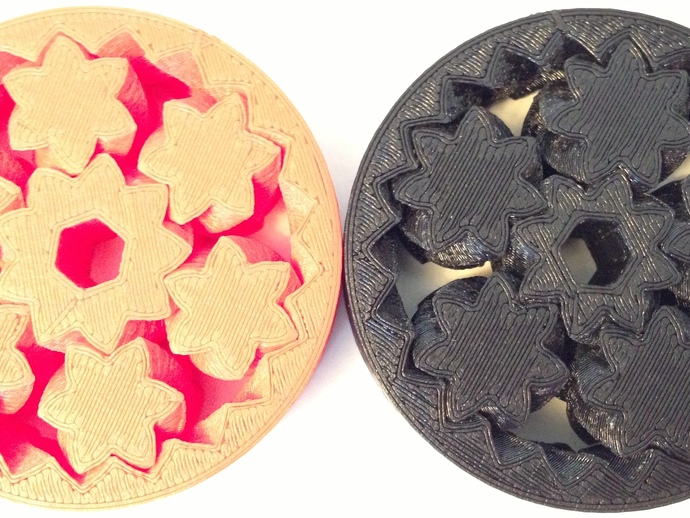 There is something social, conversational and collaborative about 3D printing. Whilst some tech trends have had a negative label of nerd, it could perhaps be said that we now live in a time where social media, smartphones, CG in movies and feature rich computer games have made most new tech truly cool. 3D printing seems to have caught our imagination too, perhaps not in the same way: Most people have had direct experiences with those afforementioned technologies, but have not had direct experiences with a 3D printer.

But that our subject tech became so popular last year might tell us something about how out relationship with consumer technology is changing, just as it also may tell us that the take-up of new consumer tech trends is getting to be so quick that we are getting ahead of ourselves more quickly with hype. Regardless, the local MeetUps, Makerspaces, FabLabs, MakerFaires and so on indicate that this is a perspective relevant to prosumer 3D printing. Taking that community aspect online via a LiveStream seems pretty logical.

So, there you have it, it looks to be fun, interesting and has a neat community aspect to it: and is as far as we at 3DPI are aware, the first online live 3D printing channel, courtesy of a YouTube user name Pastudan.