When I was pregnant with both of my children the ultrasound picture I brought home from the hospital following the first scan became, and remains, a treasured possession. It was the first time I had sight of my beloved off-spring and it was both a personal and an emotional experience that was captured in a way that seems very dated since the advent of 3D scanners and 3D printing.

The Brazilian company, Tecnologia Humana 3D, founded by Jorge Roberto Lopes dos Santos, is using these technologies for its Feto 3D project, whereby they are constructing physical replicas of a growing embryo based on 3D scan data 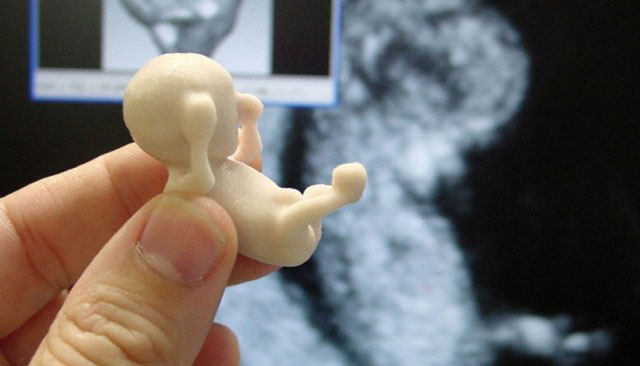 Originally the idea was conceived for diagnostic purposes with high risk pregnancies, which it still successfully fulfils, but has since been developed as a service offering for expectant parents, and has had notable success helping blind parents to feel their unborn baby and make that early connection.