Living far up north – more specifically in Finland in my case – typically means, that even though the so called ‘western world’ that we Finns live in is digitalized and globalized, new ideas and innovations tend to take longer to arrive here than some of our couterparts. The length of their cultural and physical voyage – most often from the US – still seems to resemble that of the olden days, when ships were made of (non-lay)wood and so forth. So – this is also the case with 3D printing.

3D printing has, of course, had some minor coverage in the local media during the last year or so, and Finland, together with its Scandinavian neighbours does have academic/industrial heritage in Rapid Prototyping and technological developments. However, in general, media coverage of 3D printing for the average consumer has repeatedly been more that of a curiosity than an actual relevant new paradigm. An example, should you need it is the Gyro Gearloose impersonators with foaming mouths showing off their 3D printed wrenches (no offense to either the personality type or the object itself intended here) rather than professors or 3DP experts rationally, slowly and reassuringly explaining what the tech actually is and what it isn’t. That in itself is something hindering the arrival of 3D printing tech in Finland – the lack of formal recognition of the possibility, that there really could be something groundbreaking here, which is required before the mass of (non tech-savvy) Finns can be reached. This changed last week – courtesy of a double-edged sword, delivered by the US libre-activists known as DEFCAD. The following is my reaction to this as a Finnish citizen and as a writer for 3DPI. 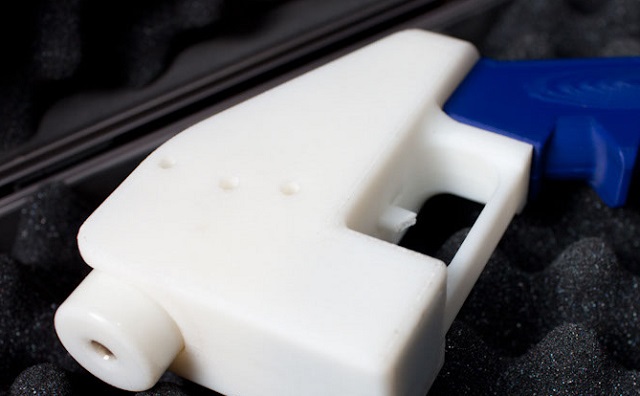 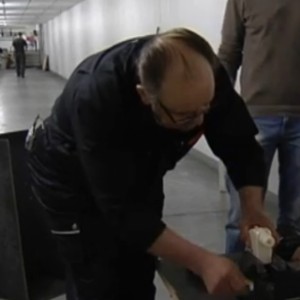 YLE, the Finnish equivalent of the UK’s BBC, is Finland’s national broadcasting corporation funded by the taxpayer. The organisation recently showed DEFCAD’s Liberator gun files being 3D printed on Aalto university’s unspecified “€15,000 3D printer” and fired in a test range during a popular magazine show called Ajankohtainen Kakkonen. Long story short, besides showing the 3D printed gun  breaking up after the first test shoot, the show also featured a local ‘researcher/3D printing entrepreneur’ Jarkko Moilanen. He went on to paint an even gloomier picture of our future – more than suitable to the overall tone of the program, I might add – where “piracy is unstoppable” and “in couple of years anyone can print a gun in their home.” 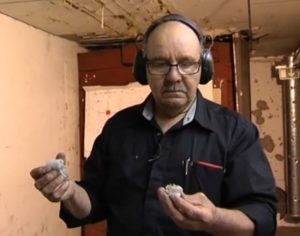 So, no new arguments for or against here, which I wasn’t honestly expecting from a conservatively-oriented mass media outlet. More unfortunately, even the underlying larger issues weren’t covered, such as free information sharing, from different perspectives; including the classic IP-protective corporate stance, where screaming “piracy!” the loudest equates to receiving the most compensation or the very ambiguous and complex liability issues. Indeed nothing remotely interesting – or, more importantly, relevant was covered in this piece in my opinion. For me, ignoring the elephant(s) in the room, such as the bigger issues I mentioned above, just doesn’t strike me as securing any sort of journalistic integrity. While I don’t claim to have any expertise in that area, as a citizen that is daily learning more about this technology, I do think balance is important — whichever side of the debate you are on.

The second problem – and a valid excuse to continue my rant, I believe – is that this programme transparently used scare tactics to engage its audience with 3D printing, and for most people here this would have been their first introduction to the technology. There is no denying scare tactics work as a way of permanently penetrate the minds of the masses, but to use this feature to start a nation-wide dialogue or to morbid interest in a field completely new to the majority of the people was a mistake here, I fear. It is of course easier to make a program out of something that already exists and could be used to take someone’s life than to paint a flimsy picture of a future where steaks and houses are 3D printed like they were always created that way — but would something from the centre ground really have been so bad, or so hard? 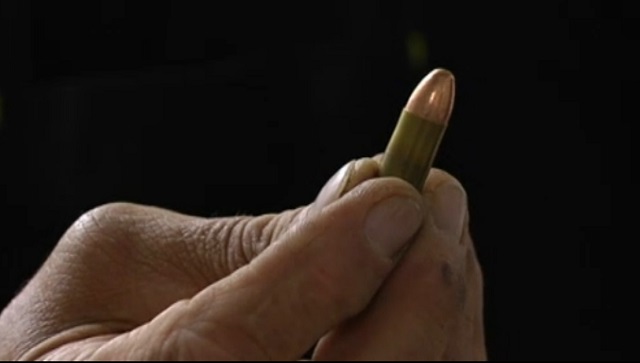 The third and last point I want to make – and I don’t want this to sound undermining, arrogant or as though I am in complete denial – but from a simplified point of view, pretty much everything man has ever made could have potentially been used for harmful purposes. And let’s face it – man’s been quite eager to harness everything for that particular purpose more often than not during our travels here on earth. Of course that sinister aspect, along with hunting and gun range activities, are the primary purpose of guns — a point that can’t be overlooked. However, this view of mine should be interpreted as my personal, naïve, yet firm belief in humanity, where the available means don’t have to necessarily create intent.

Even if 3D printed weaponry does prove to be a bigger problem in the future than I currently expect – due to programs such as the one discussed in this story promoting the socially negative possibilities – the problems should be tackled with new tech such as “plastic detectors”, not by restricting the availability of information. I firmly believe this, because information has always held the key to power and when it is restricted publicly in the name of ‘the common good’ there are always those who benefit from these restrictions more than others. I believe that lobbyists – from many other industries beyond gun manufacturers/promoters – are already heavily occupying the streets of Washington D.C. and the hallowed halls in it, filled with people who will actually have a powerful say on this topic as well. Even if my belief to the universal goodness of mankind should come crumbling down, it’s safe to say that this paradigm is something that isn’t about to change, whether 3D printing will overhaul traditional industries or not.

If you want to take a look at the short clip from the show – with no subtitles but it’s pretty much self-explanatory – hit the source link below.