This year’s Hackaday Prize required contestants to create a project that was connected to the world, either through bluetooth, wi-fi, a ZigBee wireless network, or in a way previously unexplored.  And SatNOGS, an open source platform for communicating with satellites, took home a cash prize of $196,418 and won the chance of a lifetime: to be launched into space on a carrier of the SatNOGS team’s choice.

SatNOGS is an affordable, modular network of open source satellite ground stations that anyone can participate in. As the project website puts it, “We love satellites! And there are thousands of them up there. SatNOGS provides a scalable and modular platform to communicate with them.” The modular design is simple to construct using easy-to-find and readily available software, electronics and hardware that can be sourced just about anywhere by virtually anyone. 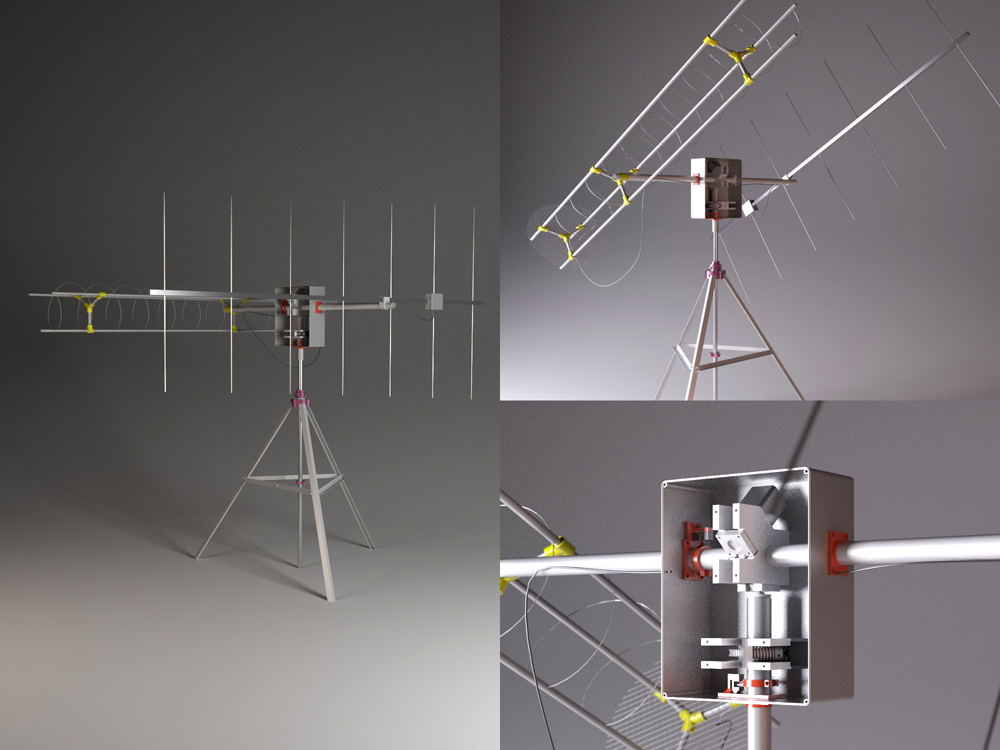 Things like PVC pipes, simple commodity electronic parts, and open source software make the cost and knowhow threshold of the SatNOGS project extremely low. The entire purpose of the project is to provide access to global communication satellite data to a wide range of people. Any data that the network collects will be available to anyone online free of cost.  The following introduction video gives a good overview of the project:

A basic ground station can be assembled with little effort using the simple construction plans available on the project’s website and Github page. Because many of the internal components and mechanics of these ground stations can be 3D printed, any pieces damaged due to wear-and-tear can readily be replaced. Parts of the tripod, the internal drive mechanism, and many of the brackets are all 3D printable. 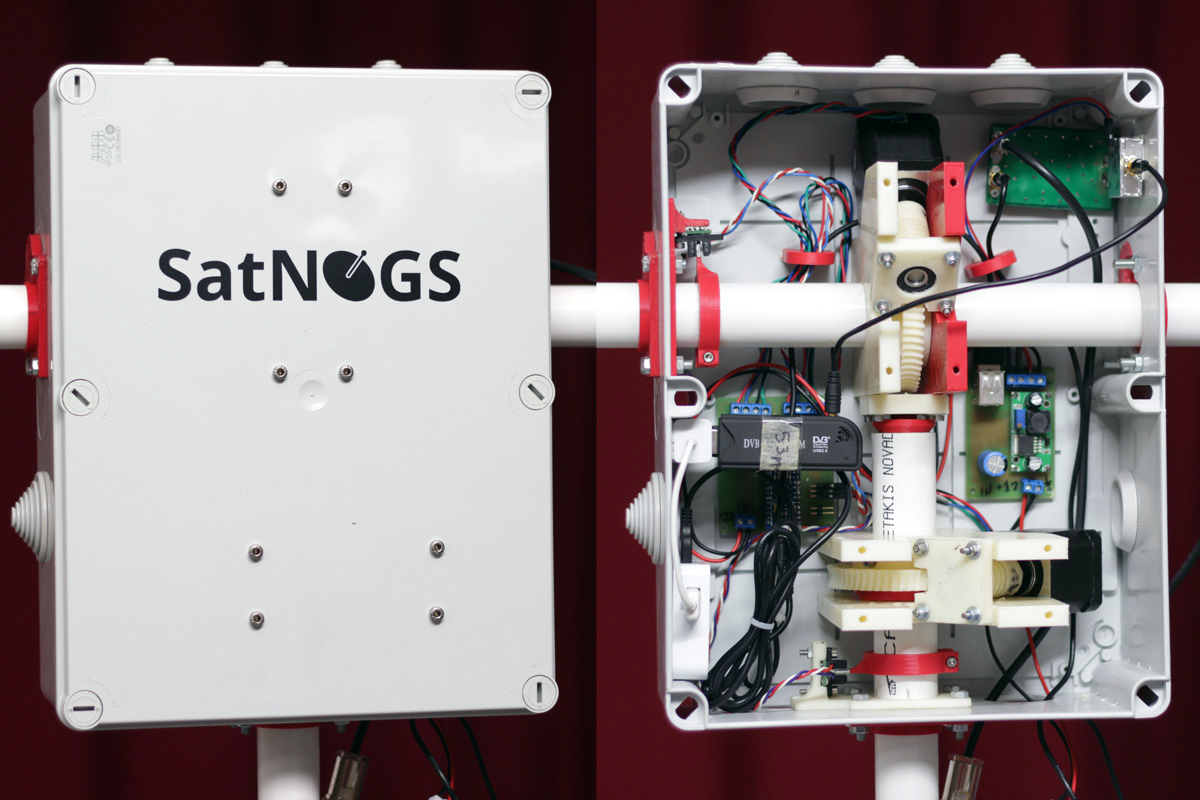 And in the video below, you can actually see some of the 3D printed components in action:

The Hackaday Prize competition started in April and, this year, Hackaday received over 800 projects to review. The panel of judges managed to pare the entries down to fifty projects, and then finally down to five semi finalists. Beyond the trip into space, prizes included an industrial-grade 3D printer, a milling machine, group skydiving packages, and a huge stash of electronic components.

This year’s competition was a steep one and SatNOGS beat out some really innovative and impressive projects. Second place went to a hardware-testing platform called ChipWhisperer, while third place went to a portable software-defined radio and ham device appropriately called Portable SDR. Fourth place was a working tricorder – which is awesome – and fifth place went to a really cool, 3D printable spectrometer called The RamanPi Project.

You can find out more about SatNOGS on their Hackaday project page, where the team provides regular updates on the project’s progress. You can also visit them on their website and find access to all of their projects plans and data on Github.