The eyewear from Oak & Dust is custom made and 3D printed in Polymide with a cork nose support milled from a 3D scan of the wearer’s actual face. Each pair of custom eyeglasses comes in an individually milled cork box that can protect them from scratches or breaking. 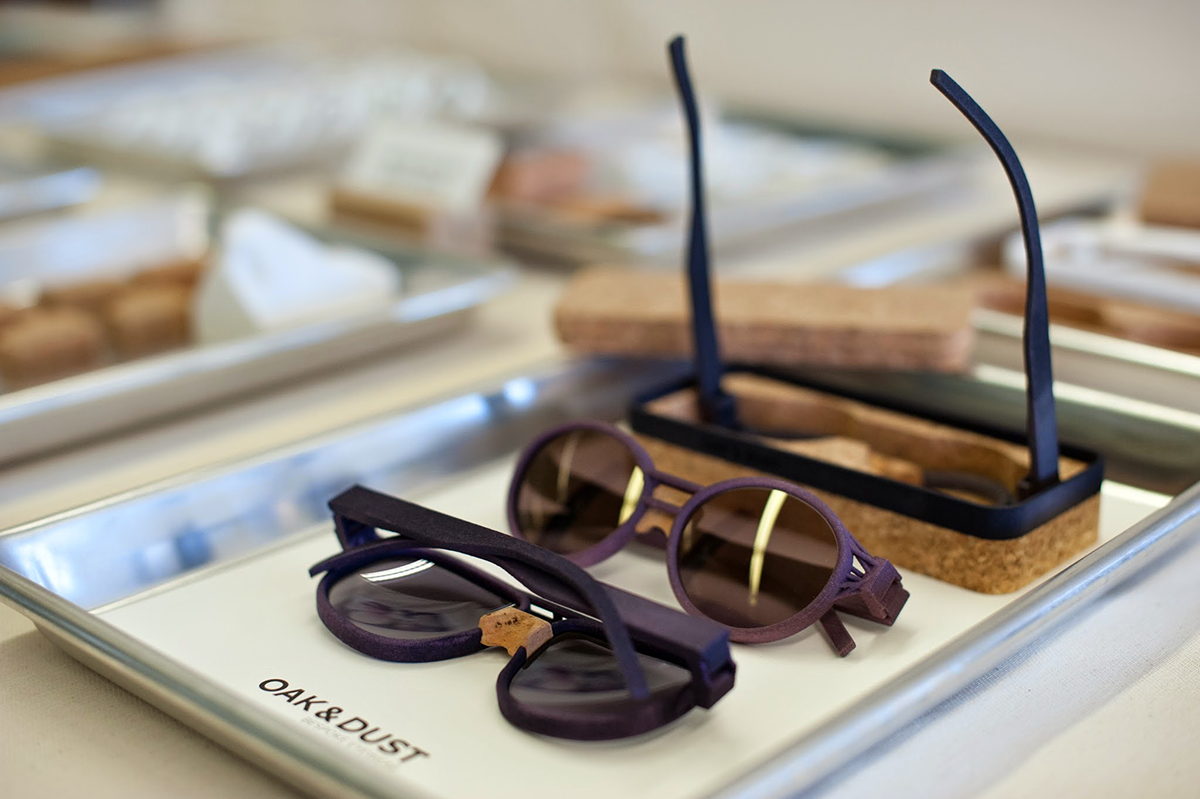 Swiss industrial designer Adrian Gögl began designing eyeglasses shortly after receiving his bachelor’s degree and decided to incorporate modern customisation methods into the process. Because he was an optician for many years he knew how poorly most eyeglasses distributed weight on the nose and that this lead to glasses slipping down and leaving painful pressure marks on the wearers bridge. He was also bothered by the standard shape and size of eyeglasses cases, which are often incapable of protecting and storing glasses properly. 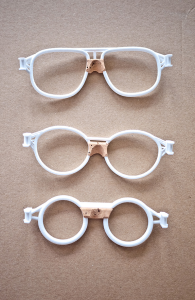 So Gögl turned to the flexibility of 3D printing to help create his Oak & Dust project using a process that he believes could be a viable method for the future of retail eyewear. He designed his eyeglasses in Rhino/Grasshopper and 3D printed them in Polymide, by way of the imaterialise 3D printing service. Polyamide is a material that takes pigmented die very easily, allowing for the color to be as customisable as the shape. Additionally he used a 3D scan of the face of the wearer to custom mill a nose support out of pressed cork.

“With this project I wanted to design a serious and useful concept which enables us to use 3D-printers directly at the point of sale in optical stores.” Gögl recently told Designboom. “The focus of my project was not how exactly the form of spectacle frames should be but rather how these frames can be designed, manufactured, and sold in the near future.’ 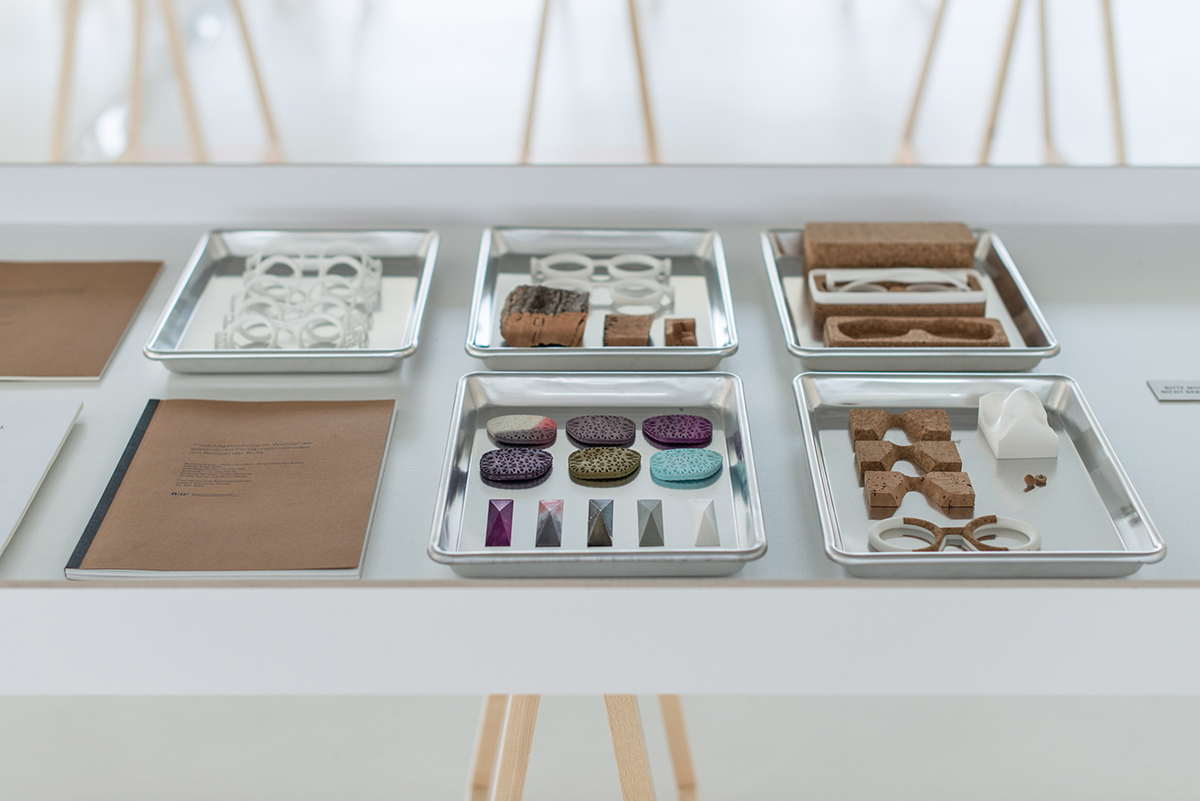 Here is a video of the Oak & Dust design and fabrication process: 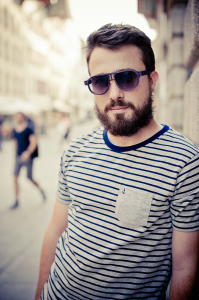 Gögl chose cork because it can easily and quickly be CNC milled to the exact shape of the wearer’s nose and it has a surface that creates friction, preventing the glasses from sliding down. It is also a natural product that is very lightweight so it won’t leave marks or indentations in the delicate skin on the bridge of the nose. Cork was also used to create the custom case with the exact shape of the glasses milled into it, preventing scratches and excess movement while protecting it from impact damage.

Eyeglasses have been around for nearly two thousand years and while the technology of creating the lenses has advanced, the actual construction and design of the frames has really only changed superficially. But thanks to 3D scanning and 3D printing an entirely new generation of designers are beginning to change that.

While the type of optometry shop where Gögl creates bespoke glasses for his customers is still a rarity, the affordability of 3D printing technology could radically alter the way that frames are made. It could also allow consumers who would normally be unable to afford custom eyewear access to them.