In a carefully timed and precisely calculated move, the Australian Cartesian Co. has launched its Kickstarter campaign today, at 2pm GMT, introducing The EX¹ 3D printer. And this is most certainly NOT just another 3D printer. The EX¹ has been developed to print electronics and circuit boards as quickly and as easily as printing a photo, according to the company. 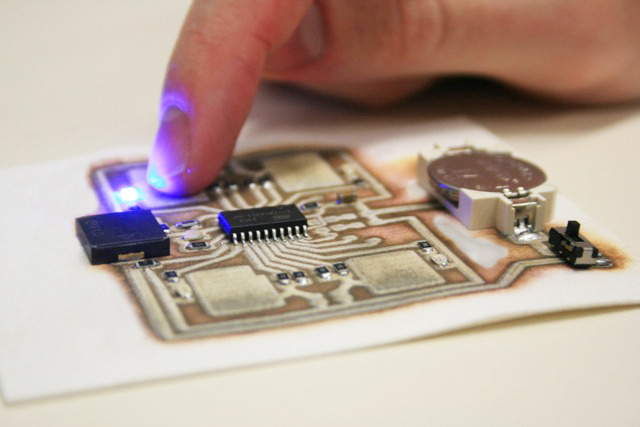 So when I say ‘carefully timed’, this is due to the fact that the Cartesian Co. has coordinated the launch of its campaign to coincide with the 2-year anniversary of an article in Wired that said that ‘within two years 3D printers would print electronic circuits.’

The EX¹ is a desktop device, utilising inkjet technology to print in elemental silver on a range of different substrates in the same way an inkjet printer does. It claims to make the printing of complex circuits simple and quick for a range of applications — from a gamepad remote control for example, to wearable technology. 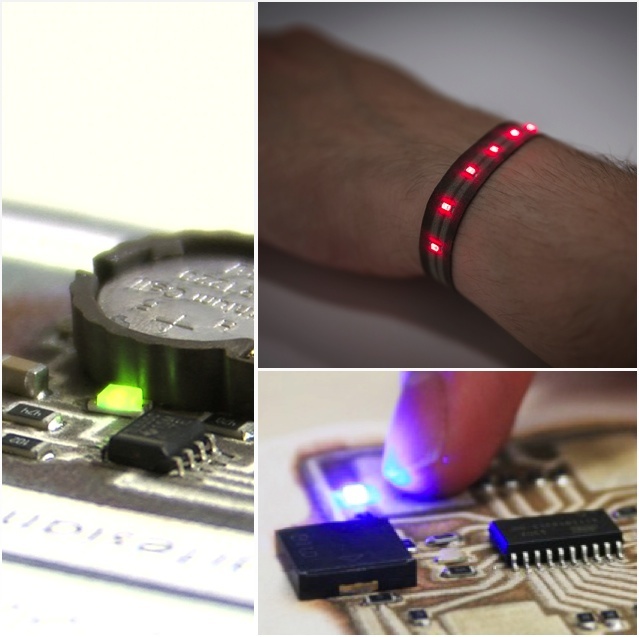 Ariel Briner, Co Founder and Head of Electrical Design at Cartesian, explained: “There is a real barrier into the world of complex circuitry, and Cartesian Co. wants to make electronics accessible for the every day person – giving them the power to bring their ideas to life through creativity and experimentation. We’ve been thinking about how to design a printer that creates circuit boards for four years now and developed the EX¹ over the last 9 months, and we hope the Kickstarter community will feel as passionate about the project as we do”.

I don’t think he has anything to worry about there. The campaign has been live less than 3 hours (out of 30 days) and has already tipped the half way point of its $30,000 goal.

Featuring two inkjet cartridges, the EX¹  prints onto a base material — the “substrate” — in the same way an average desktop printer would. However, instead of ink the EX¹ lays down two chemicals that mix together and produce silver nano particles, leaving a silver image on the substrate. The EX¹ can print on both conventional circuit board materials and various types of plastic, glass, wood, ceramic, silicone and even fabric and paper. The ability to print flexible circuits on such a variety of different surfaces means that people can be more creative and experimental with electronics than ever before.

There are so many ways that this could go, it’s mind boggling!

Isabella Stephens, a Cartesian Co-Founder, explained: “We want to change the way people think about electronics, the same way as 3D printers changed the way we think about making physical objects. Until now making circuits at home has been a frustrating and time-consuming process often involving lots of chemicals, but with the EX¹ you have the freedom to instantly test your ideas without the monotony of making a PCB by hand, the time spent wiring it on a breadboard or the days spent waiting to get your design back from a board house.”

With that in mind, it is possible to have control over every printing variable, with tools included to make creating electronics an easy process, while at the same time allowing the more experienced pros to push boundaries and experiment.

Useable substrates: Paper, a variety of plastics, fabric, wood, stickers, and many more to be tested

Cartridge yield: Depends strongly on size, quality of prints, and substrate used, but generally in the order of dozens of boards

There are still a couple of options for early-bird backers on the campaign at an introductory price of $1199 after which the price rises to $1499.

Delivery is scheduled for Q2 next year.