As I was writing the post about the PrismX 3D printer — yet another RepRap derivative sourcing funding via Kickstarter as a commercial venture for producing 3D printers — and after months of reading and writing about many new launches of this type, I found myself approaching saturation point, which in turn lead me to ponder how far away the industry is from reaching this point too?

Even understanding the nature of the RepRap concept and its potential for exponential growth based on self-replicating 3D printers and the incremental improvements from open source development, it seems to me that the number of start-ups trying to commercialise their individual products are struggling to find an identity in the crowd. Are we at the point where we just don’t need any more “me too” products. Of course, the interest and focus on 3D printing is still very high and naturally many want to cash in on it.

I guess the fundamental point I’m eager to make here is about differentiation — particularly for commercial entities. What could be a good guideline for all of the 3DP start-ups currently thinking about entering the market in the near future, would be the rewording of the ‘location-location-location’ mantra used to nauseating excess by real estate agents to better suit the world of 3DP —  something that each and every new applicant wanting to find real commercial success story needs to consider, namely differentiation, differentiation, differentiation. At the current pace, by the end of this year, the market will be infiltrated with hardware mountains, consisting of hundreds of undistinguishable RepRap-tech based 3D printers, no one, not even industry analysts, have a firm grasp of how many commercial RepRap type machines currently exist but guestimates are in the region of 100 now. The growth of the market is a good thing, of course, but when building a business plan and roadmap for future success you are going to need more than a growth industry to make a real impact. In the context of producing a stand-out 3D printer, building each part with the utmost precision and functionality is a given but it should not exclude specific focus on other parts of the overall product design as well. Or coming up with more unique examples of what a new 3D printer can actually do. 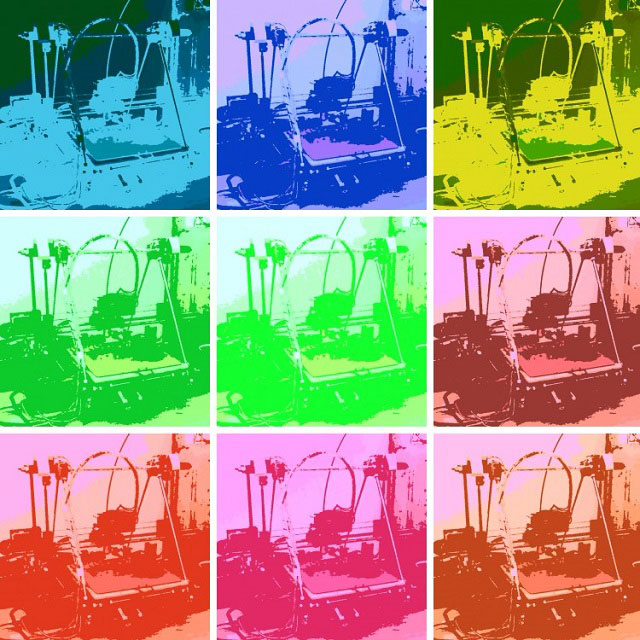 Some of you might think I’m being too harsh and overly negative – the actual real-world performance is what matters in the end, after all – but when looking ahead to increased uptake of 3D printing, which will surely come, more thorough business, marketing and design thinking definitely needs to be applied to the world of 3D printers, compared with what is currently being done. Due to my personal background, I’m looking at the big picture more from the perspective of design and marketing rather than just performance in this still undeveloped and immature market. Therefore, I think that the pure spec-fest approach (which does very little to differentiate many of the 3D printers in this space) just isn’t going to cut it anymore. Particularly if the average consumer – a condescending and somewhat degrading term in itself – is to ultimately be the target market, and seems to be the goal of virtually every manufacturer out in the open.

There is definitely a lot of space still unoccupied in the market, but in order to take permanent camp in that sector of blueish sea, these potentials – the current non-users – would also need to be actually heard in the process of designing a successful product.

Now there are some developments in this area and clear signs that a handful of companies are working hard on this angle, the stand out product would be the Makerbot Rep 2, which has evolved in form and function from its own origins in RepRap, and is currently enjoying significant market share. Similarly the Form 1, albeit it a different 3DP process, is aiming at the same target market at a similar price point offering true differentiation based on its own form and function. Two more companies, yet to release any hard evidence of the machines themselves, are heavily marketing good-looking machines that also promise improved capabilities to match, namely Pirate3D and botObjects.

It will be interesting to see how the industry and the market reacts to these two 3D printers if and when they emerge fully and how this will impact on the sales of RepRap-‘style’ of machines.