PrismX 3D Printer – A Mendel Descendant Looking for Your Funding

3D printing might be the only tech sector at the moment that relentlessly pushes out new core-industry hardware (3D printers) – developable, often crowdsourced concepts and market launchable  – each and every week. Regardless of their phase in the product development cycle, a few of these newcomers are created thoroughly with every relevant product and brand related aspect strategically considered beforehand, whilst many others seem to rely solely on the key functional performance (specs & figures) hoping to share in the success of a burgeoning infant industry and the current attention it is receiving.

Though not now as prolific, a similar playing field can be seen in the mobile world with iOS products comparable to the prior and (mostly) spec-chasing Android OS devices in the latter category – both relevant in their own way, but targeting differently orientated users. This thought wasn’t exactly allowed to escape my mind when introduced to the RepRap based PrismX from Terawatt Industries, a new – you guessed it – 3D printer, which is currently a Kickstarter project. Of course when introducing a crowdfunding project, the pitch video is a must.  We live in a world where moving images and fast editing together with a youthful (read ’trendy’) soundtrack is deemed the only way to catch the consumer’s attention by so many companies, but maybe, just maybe a bit more consideration could be given to the quality and structure of the KS short films as well. In my opinion, if you’re trying to push a professional, high quality product image of your mechanical child to the (sub)consciousness of the viewer, the video should be produced, directed and edited keeping those attributes in mind.

But what is the open-source PrismX all about? In Terawatt Industries’ own words, it’s a “3D printer that sets new standards for precision, speed, and strength”. Looking at the spec sheet, it does boast good features, even if not that exceptional coming from the RepRap lineage, it’s of course a FFF machine, which is built for using 1.75mm PLA and ABS filaments, but can be calibrated to make use of the heftier stuff as well. The max resolution is 100 microns, with 150-200 microns for the standard 0.5mm stock J-head nozzle, but smaller nozzle sizes (0.35mm and 0.25mm) can be used. Build size-wise you’re looking at a heated bed with 215mm x 210mm x 200mm (8.5″ x 8.25″ x 8″). The rest of the specifications are at least on-a-par with similar RepRap-based 3D printers, but based on the PrismX’s sheet it’s higher quality with several heightening prefix adjectives such as precise, deluxe, exceptional and so forth.

If the complaints of Kickstarter being an online-market place rather than a non-equity risk funding service platform are pushed aside, price-wise a complete PrismX 3D printer – unassembled – is positioned at $1,195; and $1,795 for the assembled option. The $600 difference might indicate some labour-intensive assembling, but focusing on that isn’t really relevant. More importantly, it should be noted – which you might have already done – that PrismX does face some very serious and heavy competition in the prosumer field, with many great alternatives to choose from in the ~$2K price range. 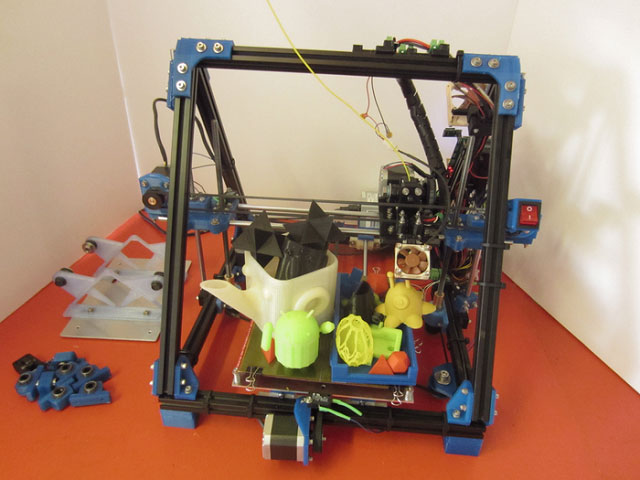 Moving away from the technical side, visually there is some resemblance to the Mendel-based Lulzbot AO-101 – also a Mendel descendant. Also interesting to note is these two printers’ area of origin – both applicants come from the Centennial state that is Colorado, US.

Therefore, PrismX is not exactly a KIRF per se, but certainly plays visual homage to the Mendel(-Lulzbot’s) design language – that is to say too much in my opinion. There needs to be more differentiation — and not just in this case, but across the board — more of which in a separate post. 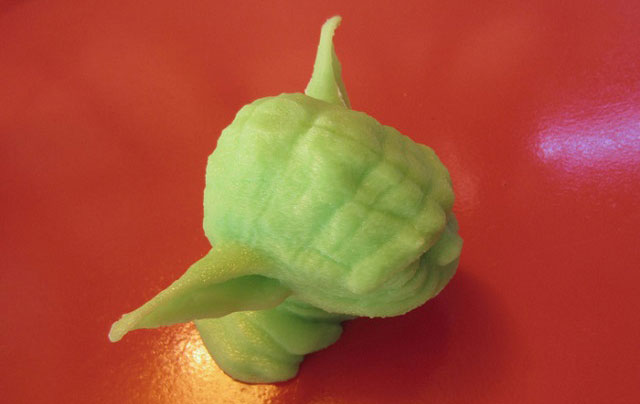