Paying homage to the city of Saint Francis, a local start-up ONE Degree watches is aiming to accesorize fashion conscious consumers with a watch celebrating San Francisco and its distinctive landscape. 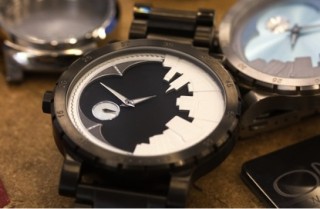 Combining his passion for both watches and the city of the Golden Gate, the designer-founder of the company Paul  Youngblood also wants to polish the image of traditional analog watches, which he sees as having been pushed under the radar with the recent storm of next generation digital timepieces: “I have always had an affinity for analog and digital watches. There is an amazing digital timepiece revolution going on right now. Companies like the Pebble are at the forefront of this revolution. I felt the analog side could use a little love too. I realize that a lot people have moved away from traditional watches, but there is still a large demand for creativity when it comes to timepieces.” 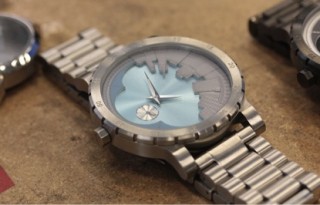 Foreseeing the groundbreaking impact of 3D printing tech in the future of all hardware design, Paul Youngblood also wishes to spread the message to other parties not yet aboard the 3D printed future train: “3D printers and services have allowed hardware entrepreneurs to dream bigger then they could have ever possibly imagined. Literally, anything you think of is possible. I am lucky enough to be a designer at the ground floor of this budding technology.”

The future might also bring other cities with distinctive skylines into ONE Degree watches’ offering, as their primary goal of  raising $15k amongst other watch and design enthusiasts has already been topped after just nine days of pledging on Kickstarter.  Watch Paul himself describe the project in more detail below.

About ONE Degree Watches

ONE Degree Watches is a brand new company focusing on innovative timepieces. The philosophy of the company is to inspire people to realize that you are only ‘one degree’ away from making their dreams happen. The company was founded by Paul Youngblood in early 2012. The San Francisco cityscape watch is the first style being offered by ONE Degree.