I Designed My Own 3D Printed Replacement Leg

Courageous 24-year-old Natasha Hope-Simpson was the victim of a cowardly hit-and-run that horrendously left her, literally, pinned between two vehicles last November. The result of the incident was that Ms. Hope-Simpson tragically lost one of her legs below the knee and was hospitalised for well over a month. In a story that turned from trauma and tragedy to aspiration and inspiration, Natasha bravely faced her loss, and brilliantly overcame it with her creative prowess, courage and perseverance, by creating her own 3D printed leg prosthesis. 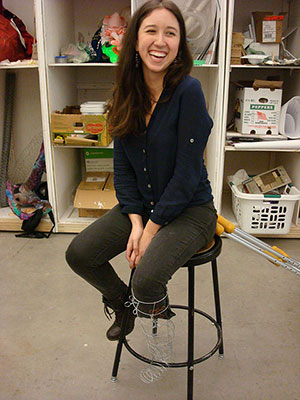 Ms. Hope-Simpson gratefully received a prosthetic leg, a sign of the technological progress that was made in the twentieth century. The replacement limb was functional, but the augmentation was aesthetically displeasing. The Nova Scotia College of Art and Design student was then put in contact with Truro-based Thinking Robot Studios to design a new, better looking leg using twenty-first century technology — 3D printing.

The victim turned creator said: I’ve always loved art and creating things that are beautiful. I guess thinking about a body part that is being made for me shouldn’t be any different. I [wished] for a more feminine looking leg because there are a lot of aspects in the mechanics of a prosthetic that don’t speak the language of femininity.” As an artist the opportunity to design her own replacement limb, which was to then be 3D printed, was an opportunity that she was deeply enthusiastic to find: “If there was something I could do to make it look and feel like the rest of my body that would be great.”

Kendall Joudrie of Thinking Robot Studios said :”We had a very limited time, roughly seven days, to produce this design which normally takes months to produce. The panels on it perfectly mirror her symmetry. They are completely removable and modular. In the future, now that we have her shape, she can apply any type of creative element onto those panels and we can reprint them.” Along with partner Jourdan Dakov, they made the necessary adjustments so the leg would be comfortable and functional.

When she got her first look at the 3D printed prosthetic leg she designed, she says it was even better than she imagined. Ms. Hope-Simpson has since stated that she even intends to keep researching and designing with Thinking Robot Studios, turning a terrible accident and cowardly incident into a truly anspirational positive. Natasha leaves us with a thought, that should truly instil inspiration into ever reader:

“Everybody should have a say in what sort of look their prosthetic has, because it’s a part of their body.” 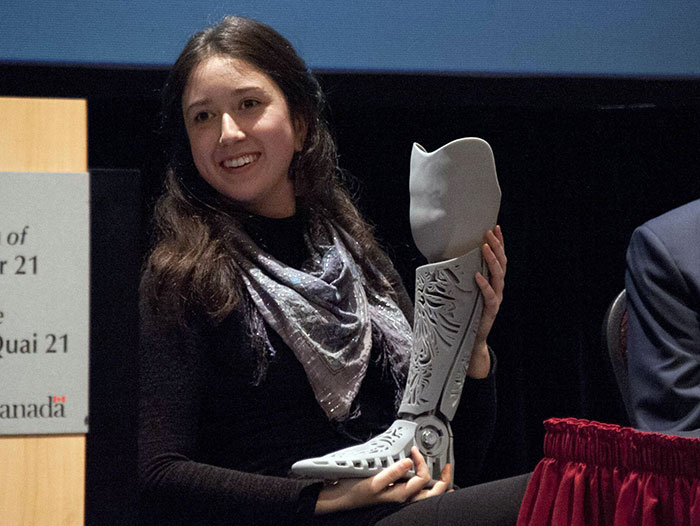