This week we’ve already been to the dark side of the unnatural hybrid moon with a 3D printed robotic spider, but today the world of Unmanned Motorized Objects brings us a more traditional example, more specifically on how electronics and a miniature-sized vehicle can be brought together in quite an amazing way. The project, a brainchild of 3DP-slash-robotics enthusiast Jim Frye and co-created by the 3D modeling mystery master man behind CTM Projects, is called simply the 3D-Printed Micro R/C Crawler and it is indeed quite an astonishing looking creation.

Things kicked off when Jim Frye wanted to build a micro r/c vehicle with 3D printed parts. Jim then contacted CTM Projects to get some help with the 3D modelling work, which was done with SolidWorks as well as some preliminary operative simulation such as what would be the limitations of the suspension in the actual 3D printed versio . Below you can see one of the image renderings of what the final micro-vehicle was to look like. 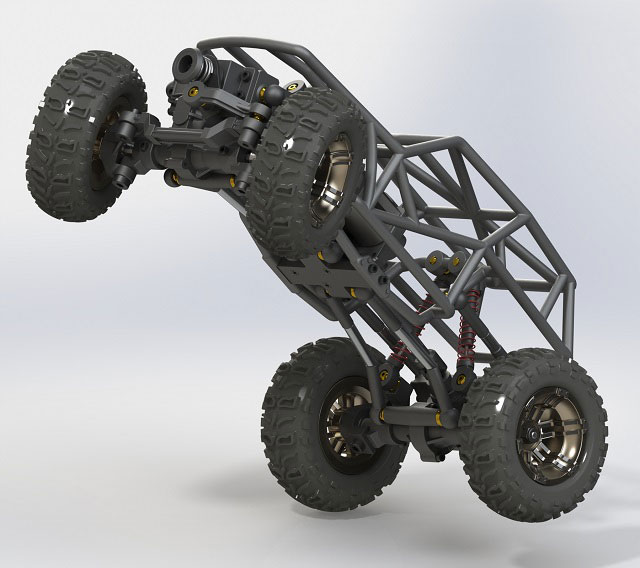 Once the design work was finished with the software, the team moved to some real-world testing as Jim Frye got himself a 3D printer to get the job done. Below are two photos of the first prints – the chassis and some other parts.

After testing the parts, the project’s next phase was obviously to include the heart of the micro car inside and start testing in the R/C cars’ natural (miniature) terrain. Here’s an image of the chassis and structure testing in the real world. 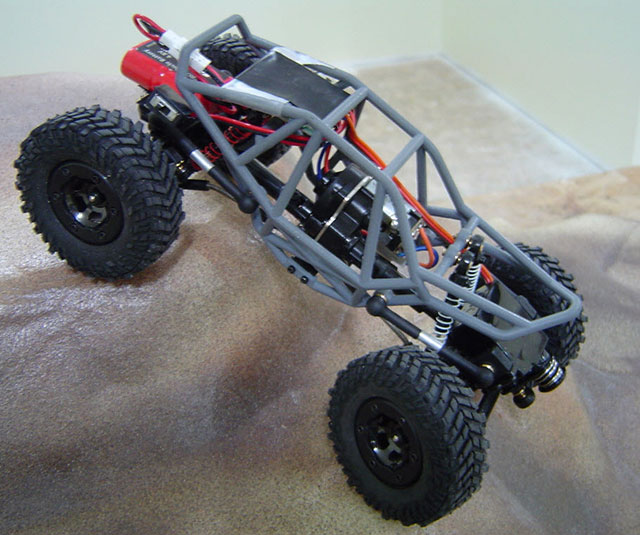 Words and still images are one thing, but in the lack of a possibility for a live experience, nothing really beats video. Therefore you should definitely watch this one showing the finalized r/c model – called the Specter – in action:

If you were already throwing your money at the screen, the unfortunate news at this stage is that the commercialization/distribution aspect is not yet decided by Creator Frye. However, a unified web-based peer pressure front would undoubtedly guide him in the right direction – i.e. either to sell the designs, the already 3D printed bundles or even to share the designs in an open-source forum for the whole 3DP and micro-car enthusiast worlds to enjoy – or at least Icelanders, who already seem to be quite fond of the micro rock crawlers bigger, full-sized brothers and sisters.