Chris Natt is an industrial designer who has shifted his focus from working with clients evaluating the success of his personal contribution by looking at the last numeral lines to building something that could actually improve people’s lives on a concrete level. Along this line of humanitarian-oriented projects, Chris has been tackling probably the most urgent and alarming issue in the whole world – scarcity of clean water – and its implications on all aspects of a better life with a waterless toilet system, which uses biodegradable lining instead of water. The most recent project, however, doesn’t try to solve problems with scarcity, but rather quite opposite, with abundance – removing landmines from areas devastated by the effects of long lasting wars – with something called Blastproof.

Chris of course is not the first person to approach this issue, as landmines have long been considered as one of the most inhumane weapons – if that word can be even used in the context of war as a ‘humane weapon’ is an oxymoron – by Amnesty and other international organizations. Horrific injuries aside, landmines are relatively low cost and therefore have been used excessively without any location mapping for later safe removal from the ground.  Also, even though most countries have already signed an international treaty banning the use of landmines in general, there are still many vast war-plagued areas  around the world that are still infested with mines, ready to explode, no matter how many high-ranked signatures are scribbled onto official treaty papers. The process of removing the underground bombs has also remained practically the same for decades, but Blastproof is trying to bring a modernized – and most of all affordable – approach to the currently most used solution of using deminers – actual people trained to find and remove the mines with tools originally created in the eighties.

One of the biggest problems related to this aged approach is that the manual process hasn’t really been something that could be learned in a classroom to a sufficient extent, but only through actual field experience. Blastproof has created 3D printed simulation mines with this in mind, built to give the deminers a better understanding prior of going to the actual mine fields of how the detonators work, how much pressure is needed and so forth. This could potentially be a real lifesaver, as the mines can often work quite unpredicatbly and practicing in areas with actual live bombs is a scary option – thus the 3D printed prototype simulation mines provide a valuable training experience and give the alumnis a strong advantage over novice deminers. 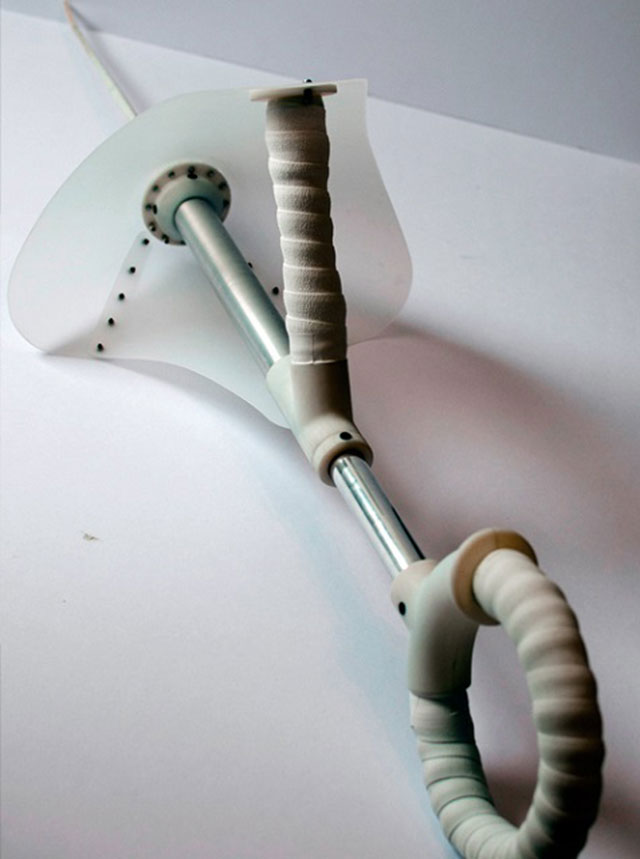 Practicing with mock-ups is of course not enough, as demining as a process requires much more than just a trained eye, coordination skills and unimaginably strong nerves. The hand-tools currently used for detecting mines are often equipped with short handles, which can also lead to unnecessary additional accidents due to the deminers placing their limbs in the blast radius. Blastproof hand-tools are equipped with sufficiently long handles and a shield, which can radically decrease the possibility of losing a limb when working in close distance with the bombs.

All new Blastproof tools are fundamentally built with two attributes in mind – scalability and robustness. Even though 3D printing as a manufacturing method for the simulation mines and other relevant training and live-situation equipment could be used to bring the costs down and potentially save a lot of lives of the deminers due to better preparation, the core problem doesn’t cease to exist. But before every country in the world has signed the usage ban treaty and efficient non-human deminers have been created in an electronics lab, Blastproof does give a glimpse of hope for those living in mine-ridden parts of the world.