3D printed hand puts the ball back in play

Prosthetic limbs are designed to improve the patient’s quality of life but, even with the rapid advances in prosthetic technology, there are limits.

Replacement arms and hands are generally built to be robust and stand the test of time, while giving the recipient some mobility. Recent developments have increased mobility and even given something approaching sensitivity back. That simply wasn’t enough for young amputee Logan, though. He wanted to play basketball.

AIO Robotics rose to the challenge and sponsored a team at UCLA, challenging them to come up with a design for a new right arm for Ryan that would deliver on the court.

The Spock was born in the AIO Robotics Zeus printer and Logan was on his way.

The brightest young minds in the printing world

UCLA is the founder of the 3D For Everyone (3D4E) program, an intercollegiate network for 3D printing enthusiasts. Four universities currently collaborate on the project, including UCLA, the University of Southern California, Loyola Marymount University and San Diego State.

This expertise, combined with the robotics knowledge of the university engineering and biomedical departments, enabled the team to create a prosthetic lower arm and hand that was a total slam dunk.

The rigours of the court

Basketball places unique demands on a prosthetic hand. For a start, Logan needed to have control over the hand and fingers to palm the ball.

He also needed some spring in the wrist to launch a shot from the free-throw line, which came from the powered robotic elements that work in harmony with the 3D printed design. It had to be tough enough to take the constant impacts as well.

It was an intriguing set of conflicting problems that inspired the engineering minds at UCLA to set to work. 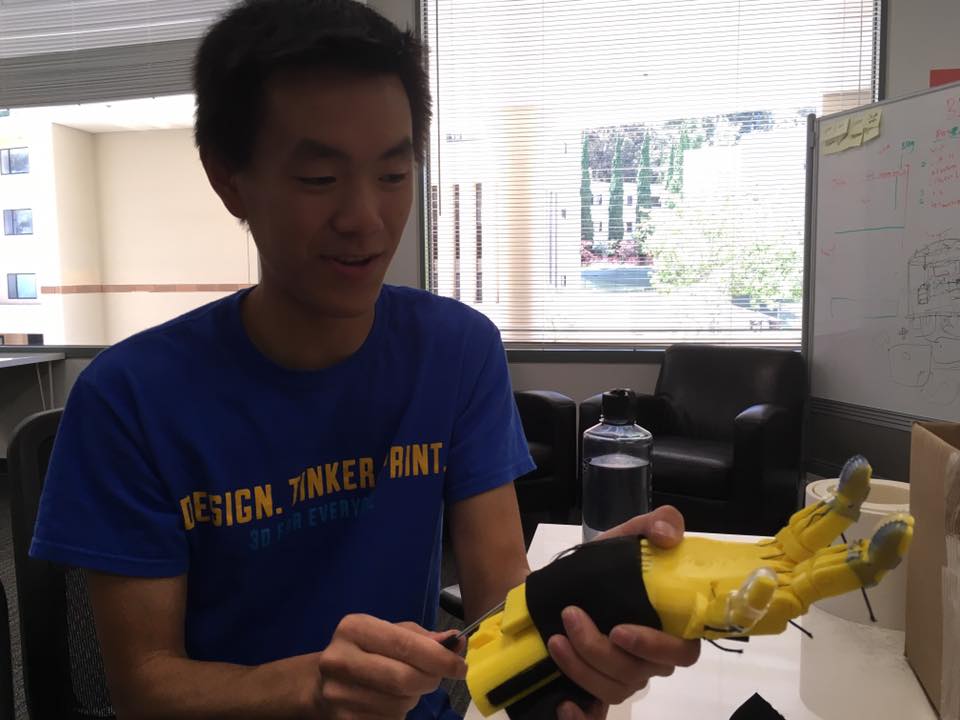 The end result doesn’t share as much in common with a human hand as you might think. Three large fingers come with rubberised tips to provide the necessary grip.

The palm and wrist do look largely like our own, but this is the optimal design for a basketball hand. Logan now has the evolutionary answer, as discovered by the genius minds of the UCLA 3D printing team. He has a next gen ball player’s hand.

They played a quick hand

A fair amount of trial and error was also involved in the design process, but the timescale for such an advanced piece of work has been exceptional.

The project started just a few months ago. The UCLA group then announced the project’s existence at the end of April, in advance of the Blackstone Launchpad meeting that discusses new projects and potential improvements.

Logan took to the court on May 24th and immediately managed 17 baskets. So we just have to congratulate everybody on a resounding triumph for ingenuity and engineering.

Not every part of UCLA’s robotic basketball hand will make it on to the next generation of prosthetics. Indeed, none of them might make it through to any form of mass production.

The fact that it is here at all, though, is a testament to what a small and determined team can do with modern 3D printing and a little lateral thinking.

A PR exercise with a heart

It was really solid work from AIO Robotics, too. This is a way that companies can publicise their products, show that they care and put out a powerful message that 3D printing is a force for good.

Without the consumer all in one scanner and printer called Zeus, or a machine like it, hack projects like this simply could not happen. If that were the case, Logan would still be watching the game from the sidelines.