3D Print Your Heart Out with Materialise’s HeartPrint Models

When I first started to follow the 3D printing industry, one of the first apparent advantages that I was shown (by the people at Cavendish Imaging) was medical modelling for pre-surgical preparation. By 3D printing the area that the doctor is going to operate on, the surgeons can practice the intervention so that when they perform the operation they already know how to act.

What I did not fully comprehend was the extent to which surgical modelling can go and the possible application in device R&D and marketing. At least until I browsed Materialise’s HeartPrint catalogue of surgical heart models. There are many, many possibilities: from cardiac, to vascular to CHD (congenital heart disease) to Valve models. Now some of these models can be seen being used with three types of left atrial appendage occlusion devices, which are used in a treatment strategy to prevent blood clots.

The first is an operation to be performed on an 87 year old male who suffered a stroke.

The second is a 56 year old male who experienced intracranial bleeding.

The final case is that of a 80 year old female diagnosed with atrial fibrillation in 2012.

Materialise’s HeartPrint offers the ability to 3D print custom cardiovascular models from patient data that can be created using its own Mimics Innovation Suite. A library of standard ready-to-use models is also available. The advantages from using 3D models in preparation for surgery begin in pre-clinical trials, where they help communicate with physicians, practice interventions and reduce trial costs. They then extend into device R&D and education to finally affect even a device’s marketing strategy by helping to differentiate and visualize the device’s functionality. 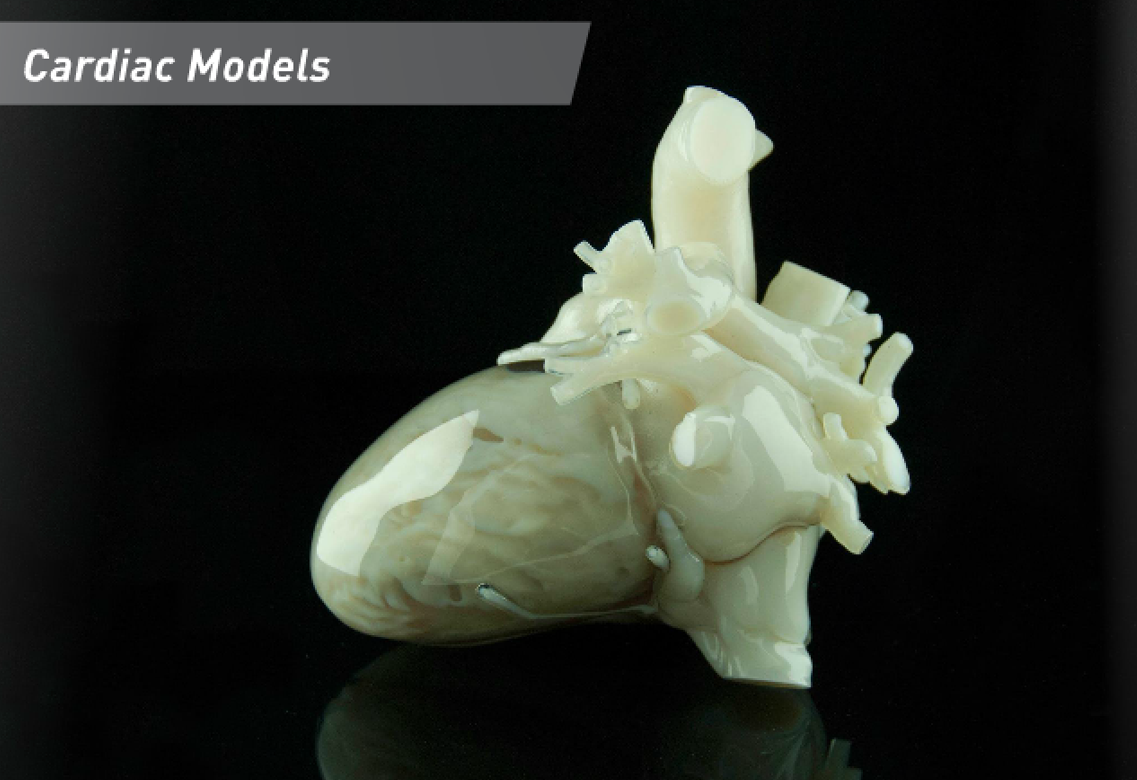 Whether a surgical device makes it into the market or not may seem irrelevant to a patient, but being able to show that a device can truly simplify an operation may in fact make the difference between surgical success and failure.