Every month, 3D Hubs puts out another Trend Report that gives a unique insight into the world of 3D printing from their massive (now) ~30k users. And, since the distributed manufacturing network has added industrial machines, they’re not only able to add the experiences of desktop users, but pro users as well. The April Trend Report is now here and, as always, provides a great overview of the 3D printing space, all free of charge.

Uniquely, this month, the Trend Report takes  a look at 3D modeling software, a topic only covered once before by 3D Hubs. SolidWorks is the most popular program, far ahead of Autodesk Fusion 360. Because of the sheer number of Autodesk programs on their list (including 123D, AutoCAD, and Inventor), however, the two software giants are still neck and neck overall. Dassault Systémes’ CATIA also ranks as the third most used program. Blender holds its own at number 4, demonstrating that open source is still competitive against the modeling monopolies. 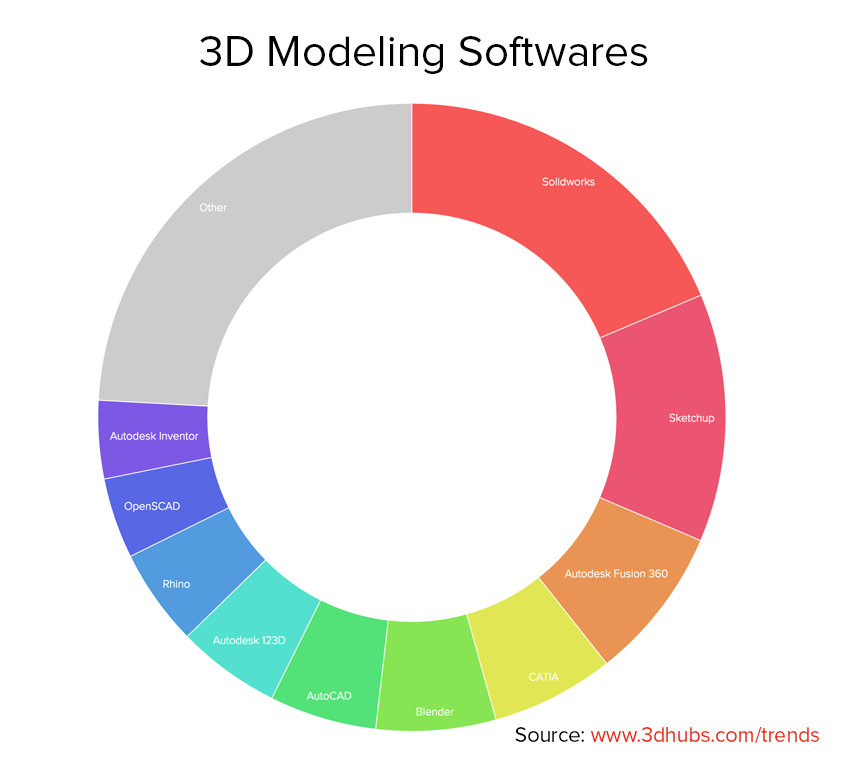 As for desktop printers, the BCN3D SIGMA from Spain climbed to the top of the rankings, interestingly enough. 3D Systems leads the industrial charts with their ProJet machines. Ultimaker 2+ and the Da Vinci 1.0 PRO are the two most trending printers at the time. New York and Los Angeles continue to be the two most popular 3D printing cities in the world. Ultimaker and MakerBot remain the most popular machines, with the Replicator 2 dominating in North America and Ultimaker 2 in Europe and the Asia Pacific region.

To gain more insight from the report, head over to the 3D Hubs page here and take a look. There will be plenty more to come as the distributed manufacturing network grows with each month, so stay tuned for next month’s Trend Report, as well.