Last week Michael wrote a very interesting piece about the multibillion dollar question on everyone’s mind: how to deal with IP protection in the age of downloadable objects. The issue is also relevant when it comes to commercial 3D printers and their proprietary 3D printing firmware. We have had word from Oliver Fueckert that the – previously closed – platform of the XYZ Da Vinci 3D Printer has been “jailbroken” to run on the open source Repetier software.

For the Taiwanese company if may be a bit of a setback, as its business model is based on the sale of low priced 3D printing hardware (the Da Vinci starts at $499), along with proprietary filament. The filament is supplied in an enclosed proprietary spool, to “ensure standards of quality” and does not exactly come cheap at $28 per 600 gram spool (which comes in at about $46.5 per Kg).

According to Voltivo blog administrator Oliver Fueckert, however, “the limitations of [XYZ’s] proprietary software were just too big not to tempt people to adapt open source firmware to gain greater control over slicing and printing. 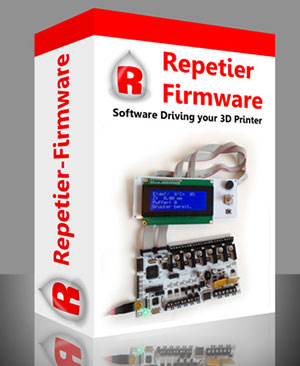 The process of making Repetier Firmware run on the Da Vinci was not easy (though probably quite a bit easier than jailbreaking the iPhone). As user BGM, one of the two credited with the hack, put it, he “got the Repetier FW running on the printer. The LCD, buttons, SD card, buzzer, fan, USB serial, and XYZ motors/end stops are working. The thermal readings are way off, so that’s the next thing to address.” He added he would release the code once he could get something printed.”

He did, finally, get something printed and you can check out how the test cube came out in the video below. This also means that using third party filament on the Da Vinci is possible and, more importantly, as Fueckert points out: “making consumer 3D printers with closed firmware is not a great idea.”

It will be interesting to see what large companies such as MakerBot and 3D Systems will think about the issue, as they prepare to conquer the consumer segment. In my own personal opinion it seems likely that hi-tech consumer product manufacturers will continue to release close proprietary products and programmer/hacker communities will continue to jailbreak them to get the most out of them. It happened with computers and gaming consoles and it will continue to happen with 3D printers, though implications will undeniably be more profound in the long run.