Possibly because I am planning a trip there later this month, I seem to notice more 3D printing news coming out of Israel. Recently we covered developments with Nano Dimensions’ conductive ink 3D printing and Massivit’s large size gel dispensing technology. As the Times of Israel reports, a company called Xjet presented a potentially disruptive technology at the recent Go4Israel conference in Tel Aviv.

This may be the most disruptive approach so far in metal 3D printing and might very well set off another period of rapid growth and innovation. The technology promises to eliminate some of the biggest entry barriers to metal AM by lowering time and costs, without sacrificing accuracy and mechanical properties. The way it is going to do this is by introducing a 3D printer based on the “world’s first direct 3D metal jetting system, using patented Nano Metal Jetting© technology”.

At the helm of Xjet are two of the people who have built Objet, one of the world’s leading 3D printing companies, which has now merged with Stratasys to form the world’s biggest 3D printer manufacturing and service group for yearly revenues (close to $1 billion). They are Objet’s founder and former CEO, Hanan Gothait, now CEO of XJet, as well as CTO Dror Danai, who has been VP of sales and business development at Objet.

In fact, it sounds as if the technology is related to Objet’s tradmark PolyJet (multi-jet printing) technology. Only, instead of a curable resin, the machine’s print head is capable of dispensing a patented nanotechnological liquid metal material. “Objet’s big innovation was inkjet 3D printing, using plastic materials like PLC,” Danai said. “At XJet, we are developing an inkjet printing tech for liquid metal, the first time this is being done anywhere.”

According to Danai the inkjet technology that Xjet is developing will allow digital additive manufacturing production of single, customized objects at prices that are a fraction of the cost of all current metal powder bed, laser-based technologies. The Times of Israel also reports that the proprietary liquid metals Xjet is creating are based on nanoparticles of specific metals, stored in a special liquid solution that, encased in a tube, is inserted into its printers. 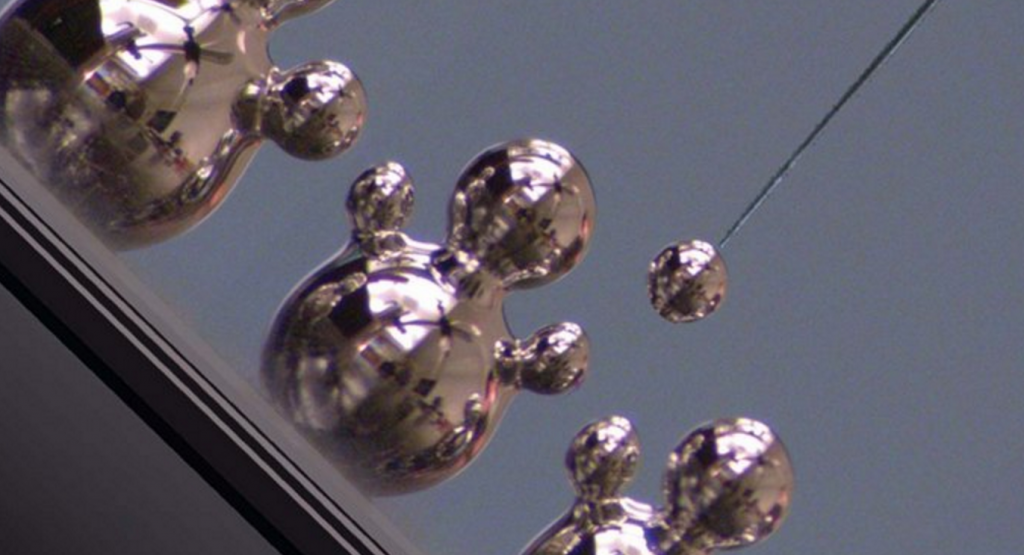 “Because of the nature of the technology,” Danai explained, “each metal requires its own process to develop. We are starting with stainless steel, and expect the printers and the liquid metal to be on the market in 2016. After that we will work on other metals. Eventually we hope to get to all the major metals used in manufacturing.”

Behind Xjet, as investors and venture capitalists, are large groups such as Applied Materials, a world leader in semiconductors, and Landa Ventures, the investment arm of the large digital printing group Landa. If that is any indication, there will soon be is a new acronym to learn in the world of 3D printing technologies: NMJ. It looks like it is going to be a big one in the future…