Sometimes it is all too easy to lose track of the desired outcome after spending several hours 3D modelling in front of a computer screen. Now there is an App available to overcome this; the new Augment software allows you to visualize your 3D model on the fly in an augmented reality display to help you to see what the final product will look like — before hitting the print button.

The App is simple to use and after downloading it, all you need to do is print a marker card containing patterns to enable the App to render the designs on your tablet or smartphone display. Once you point your camera to the marker card, you get to see your design in its full glory. Certainly a welcome feature to check things out prior to creating a prototype or final product.

Using the camera function of your tablet or smartphone is becoming an important add-on for the designer community and there are now several newcomers offering the augmented applications for both iOS and Android platforms. Earlier this year, in June, a company called String™ launched a similar technology for the iOS platform that works on the same premise of using the marker cards enabling the App to visualise your design when you point the camera at the marker.

The Augment software currently supports STL, Collada, 3DS and Blend files and they can be opened via any iOS or Android device. The founding team of three engineers have got off to a good start with the project and they now have 20,000 active users. The App itself is free, however they have a commercial solution available for companies that wish to enable this service for their websites.

Have a look at the video below to see the App in action. 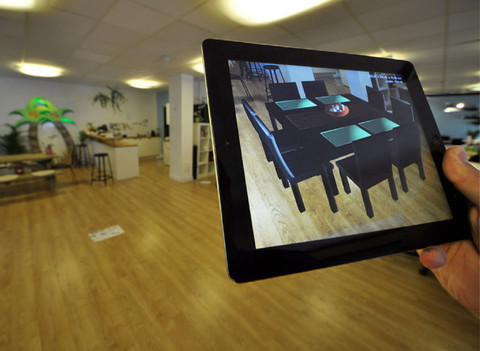 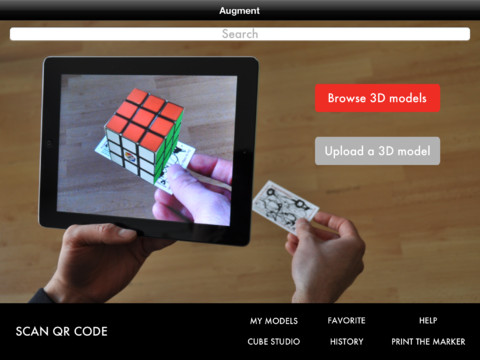 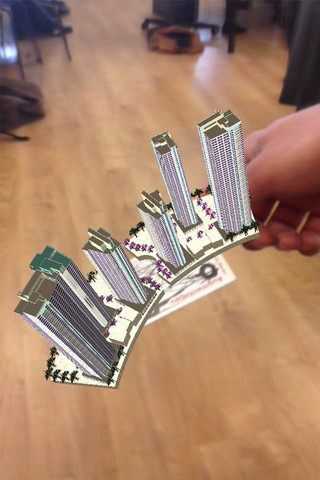