Ahead of the big reveal at Euromold later this month, Stratasys is announcing its new 3D printer product line-up today. This includes no less than 11 new platforms and some nice added value features to its range. It might take you a little time to wrap your head around all of these systems, I know I took a while to absorb all the information, when I got a first look last week at the Stratasys UK User Group meeting. And when you see the product names and images, you’d also be forgiven for thinking these are just incremental improvements on existing technology — again, as I originally did.

But bear with, because while there is a bit of that going on, there is actually more than meets the eye here too.

The first, and simplest, to address is the new Objet30 Prime Desktop 3D Printer. At the lower end of the PolyJet process platform range from Stratasys, this smaller machine does build on the established Objet30 platform, but new features include 12 material options, among them the capability to 3D print rubber-like material (in TangoGray or TangoBlack) and bio-compatible materials such as MED610. The Objet30 Prime also offers the capability to prototype soft-touch parts with a build size of 11.57 in. x 7.55 in. x 5.85 in. (294mm x 192mm x 148.6mm). In a further extension of capabilities, the Prime exclusively introduces a third print option – draft mode, which enables 36-micron layer 3D printing for faster build speeds allowing users to 3D print the most time- and material-efficient models and parts at the earliest stages of product development. The machine will be retailing at the same price point as its predecessor, around £30k. 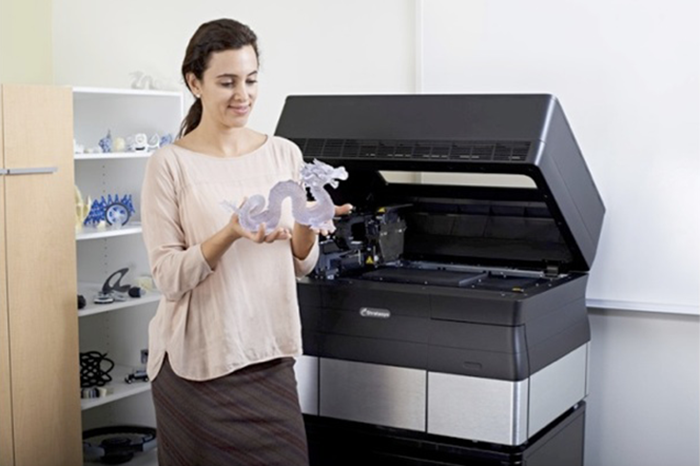 Sticking with the PolyJet process we move on to the new Connex systems. And this is where it gets more complicated. After the successful launch of the Objet500 Connex3 earlier this year, Stratasys’ emphasis on and expertise with unique triple-jetting technology witnessed the start of a new era in multi-material 3D printing. This is clearly where the company is focusing its efforts moving forward for industrial applications, as elucidated to me by a senior member of the Stratasys management team last week.

What Stratasys is doing with its six (yes, 6) new Connex platforms is broadening its reach with multi-material capabilities and making triple-jetting technology accessible cross-platform, for companies with different application and budget requirements.

The first three machines come under the Objet260 Connex 1, 2 and 3 series and offer a compact and office-friendly platform, while the Objet350 Connex 1, 2 and 3 series deliver the same capabilities with larger build sizes. And the top end Objet500 Connex series already available is also offered in 1, 2 and 3 versions, ensuring a complex but rationalized Connex product matrix. There is a certain logic to it and it is hard to deny it will be advantageous to a much broader range of users. But, I’’ll be honest, it’s also a dissemination nightmare. Basically, it comes down to Objet 260 / 350 / 500 determining the size of the platform, and the Connex 1 / 2 / 3 determining the capabilities of the platform.

One of the add-ons for the full Connex range is distinctly interesting, and this is a software development. All Connex platforms will support VRML-exported CAD files (in addition to the traditional STL), this, I am reliably informed, is a huge time saver for 3D printing in multiple colours, where previously each different colour area had to be specified manually prior to the print job commencing.

Incidentally, it is worth noting that the Connex range of 3D printers are the closest direct competition to the new (still in development) Multijet Fusion 3D printer from HP, and the next 1-2 years worth of Stratasys developments will determine just how closely they compete. 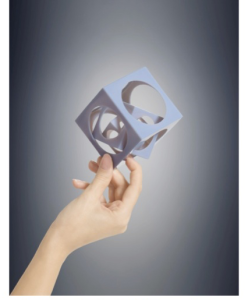 Eden Support Removal And finally for PolyJet, the final announcement with regard to this 3D printing process came with the introduction of the new Objet Eden260VS. This is really interesting because it adds the first soluble support removal process for PolyJet technology, previously the domain of FDM. Soluble support allows users to create delicate, more finely-detailed models with small cavities (which the process is very good at) and apply automated support removal. The new SUP707 soluble support capability works in conjunction with Stratasys’ VeroGray, VeroBlue, VeroClear and VeroWhitePlus materials. For complete flexibility when the need arises, water jet-removable support can be used with these as well as other materials such as elastomers.

And onto the production side of things, with the introduction of two new Fortus machines. Namely the Fortus 450mc and the Fortus 380mc. Both have be designed for reliability and ease of use, with a new touch-screen interface that allows users to make adjustments to their print jobs without disrupting operations and can achieve up to 20 percent quicker build times for complex geometries, according to the company. The Fortus 380mc is designed for high-performance prototyping and production tooling in a variety of standard and engineering thermoplastics. Featuring a larger build envelope than the 380mc, the Fortus 450mc employs the most advanced FDM thermoplastics and is ideal for mid-sized functional prototypes, production aids and end-use parts in specialized materials.

All of the new printers will be on show in Frankfurt in a few weeks at Euromold, where Stratasys will have an extensive presence. As usual there will be a big stand in Hall 8 but the company is also extending into the manufacturing area in Hall 11, with a second large stand.