For many, formnext is the most important event on the 3D printing calendar – visitors can see new technology for the first time, while for enterprises critical final quarter deals will be done.  Taking place in Frankfurt, Germany from 14 – 17 November, the 2017 edition will be substantially larger than last years event.

Already a number of manufacturers have provided previews of what visitors can expect, adding to this is the news that Stratasys has chosen formnext to make the European debut of their Continuous Build 3D Demonstrator.

First shown at this years RAPID event in Pittsburgh, the Continuous Build 3D Demonstrator has multiple 3D printing cells based on the Fortus engine. The modular system uses conveyor belts to allow uninterrupted production of 3D printed parts, and is designed for operation with minimal user actions.

This year the number of 3D printers featuring conveyor belts has increased, as our round-up article reported earlier in June. 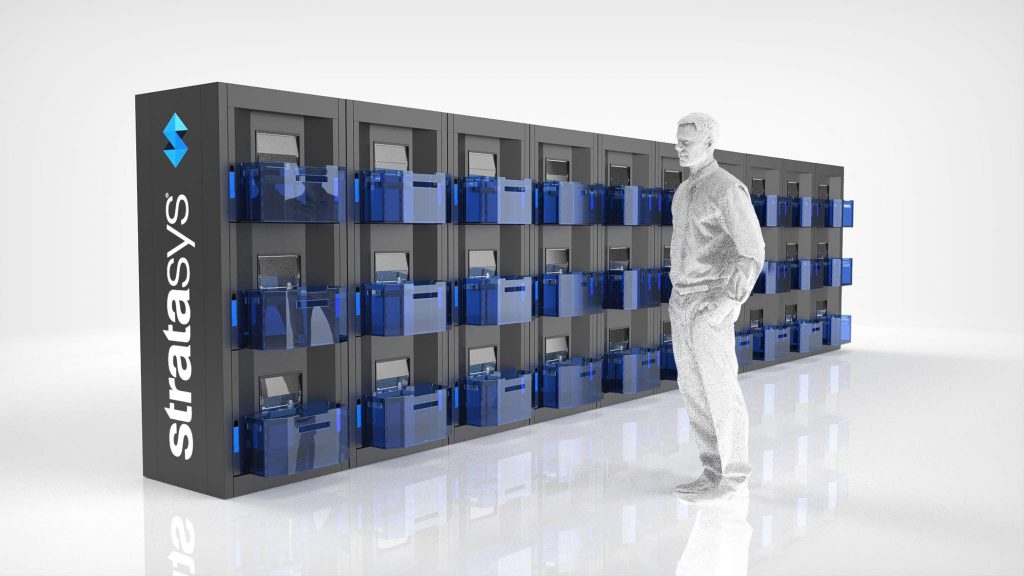 Automation of 3D printing is set to be a key theme for formnext 2017. Last year, major OEM’s such as Concept Laser and EOS presented concepts for integrating additive manufacturing with Industry 4.0 – visitors to this year’s show can expect to see how work on these projects has advanced during the past 12 months.

The show will also feature a number of presentations addressing the theme of 3D printing for production. Siemens Mobility, a Stratasys partner, will give a keynote on Stage 2, Tuesday 14th November, 10.30am, entitled, ‘Siemens Mobility customizes low-volume production with additive manufacturing.’

In addition to the Stratasys F123 series, the company will also be demonstrating a new utility for the J750. The J750 is a full color, multi-material 3D printing system and at formnext Stratasys will show how with, “vivid color transparency combined with full color texture, users will now have greater levels of color and texture control for more realistic prototypes.”