The 2014 James Dyson Awards Program awards have been announced at National Winner and Finalists level with pioneering students in eighteen countries receiving prizes for innovation in product and industrial design. Two 3D printing related projects have gained awards, with the Italian Award going to a Moziac Printer, the Ladybug. The Canadian winners are the team behind the PrintAlive Bioprinter, a 3D printer that aims to print new skin for burn victims far faster than existing methods, important as patient survival is inversely proportional to the time required for wound stabilization and coverage. Amidst an array of international innovation the team behind the PrintAlive bioprinter came out on top. Developed by engineering students Arianna McAllister and Lian Leng the students and their colleagues receive a $3,500 prize and the chance to compete for the International Winner award to be announced on November 6th.

The students observed that there are a range of limitations with existing skin grafting technologies such as that: ‘autografts require substantial tissue donations from the patient themselves and limits the applicability in cases of severe burns where significant tissue donations are not possible, allografts can transmit pathogens from donor to recipient and can face immunologic rejection by the patient, skin substitutes are prohibitively expensive and can cause allergic reactions, and cell therapies require long cell expansion and culturing times.’ Their solution is a 3D printer that uses two types of skin cells in a micro-liquid deposited via a cartridge to directly apply the cells in the intricate structures required. 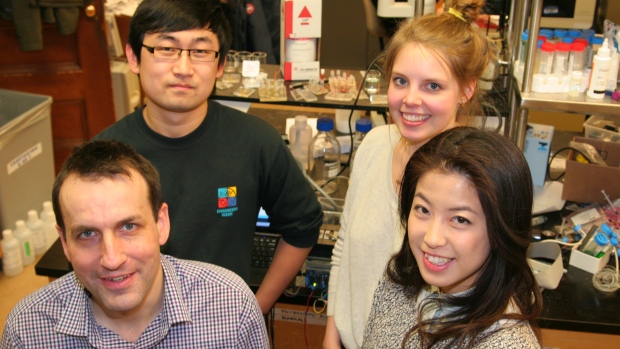 The skin printer is a ‘proprietary 3D bioprinting technology allowing human micro-tissue arrays to be routinely defined with unprecedented speed and resolution.’ Mr. Leng began the project as part of his MASc project at the University Of Toronto and continued as his PHd project whilst McAllister joined the research for her MASc. Initially the project was based around partial curing and lithographic deposition of silicon based hydrogel sheets containing live cells. As the iterations of the machine developed, the range of pattern complexity, density and resolution was increased. 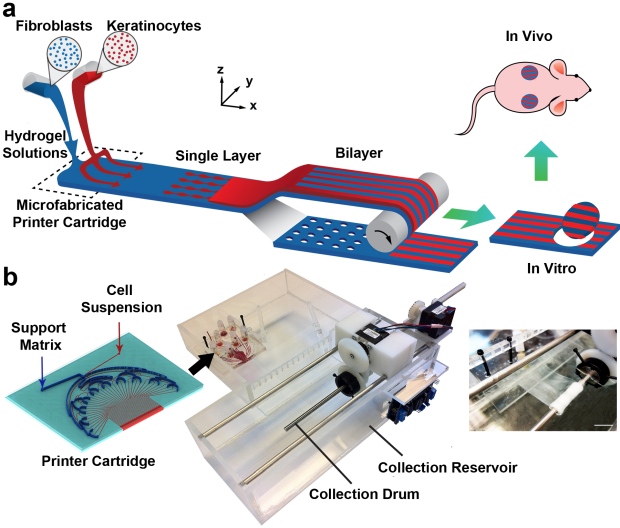 Currently the patented bioprinter is at the stage of pre-commercial prototype. Human clinical trials for this lifesaving technology are reportedly just three years away.