HP and Shapeways have proudly announced the installation of a new HP Multi Jet Fusion printer that has brought genuine 3D manufacturing one step closer at the Shapeways’ Eindhoven factory. 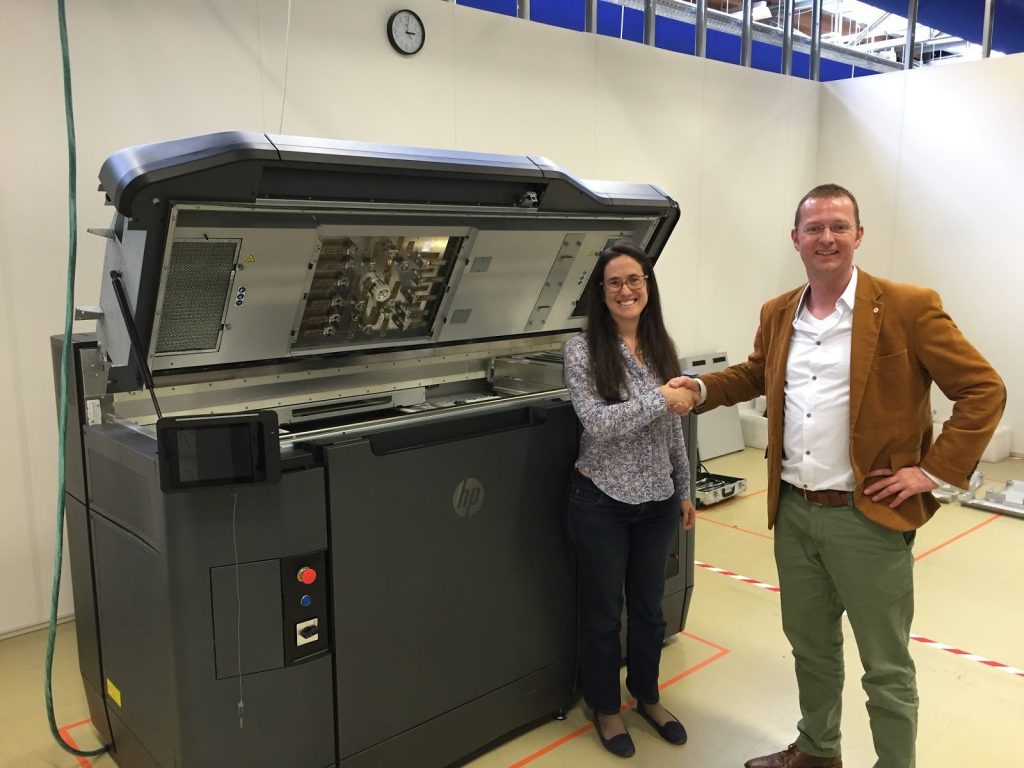 Shapeways has been in talks with HP about this installation since 2014, when it first learnt that the company was working on a commercial grade 3D printer. The tech giant that was once the world’s biggest computer company and an icon in home printing, set a series of ambitious goals for the new 3D printer.

A series of tough demands

It was going to be 10 times faster than existing machines. It had to be capable of genuine manufacturing, rather than limited runs or prototyping and it had to produce the best quality end product.

HP knew that the market was crying out for lower lead times, simplicity and a printer that could take over from a traditional production line.

Now, both HP and Shapeways think they’ve cracked it.

This is a real partnership

This is more than a printer purchase dressed up as a partnership. Shapeways is uniquely qualified to provide feedback and help drive the development of HP’s 3D printers. The two companies have worked together for the last 18 months to perfect the product and now, in the real world, they will continue to hone the next generation of printer using this as a test bed.

The Multi Jet Fusion 3D Printing System is a leap forward for the industry as a whole and now it can only get better with Shapeways’ involvement. It makes everything from jewelry to cups and toys, so there will be a vast amount of different materials and requirements that the HP printer will simply have to cope with. This will reveal any flaws and help both firms iron out the wrinkles in what could be a game changing printer for the industry.

There is just one issue, unlike Stratasys’ advanced prototyping machines, the HP can only print in one material and colour at a time. Expect more from the next generation, but for now HP is concentrating on speed and the quality of the end product.

“HP’s printers can produce really high-resolution parts at a cost and a speed that blows the competition out of the water,” said industry analyst Joe Kempton. “Its technology really is a huge step forward and a game-changer.

“What its competitors have, at the moment, is a wider range of materials and the ability to print in multi-colour. But in the long term, HP should be able to close that gap.”