SeeMeCNC Prepares to Unveil the Daddy of 3D Printers 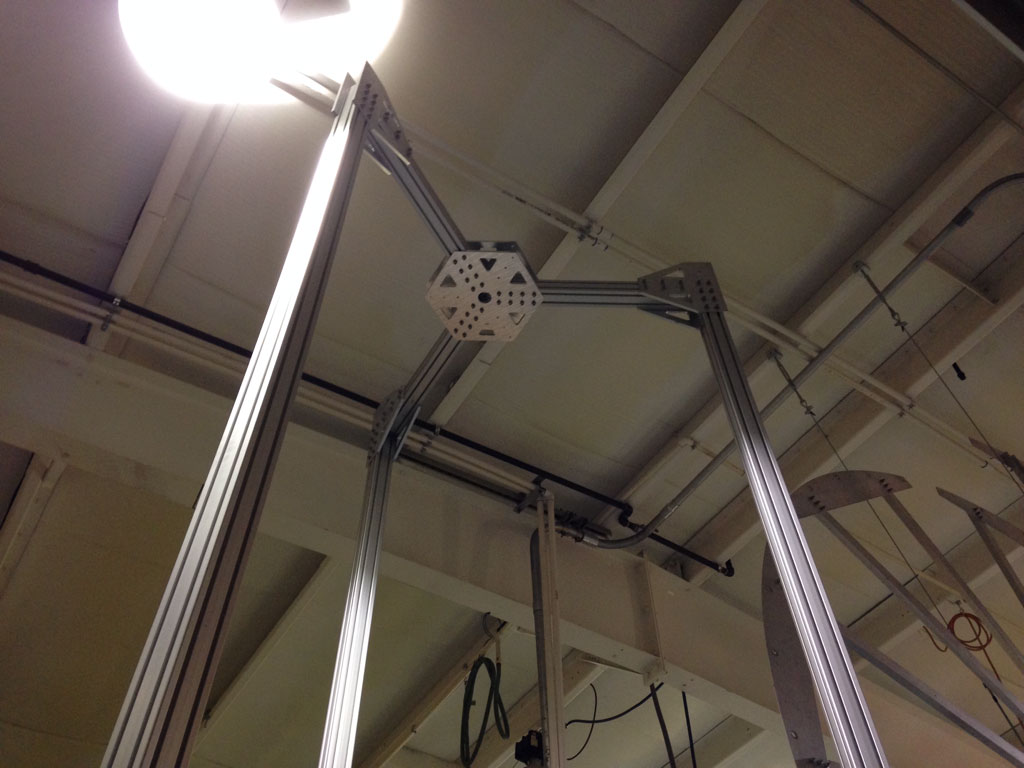 The 3D printing behemoth is called the SeeMeCNC PartDaddy, and it’s so massive that they even had trouble just raising it up in their own workshop to finish the build. Earlier this week they released a short video of the build process, and just getting the frame right side up seemed to be quite the challenge. You can see the video here:

The construction of the PartDaddy will be similar to the Rostock MAX – just a lot bigger – but the frame will still be made out of CNC machined aluminium parts. The build table is going to be about four feet wide and almost 15 feet tall. Because of the larger size, anything made on the PartDaddy won’t be as detailed as a smaller 3D printer but it will have a swappable 6.35mm or 7.25mm print nozzle. 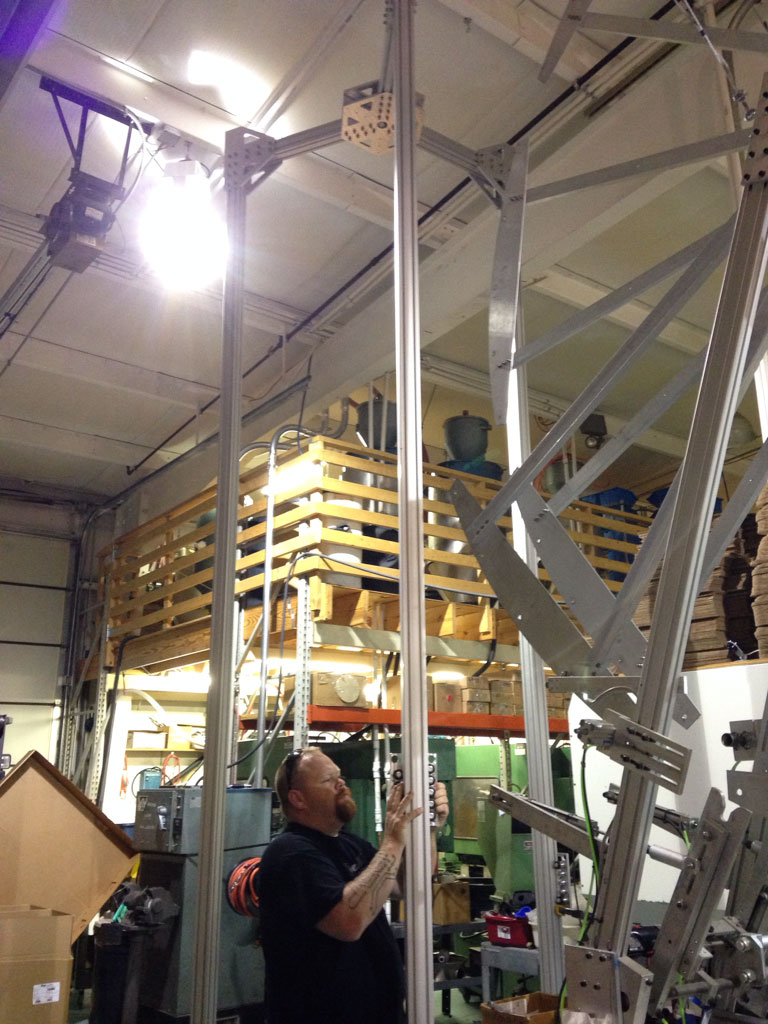 The biggest difference from other SeeMeCNC machines is that the PartDaddy won’t use standard spooled filament but will rather use plastic pellets fed to the print nozzle with compressed air. That’s obviously going to save users a lot of money because pellets are much cheaper than filament, although if you can afford a 15 foot tall 3D printer I’m not sure that filament cost is very high on the list of things that you worry about. 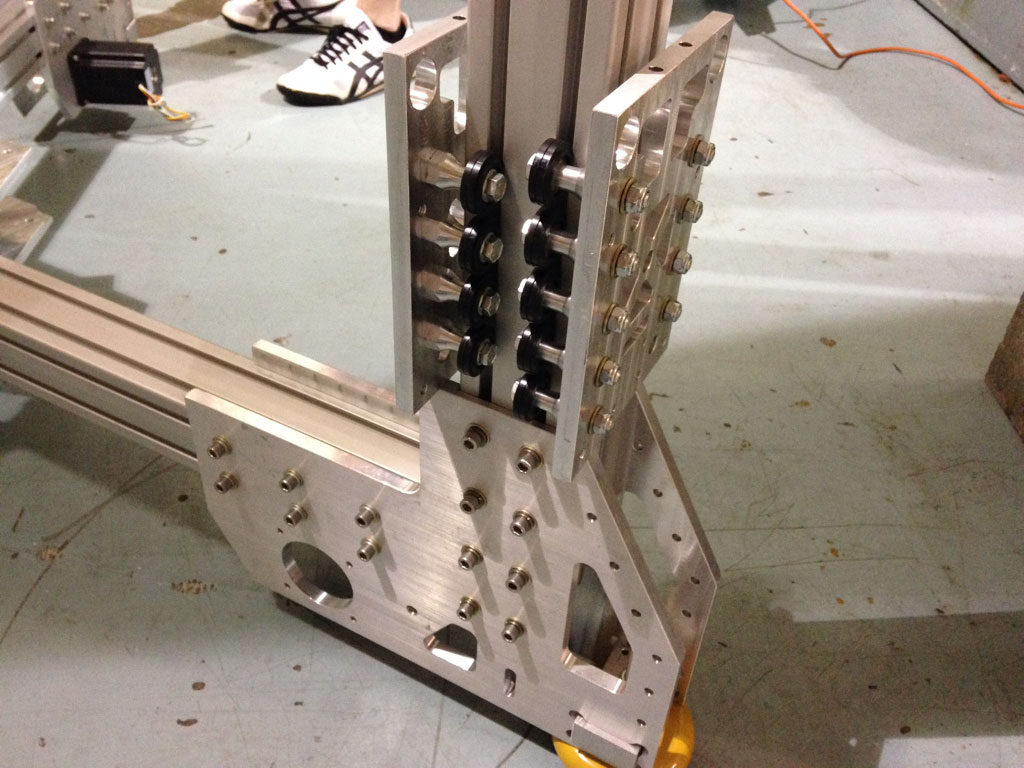 There isn’t a lot of information available on the PartDaddy yet, however I suspect that will change this weekend once Maker Faire Detroit attendees get the first look at it. 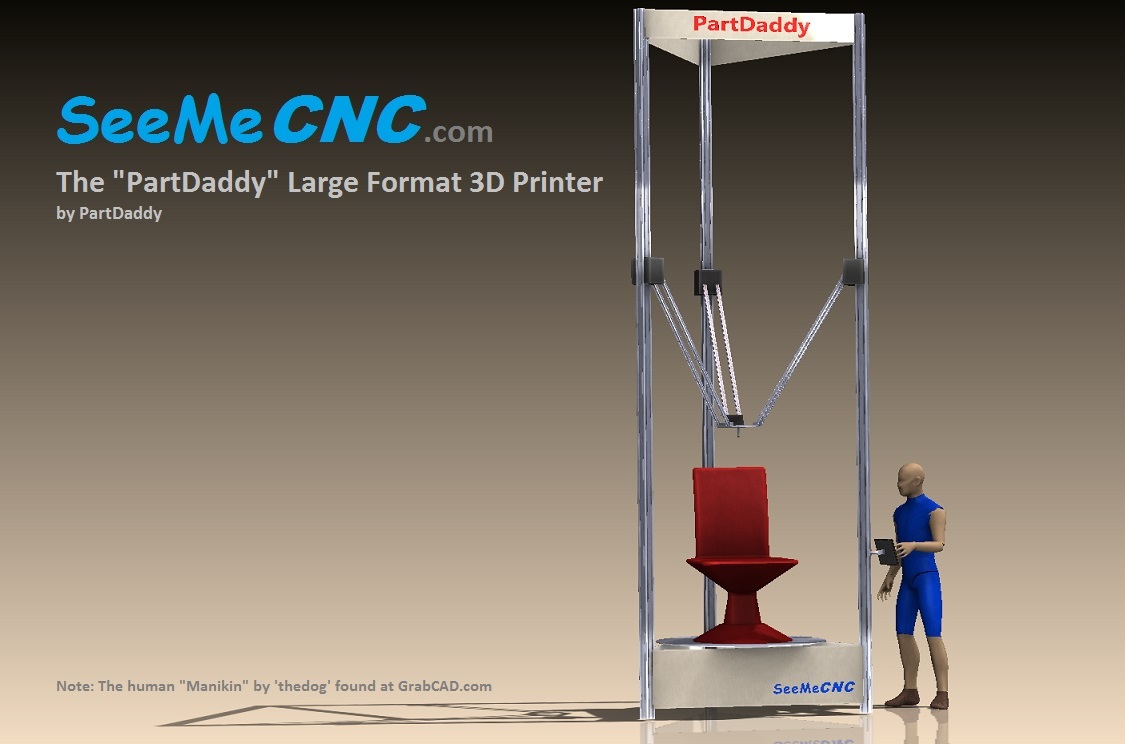 I did find a bit of interesting info on the SeeMeCNC forums where the build is being discussed, apparently, and hilariously, the hot end was originally intended to be propane powered, which is just ridiculous. Thankfully they decided on heater bands due to fire concerns, but a massive liquid plastic spraying, fire breathing 3D printer sounds kind of amazing.

As usual the SeeMeCNC guys always make interesting things, so if you’re lucky enough to attend the Maker Faire in Detroit this weekend make sure that you stop by their booth and check out PartDaddy in all his massive 15 foot glory.