MNSTR, who was handling some promotions for the film, was working on a specific project that involved producing personalized figurines of ten very influential bloggers — fully kitted in a Pacific Rim pilot suit — as part of a very cool “buzz Box” created and sent out by MNSTR. The box also contained a full survival kit along with the figurine, all bundled up in some awesome packaging. 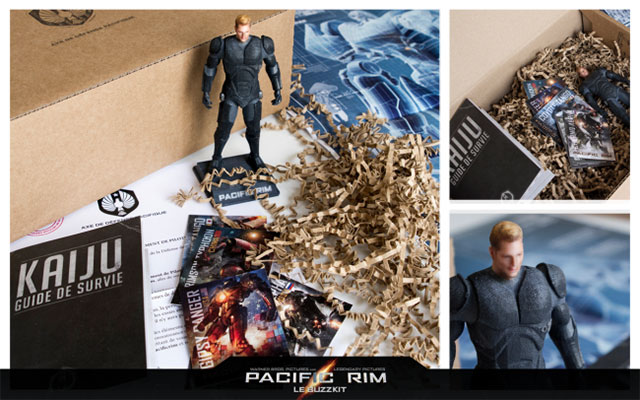 As you would expect, Sculpteo handled the 3D printing job. And a great job they did too — I’m sure there’s an app for that!! Or there likely will be soon.

Pacific Rim is in cinemas now, it is a kind of alien, sci-fi, action genre mix — if you haven’t seen it. The trailer offers a good taster. Not really my scene, but I know plenty of people that loved it.