Where the Windows 10 Creators Update lost one of its oldest applications, MS Paint, it gained a 3D successor in Paint 3D. Microsoft hopes that a key ingredient to the success and appeal of Paint 3D will be the Remix 3D community – a platform that allows other users to import, edit and share a range of different objects and ideas.

Users can remix original objects and ideas from community members into something entirely new, with each new “part” accredited to its original creator.

The “remixes” tab on Remix 3D allows the creator of a certain object to see how others have transformed it into their own unique creation. The new “Parts” tab will allow you to view each individual part that has been added to the original object to make the “remix”. Each remixed model will direct you back to the original in the “Remixes” tab, providing you with an overview of the various transformations it has undergone in the process.

“With the explosion of content surrounding us, the original attribution of a creations tends to get lost”, explains Windows on their blog. “The idea of remixing content into something new, and then seeing the “parts” of that new creation (with attribution to the original creators), lets everyone see and get inspired by each part, each remix, and each artist who contributed to a 3D creation.”

Remix culture was also the subject of an extensive study presented at this years CCC. Prof Sascha Friesike ran a three year project where the team, “interviewed more than 80 creators and surveyed over 200 more,” to understand the links between remixed designed. 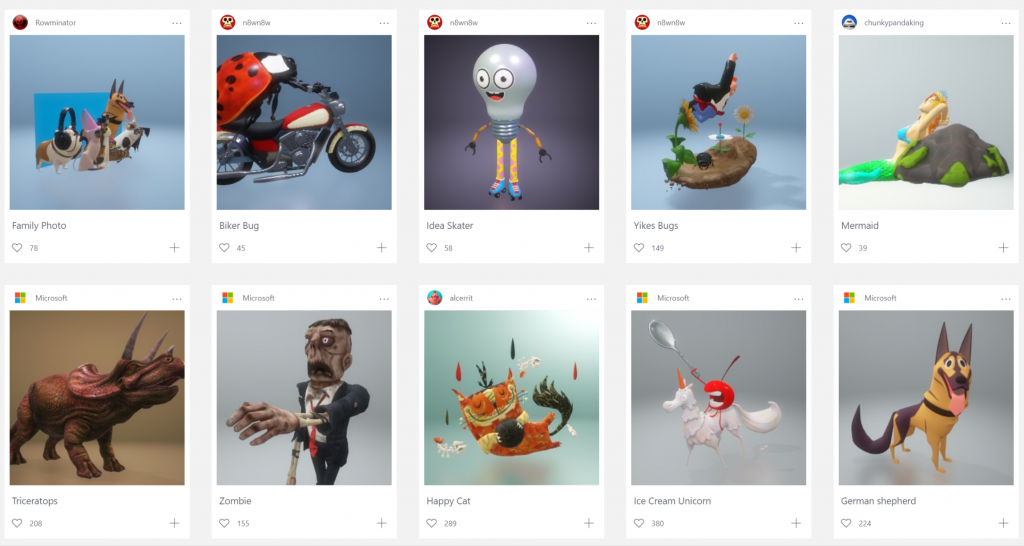 Sparking an interest in 3D design

At a Windows 10 Conference in October 2016, Microsoft revealed that Minecraft players will be given the option to 3D print their creations, thanks to the new Creators Update that has recently been released. Remix 3D will then allow users of Minecraft and Paint 3D to upload their creations to the community, to be turned into 3D prints.

It was also announced, by i.materialise, in November of last year, “Microsoft intends for these [Paint 3D] creations to be viewed on the HoloLens or printed as physical objects with i.materialise’s online 3D printing service”. It seems clear that Microsoft intend to make it possible for these digital works of art to be printed eventually.

For Microsoft today, it seems the idea is to make their 3D modelling software much more enjoyable and community-oriented following the introduction of Remix 3D.

And while you may not use this software in particular to build workable models for 3D printing – much in the way graphic artists rarely use MS Paint – it‘s user-friendly approach will offer novice users with an easy platform to hopefully kick-start a passion in 3D modeling.

If you’re looking for a career in 3D design or moving in the industry, sign up to our 3D printing jobs site.