A new web interface for controlling RepRaps, Ultimakers and other similar maker-tech 3D printers has been released – called simply the Printer WebUI. The UI is primarily intended to be used with the current weapon of choice for all tinkerers – the Raspberry Pi combined with a WiFi module. Naturally other single board computers (and more advanced ones) will also work, but the key result of this basic setup is of course a WiFi-enabled 3D printer.

The Printer WebUI enables all basic functions of a 3D printer from selecting the files to providing the user with information on the current phase of the process  — percentage and height-wise. Using the UI requires a few Python modules for working properly with current support for Python 2.7 only. 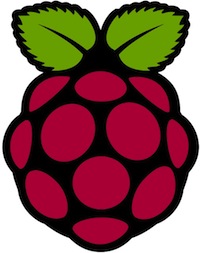 Even though the actual costs for this setup are definitely not sky high – the intent behind being quite the opposite – this approach comes with a price nevertheless: having at least some basic knowledge beyond the commercial flashy graphical UI’s (related to the aforementioned Python). But if you’re already familiar with Raspberry Pi’s, this should come as no surprise.

Besides the basic functions, the software also includes an option for recording those ever so cool timelapse videos of 3D printing processes – with one short example of results of this below.

The full breakdown with all relevant downloads can be acquired from the source link.

With this topic a more general phenomenon related to 3D printing also comes to the fore in my opinion: as the open-source enthusiastic maker-crowd is evolving at least as fast as the commercial side of 3D printing, the gap between these two seems to be widening. On one side of the figurative fence are the maker-people eager to keep the costs at a level where 3DP tech could realistically be available for everyone everywhere, while the mainstream companies are concentrated on commercial-level quality (and associated costs), design and the ‘prosumer’ segment of the industry.

Could there be some synergy with these two camps? Difficult to say at this point, but hopefully both parties will continue their much appreciated work in this field, as eventually the end-users will be able to enjoy the fruits of this labour – regardless of the view on commercialization strategies and other paradigms.