As reported by 3D Printing Industry last week, Norsk Titanium (NTi) have made a major announcement today. The Norwegian additive manufacturing company has officially announced New York State’s and SUNY Polytechnic University’s funding of the initial lot of 20 patented MERKE IV™ Rapid Plasma Deposition™ (RPD) machines. NTi pride themselves on the belief that titanium is the metal of the future. This belief, along with years of dedicated research and development, has lead them to become the world’s only qualified supplier of aerospace-grade, additive manufacturing, structural titanium 3D manufactured components. Having developed an innovative additive manufacturing technology that cuts both time and cost of production, NTi has enabled engineers to work at a speed that matches the growing demand of new technologies. Below, is the company’s latest video, which aired at this year’s Farnborough International Air Show.

The funding of these innovative machines is a part of an approved state budget allocation meant to ultimately facilitate the company’s US subsidiary in building and operating the world’s first industrial-scale metal additive manufacturing plant. Located in Plattsburgh, New York, the factory is set to be operational in late 2017. Here’s everything you need to know about the upcoming facilities, investment, and MERKE IV™ RPD™ machines:

NTi Chairman of the Board John Anderson, Jr. hails the new investment as part of an “unwavering vision,” citing researchers’ decade-long development of the Rapid Plasma Deposition™ process, which will “cut millions of dollars in cost from the world’s premier commercial and military aircraft” in the coming years. The novel RPD™ process developed by NTi researchers and engineers works by fusing titanium wire with computer-controlled plasma torches protected by an atmosphere of cool argon, which significantly reduces development and production, and eliminates the need for time consuming legacy forged parts. This groundbreaking process has caught the attention of many top tier aerospace manufacturers and suppliers who have already entered into numerous contracts with NTi. The new technology and partnership represents a “new phase of on-demand, near-net-shape manufacturing that sets a new benchmark of efficiency and customer responsiveness,” according to NTi President & CEO Warren M. Boley, Jr. 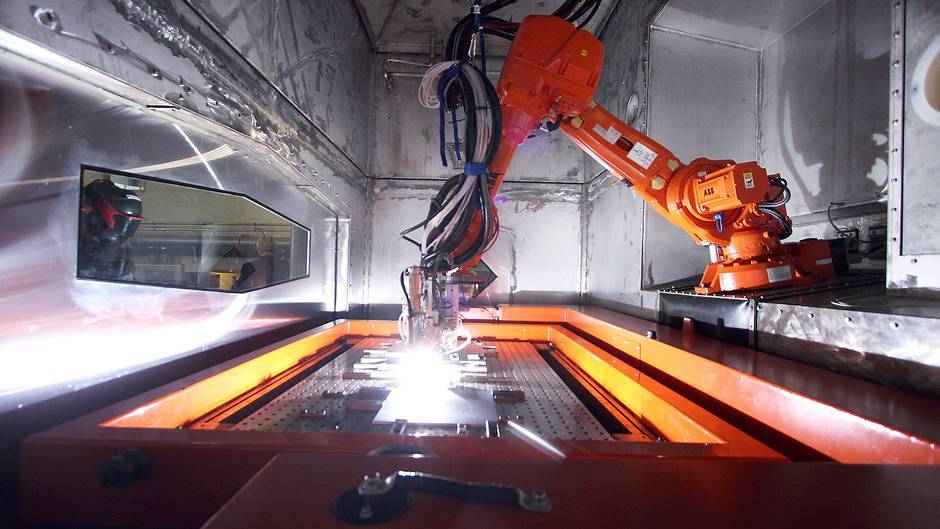 Additionally, NTi US is set to allocate an additional investment into the project, which will launch the total program commitment to over $1 billion over a 10-year period of operations. NTi US also plans to partner with the North County Chamber of Commerce in Plattsburgh, New York in order to support the launch and growth on the factory in the form of workforce training, economic development, and STEM outreach including educational programs for SUNY Plattsburgh, and local community colleges and schools in the region.

A full-scale mock-up of the revolutionary MERKE IV™ Rapid Plasma Disposition™ machine will be on display at the Farnborough International Air Show from July 11-15 in Hall 4, Booth A114. As the world’s top echelon of aircraft manufacturers to produce structural titanium components, this machine is definitely worth a look.

Be sure to sign up for the 3D Printing Industry newsletter to stay up-to-date on everything happening with Norsk Titanium.