MendelMax 2.0 is the latest version of the Open Source RepRap 3D printer designed by Maxbots. The first iteration was designed in late 2011 and the 2.0 represents the fourth version, with changes in the assembly process as well as some cosmetic changes.

The new MendelMax 2.0 design addresses specific issues that were identified by Mendelmax when people were getting their 3D printer up and running. He provides us with couple of samples of these improvements, namely:

This new version also features a completely redesigned frame that can be easily made without any CNC equipment if desired. The flat plates for the frame can be cut from aluminium or simply made by hand using a scroll saw or a coping saw.  For anyone with a 3D printer available already, the design remains fully printable.

Another new key feature with MendelMax 2.0 is the linear rail-based axes for both X and Y. According to Max the traditional linear shafting is one of the biggest sources of problems for home built 3D printers, due to the accuracy required during the assembly. Despite the additional up-front cost, the rails on MendelMax 2.0 make movements smooth and quiet, requiring less maintenance and making the assembly simple.

This new version is both an Open Source as well as a product sold via Max’s new company Maker’s Tool Works. The current information states that the 2.0 sources will be available from February 2013. 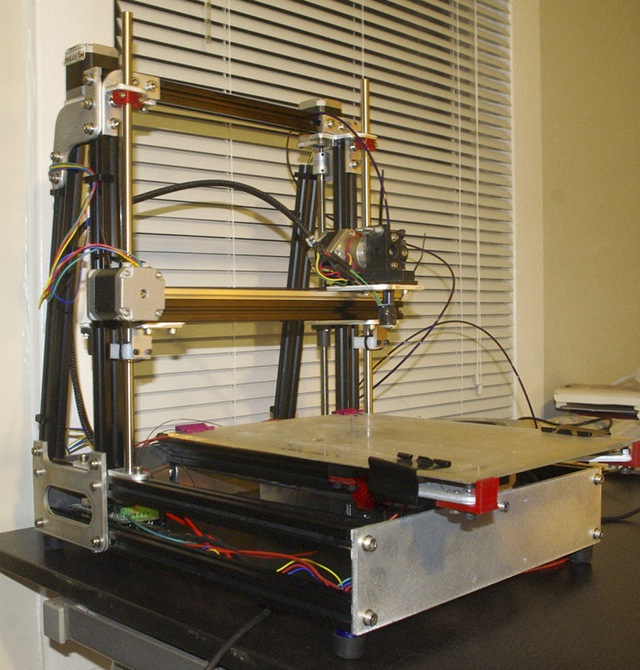