In every community, there are always a few individuals around who, fair or not, controversy swirls. Though Koreans form a fairly homogeneous and cohesive society, the Korean 3D printing/Maker community is not immune from this phenomenon. I had the chance to sit down with one such individual and not only talk about his newest project, but learn a little about him personally, apart from his online reputation.

While few people outside of Korea have ever heard of a 3D printer called the “WillyBot”, for those of us here, the machine, and the man responsible for its creation, are almost legendary. Independently wealthy, he lives on his own yacht, anchored at an exclusive marina in the Han River, literally in the middle of Seoul. Because of his tendency to speak his mind and say exactly what he is thinking, people here often find him to be a very polarizing figure.

William SH Joo graduated Seoul National University with degrees in chemical engineering and business administration. He began his working career in the software industry, but found he had a wide range of interests. He found his way through several companies, both large and small, but tended to keep his independence. This may sound normal to most Westerners, but to a Korean, where team membership and loyalty are cultural icons, this made him rather unusual. Currently, in addition to his inventing and research projects, he teaches special lectures on 3D printing for professors and post-doctorate students around Korea. 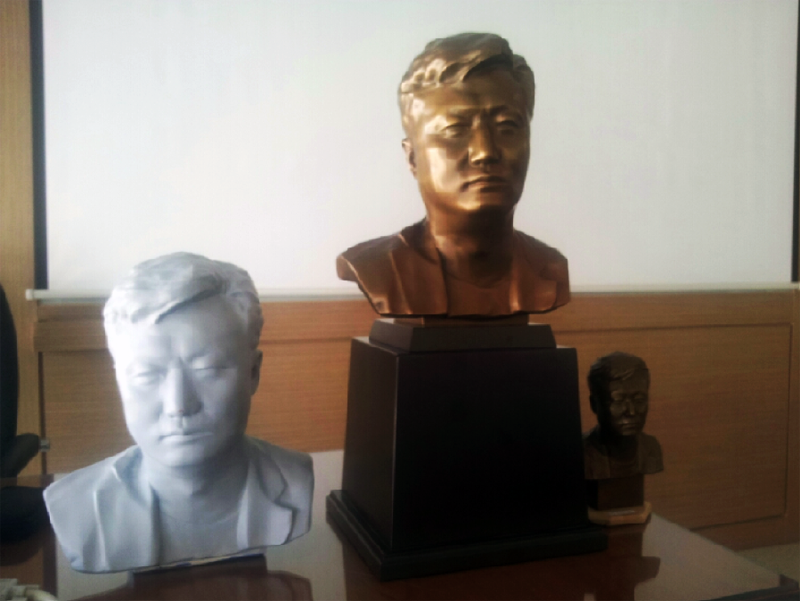 About four years ago, he became interested in 3D printing, and like many at the time, took great inspiration from Adrian Bowyer and the RepRap project. As he noted, “To me, the 3D printer is like the steam engine. The steam engine lead the first industrial revolution. Korean and Chinese people did not get the steam engine in the early days, but Japan did, so Japan took the lead in Asian industrial development. The 3D printer will be like the steam engine, so it is very important. We must study it and make it cheaply, so that we can make the future products that will be sold worldwide.”

He began to look for resources, but quickly found that there were painfully few in Korea. No real organized support groups, no easy to use domestic component suppliers, and very little information available in the Korean language. Most information that could be had was in English, limiting access to only those who were multilingual, or had friends who were. 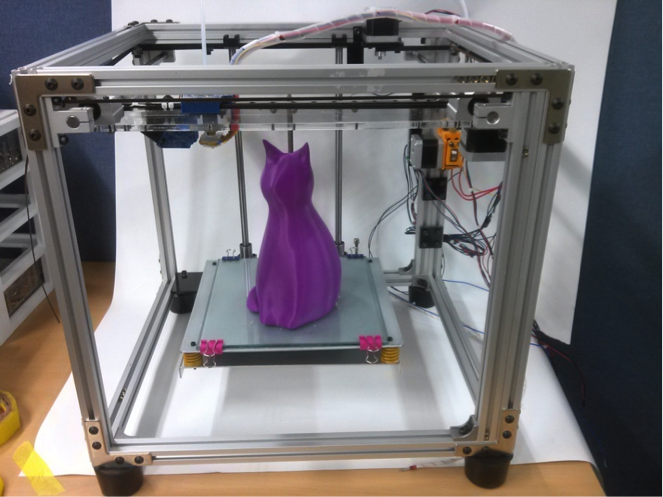 It was then that he decided to do something about this, and went about developing his own printer. Spending about a month, he introduced his first printer, an open source, FDM machine he dubbed the “B Willybot.” Because of his intense desire to continue to develop new machines, he said that he didn’t want to get bogged down in building a company. He turned his machine over to a group called “object build” – who sells an improved, steel-framed version called the “Willybot MS” – and he moved on to new projects. 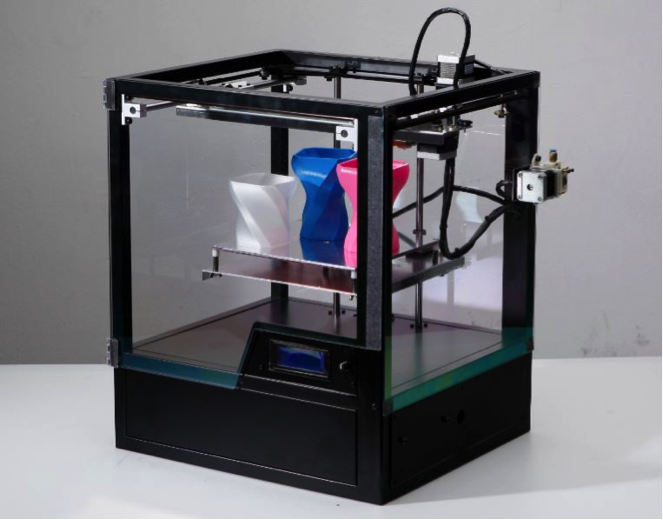 One of the first things he did was begin studying the US policies on additive manufacturing, and helped put together a roadmap for the Korean government to study and on which to model their own policies. When he started, “there were very few people who worked with, or were interested in, 3D printing. But, now, some companies, such as Hyundai, for example, are very interested.” He went to say that, though it will change, currently most Korean companies that use 3D printers buy American printers. “Obama’s speech had a big effect. He was very clever to push the technology forward like he did.” 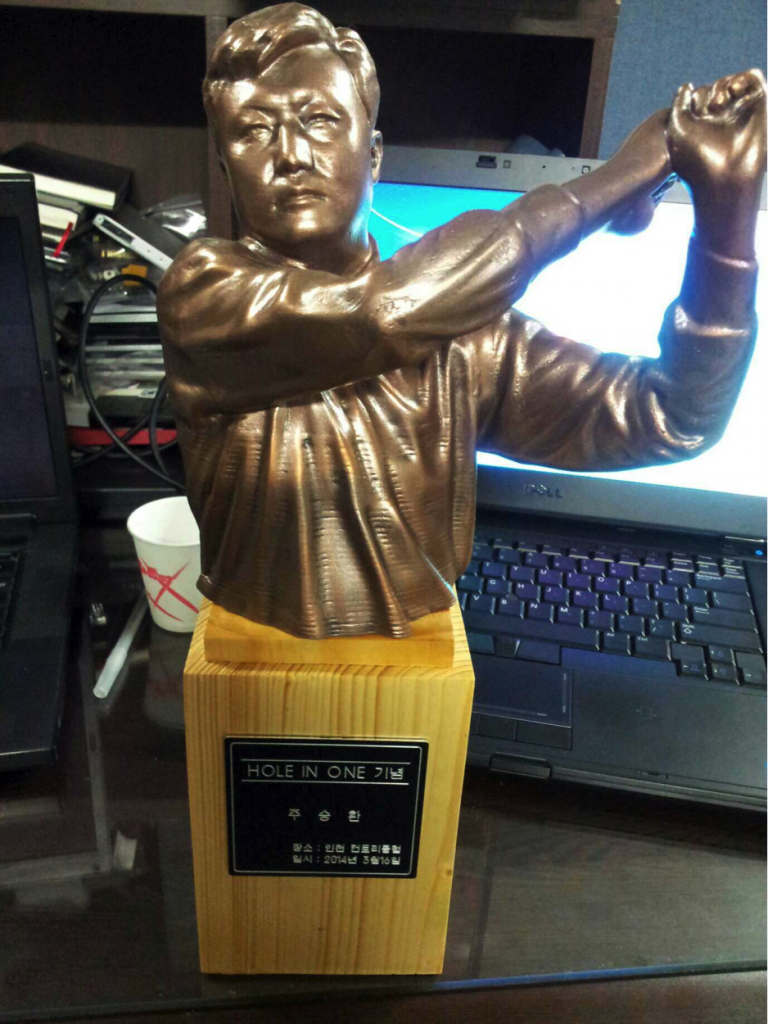 The current lead that many US companies enjoy doesn’t bother him at all, as he believes that the market is in for an upset. “Stratasys and 3D Systems will likely be the Blackberry and Palm Pilot of their age, just because they are the biggest now and have the best current technology does not automatically mean they always will be. Things will change.” When asked about Shapeways and Materialise, he likened them to Kinkos, saying that, “they should have good prospects, at least for the foreseeable future.”

Being so interested in new developments, he had surprisingly little love for Hewlett Packard’s anticipated Multi Jet Fusion 3D Printer. “I think that HP made their announcement to maintain their stock prices, but if the target is to make a printer that is actually 100 times faster, then their solution of using mutli-heads and better handling software isn’t really that impressive. There is no real creative innovation, just the integration of a several parallel processes.”

One of his newer projects was the development of an SLS printer for the prosumer market. He said that it is in final development, and he is looking for business partners to bring it into production. He thinks that it could be ready in three months after a manufacturing contract has been signed. He said that his machine would be able to sinter metal, plastic, and sand. It uses a fixed 40-watt laser and a moving printbed, as opposed to bigger machines where the bed is fixed and the laser moves. The printbed is about 300 x 420 mm, roughly the same size as a piece of A3 printer paper. He thinks this is the first Korean SLS to be commercialized, as he reportedly sold his first one to Hayang University this past February.

He admits that SLS machines are a little dangerous, due to the powerful lasers that they require, but thinks that, as the tech spreads, safety features will improve and prices will drop quickly. “In a year or maybe two, SLS machines will be very popular worldwide,” he said. 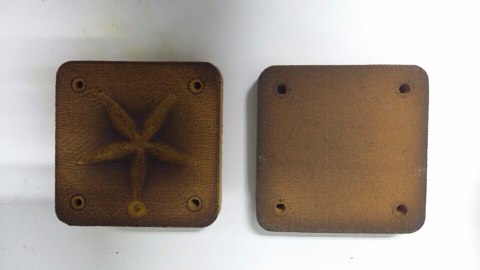 Work on the smaller SLS machine led Mr. Joo, at least partially, to his current venture. He said that, back in 2013, a sandcasting project was started in Japan, and he studied what they were doing, and began setting up a similar project here in Korea. He found little support for his scheme at first, as few in government and industry understood the importance, but now they are paying attention and the project is moving forward rapidly.

His new machine is an SLS printer, designed to create sandcasting molds for industrial applications. It is similar to, and uses a similar build material, as the EOS S750. While details about this newest Willybot are being closely guarded, he did tell us that the new device will have a build area of 600x400x400mm, comparable to the EOS machine. The difference, he says, will be the cost. He believes that cost is a critical factor, as it is one thing that will help speed wide-spread adoption of the technology throughout industry and allow the technology to mature. He explained that, if current machines are not being sold, new machines can’t be developed…and this is a problem.

Most companies in Korea have taken a “wait and see” attitude toward adoption, unless they had a critical need, mostly due to the uncertainty of the technology coupled to a very high acquisition cost. He admits that, currently, even the best industrial machines are hampered by poor designs and slow printing speeds, but believes very strongly that those issues will be resolved, and fairly soon too. And,when they are, the technology will truly make a breakout, but it is price that will drive it all. As he asked, “who wants to buy an expensive dot-matrix printer when the cheaper, newer, laser printers are only a short wait away?” 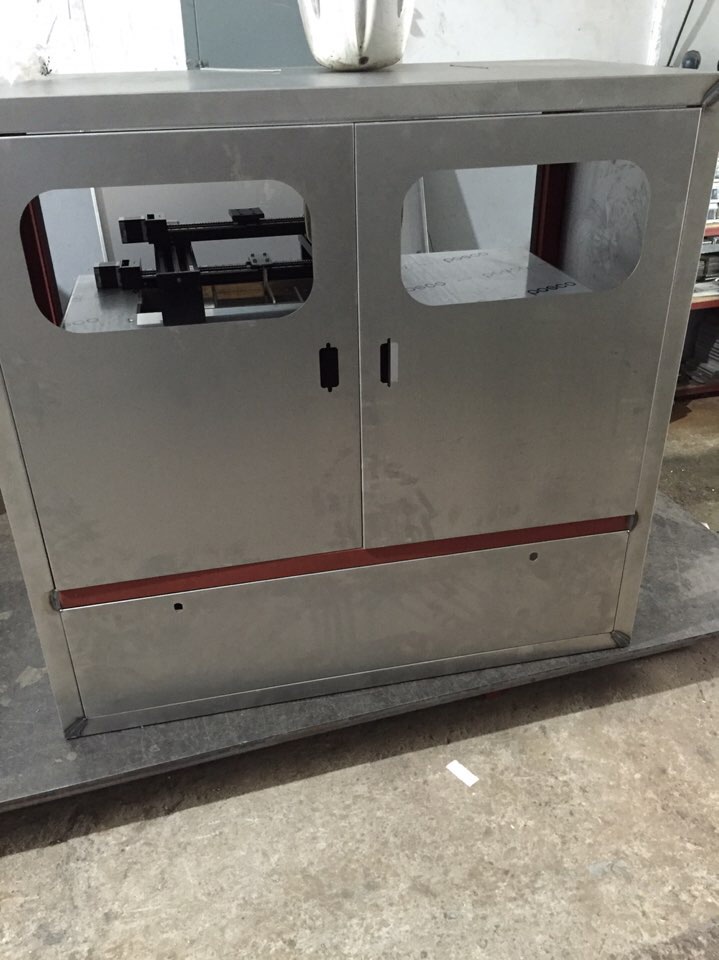 He maintains a blog at: http://willybot.blogspot.kr/2013_10_01_archive.html where readers can keep up with his latest activities. And for those comfortable in Korean, you can find his latest at http://cafe.naver.com/3dprinters.