Metal 3D Printing is Helping NASA Blast Off into Space

Since the 1960’s, the NASA Marshall Space Flight Center has been in charge of some of the most renowned outer space missions in history, from the Hubble Space Telescope to the Apollo missions. Now, the NASA center is attempting to fully develop a Space Launch System (SLS) program, which entails manufacturing heavy-lift launch vehicles able to carry both human astronauts and scientific lab equipment to new horizons. But, in order to help bring this ambitious plan to fruition, the Marshall Space Flight Center team has decidedly turned to 3D metal printing techniques in order to help launch this project off the ground. And, as much as I love to write eye-rolling puns, I mean that it is, in fact, literally helping NASA’s SLS take off into outer space. 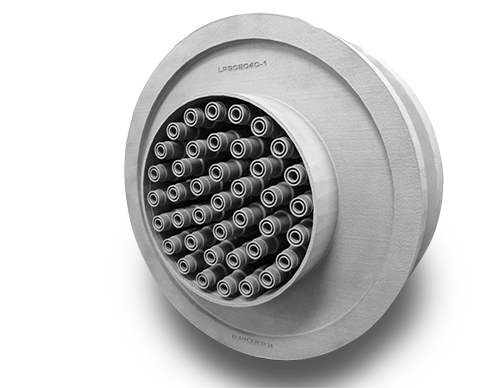 The NASA team is using metal 3D printing technology in order to manufacture both the hardware and propulsion system for the SLS rocket. Additive manufacturing has become a heavy investment for NASA, who have already tested the capabilities, cost, and benefits of metal 3D printing within their latest liquid rocket injector development. Not only does the Marshall team plan on using 3D printing to create more optimal and efficient 3D printed rocket injectors, but they also hope to see a reduction of intensive labor and product-weight as well, altogether making a higher quality, more cost-efficient aerospace part.

In order to evolve the hardware of their space engines, NASA is experimenting with the process of Direct Metal Laser Sintering (DMLS), a 3D printing method that utilizes space-grade metal materials such as titanium, stainless steel, cobalt chrome, and more. The Marshall team claims to be constantly pushing the envelope for potential 3D printing applications, using the production capabilities of Stratasys Direct Manufacturing to produce these 3D printed rocket injectors for their testing program. “We realized the work with Marshall Space Flight Center would benefit research into DMLS manufacturing in its entirety, not just in terms of aerospace capabilities,” explains DMLS Manager at Stratasys Direct Manufacturing, Phillip Conner. “We learned a lot from the project in terms of how much farther we could push our DMLS technology to succeed in greater areas.”

3D printing has become a much preferred manufacturing method for NASA, too, as they have been able to accomplish much more complex internal designs for their rocket injectors with this newly acquired production method. The injectors, which traditionally take six to nine months to manufacture, were 3D printed and built within 10 days with DMLS, and, also, proved to be much sturdier than cast parts under stressful environments. So far, these metal-based products have withstood all the heat that NASA has throw in their direction, and are proving, more and more everyday, that metal 3D printing will be a helping hand in our future space endeavors.