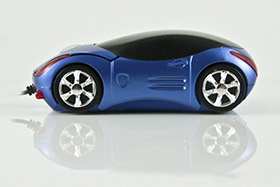 Magics, first launched in 1994, has enabled the import of different CAD formats into the software for preparation and subsequent export of STL files for 3D printing and additive manufacturing applications for almost two decades. The Magics suite offers the necessary tools for repairing and optimizing 3D models and analyzing parts, as well as making process-related design changes on STL files, designing fixtures, documenting projects and planning production.

In addition to the newly optimised speed capabilities, Magics17 provides new functionalities, which allow users to generate quality measurement reports and detect trapped volumes for the Stereolithography (SL) process. For laser sintering (LS) the software now enables the verification of nest densities via the new multi-core 3D-Nester. This new module permits the nesting of parts in 3D in real time to maximize the number of parts in a build envelope while simultaneously minimizing build height and powder consumption.

A video demonstration of the new 3D Nester in Magics17 can be viewed below.