A project to provide access to space for non-profits and educational organisations, the CubeSat Launch Initiative is, according to NASA, a “low-cost pathway to conduct research in the areas of science, exploration, technology development, education or operations.”

At SSDS, associate professor Mason Alan Peck is leading a project to fulfil this brief, and send Cornell into space.

CubeSats are small research spacecraft, or satellites, built to standard dimensions of 10x10x11 cm and generally weighing less than 1.4 kg.

In March 2018, NASA selected 11 CubeSat projects from across the U.S. to be launched as part of space missions planned for 2019, 2020 and 2021. Two CubeSats chosen by NASA for space launches are the Pathfinder for Autonomous Navigation (PAN) and the Alpha CubeSat, both SSDS projects.

Stewart Aslan, Cornell’s PAN project lead, told the Cornell Sun, “Our goal for [the] PAN project is to break down barriers that prevent small groups like university labs with limited funding from accomplishing complex space missions.”

The PAN team has used a combination of 3D printing and commercially available parts to construct the CubeSat body and propulsion. “Other small satellite attitude control systems with similar capabilities to ours generally cost close to $100,000 or more,” adds Aslan, “We have driven that cost down to $2,500 for our mission.” 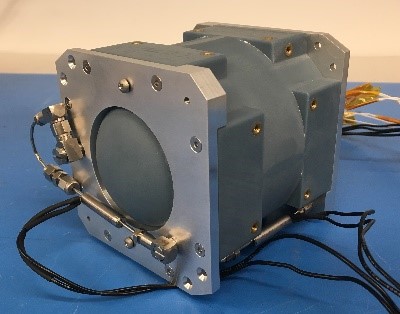 On the other hand, the Alpha CubeSat team are using 3D printing to produce the body of their CubeSat. It will feature a “light-sail”, a 1,000×1,000×0.04 mm layer of Kapton, a polyimide film that is stable across a range of temperatures from -269 to 400°C. The light-sail will theoretically allow the Alpha CubeSat to be pushed through space by electromagnetic radiation.

Four “Sprite ChipSats” will be attached to the corners of the light-sail. Project lead, Liam Crotty explains, “Each [Sprite ChipSat] is about the size of a cracker, weighs less than a nickel, and carries a suite of sensors for characterizing its environment.”

The Alpha CubeSat and PAN will launch with nine other satellites as auxiliary payloads aboard space missions planned for 2019, 2020 and 2021.

The European Space Agency (ESA) has also been using 3D printing to produce CubeSats. A PEEK polymer modified to be electrically conductive was used by the ESA to create conductive lines along their CubeSat, replacing the wires used to connect the satellite’s subsystems.

In November last year, the first fully 3D printed satellite was launched from the International Space Station, successfully completing its mission and burning up on re-entry to Earth.

Vote for the Aerospace or Automotive application of the year in the 2018 3D Printing Industry Awards.

Eric is a writer at 3D Printing Industry. From Ireland, he has an MA in Philosophy and English Literature from the University of Edinburgh. He views things through a philosophical lens and is interested in 3D printing's potential to radically alter the manufacturing landscape, and the cultural and societal changes that will follow.