Swedish car manufacturer Koenigsegg recently unveiled the One:1, which they believe will be the fastest car in the world. And they used rapid prototyping and 3D printed many of the metal parts of the turbocharger and exhaust systems to help build it.

Koenigsegg used their in-house Dimension 1200es from Stratasys to prototype and print test parts for their latest supercar, the One:1. The key to building this supercar was weight reduction. By test printing many parts of the car and engine, complex and custom internals could be printed to the engineer’s own specifications, reducing weight and enhancing overall performance.

“The benefits [of rapid prototyping] were clear immediately. The process of printing prototypes onsite and testing each component has sped up the development of the car design by an estimated 20%.”

The car is named the One:1 because it is the first to offer a 1:1 power to weight ratio – meaning that the car will generate one horsepower for every kilogram it weighs. By constructing the car almost completely from carbon fiber and 3D printing many of the internals of the car’s turbocharger, the weight was reduced enough that the 1,360 horsepower engine could propel the car to speeds as high as 280 MPH. 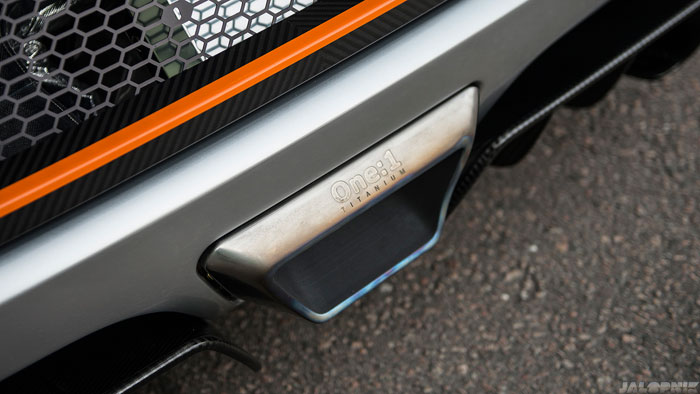 In addition to the internals of the turbocharger, Koenigsegg also 3D printed the exhaust tip entirely from titanium in one piece, making it the largest object ever printed in the super strong and lightweight material. It took about 3 days to print, which would traditionally make it an inefficient method to produce parts for a mass-produced car. However, the Swedish car maker is only making six of the One:1’s, and it would actually have cost more to have the parts traditionally manufactured in such a small quantity. There was also the added benefit of custom printing the exhaust tip to their exact specifications, enabling them to shave off even more weight from the car.

Currently the official fastest car in the world is the Hennessey Venom GT and there is no word yet on when the One:1 will attempt to beat that record. Head on over to Jalopnik to read the whole story and to see more amazing pictures of the beautiful car.