Kitplane building ascends to a new level with MakerPlane

Following in the footsteps of da Vinci, the Wright brothers et al. a new chapter in the history of aviation could be emerging from the 3D-printing scene. Meet the MakerPlane, an open-source project for DIY airplanes. This opens up a new aspect to the aviation and 3D printing industry’s future.

As so many other innovative ideas in the 3D-field, what makes the MakerPlane especially interesting in its current state is the  communal approach. The primary intent is rather to  diminish the thresholds disabling people from getting involved in the aerial (r)evolution,  than to just make a quick buck out of something that could still evolve from its existing phase. All needed instructions and plans for the planes are thus provided free of charge from the website.

This iterative perspective has its roots in the kitplane-field, where the key challenges preventing the aero-gospel to be heard by a wider audience seemed to be the poor building techniques and instructions companied by a lack of support. The MakerPlane project addresses all these issues, while simultaneously attempting to push the overall costs down to get even more people involved. However, as with many other 3D-printing projects, the MakerPlane also requires you to have CNC-machinery and a 3D-printers available – whether it be your personal or communal apparatus. 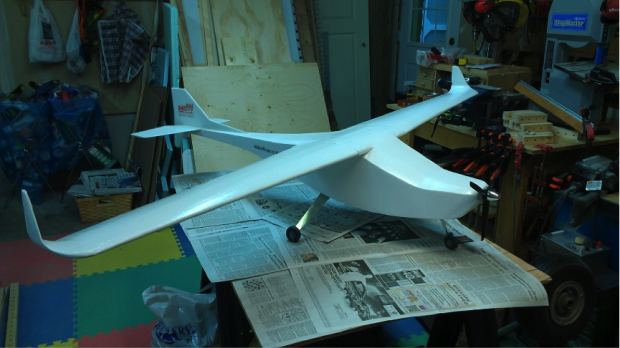 But all is not for the charity, naturally, as flipping the project coin reveals an inevitable economical side as well, not just for the companies already in the business, but for the active plane makers themselves.

The magnitude of the MakerPlane –project can not yet be fully determined, but we will certainly be keeping a very close eye on this enthusiastic open source community to see what they will eventually come up with.