The 3D Printing Industry Team is delighted to welcome on board a new member to the team and here he is in his own words:

I’m joining the 3D Printing Industry team this week, and was asked to write a short post about myself and my experiences with 3D printing and the Maker movement.

In early 2009, I had no idea that 3D printing existed. That summer, a story showed up in my RSS reader that MakerBot Industries had just opened preorders for batch 6 of their Cupcake 3D printer. When I found out what it was, I couldn’t hit the Buy Now button fast enough!

There were delays, assembly was a pain, and the nozzle had to be replaced… But eventually I got it up and running, and my eyes were opened to a whole world of people passionate about making things. Not just 3D printing, but electronics, textiles, laser cutting and more.

That got me involved with a local makerspace, Site 3, for which I am the communications officer. I run monthly 3D printing meetings, and I bring my printer out to a wide range of local events to get the word out about digital fabrication.

There are still many challenges to overcome in making 3D printing a truly mainstream technology. But even in its current state, the process of going from imagination to physical object is incredibly empowering.

With that in mind, I look forward to writing stories about individual creators, large companies and all the weird & wonderful stuff in between.

In the meantime, check out my mutant MakerBot printing a 200mm tall object. 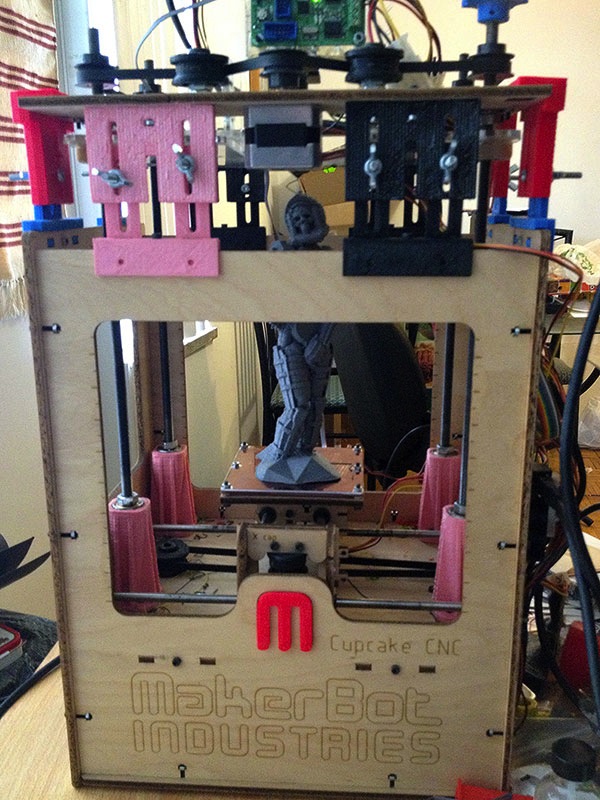