As I walked the expo floor at Inside 3D Printing, I noticed a number of innovative FDM printers both big and small, but there was one desktop printer that seemed to especially standout. It was the Formlabs Form 2, the desktop SLA printer currently leading its small, yet impressive niche market. The printer utilizes a 250mW precision laser to print with their specialty resin at a profession-grade level, and it does so at an affordable price (especially for SLA technology) of $3,499. 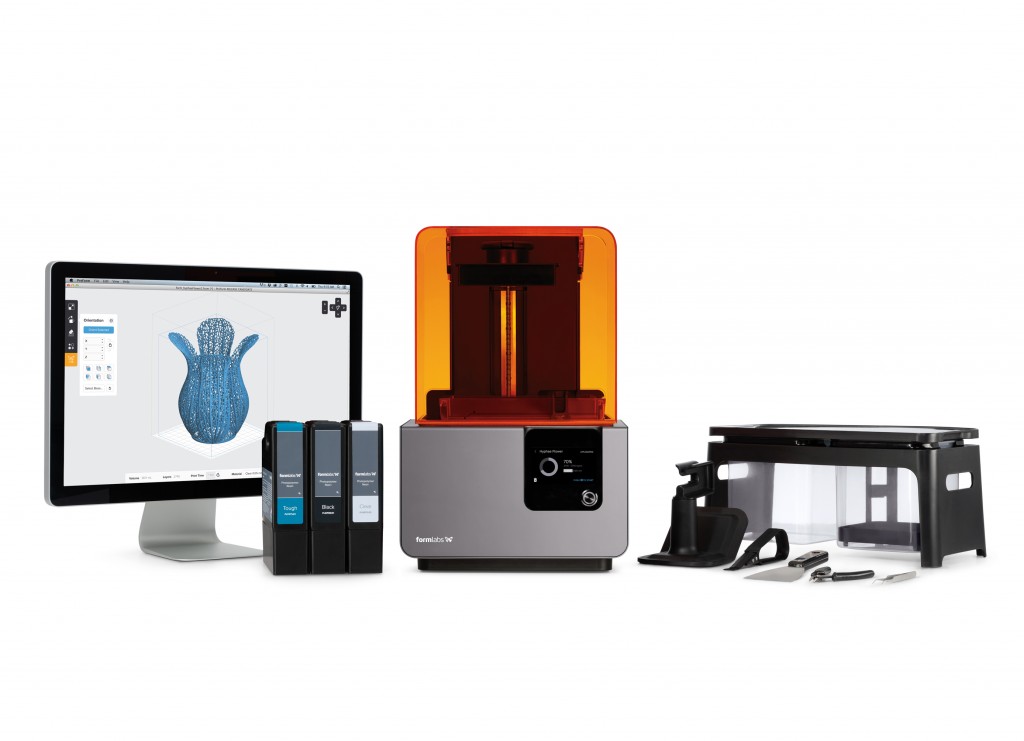 In order to perfect the Form 2, the hard-working engineering team at Formlabs had to perform a lot of different testing processes, ensuring that any issues the Form 1 had would be eliminated. The ability to print quality components is always an important part of development, but for Formlabs, reliability seems to be just as vital to the process. While I was at Inside 3D Printing earlier this week, I got to see Formlabs’ lead engineer Ian Ferguson discuss this rigorous testing process in his keynote speech about “Testing the Reliability of the Most Advanced Desktop 3D Printer”. After listening to his intriguing speech on the ‘torture tests’ put on the Form 2 to ensure it would provide a long-last and fruitful relationship to their growing customer base, I had the opportunity to interview him. 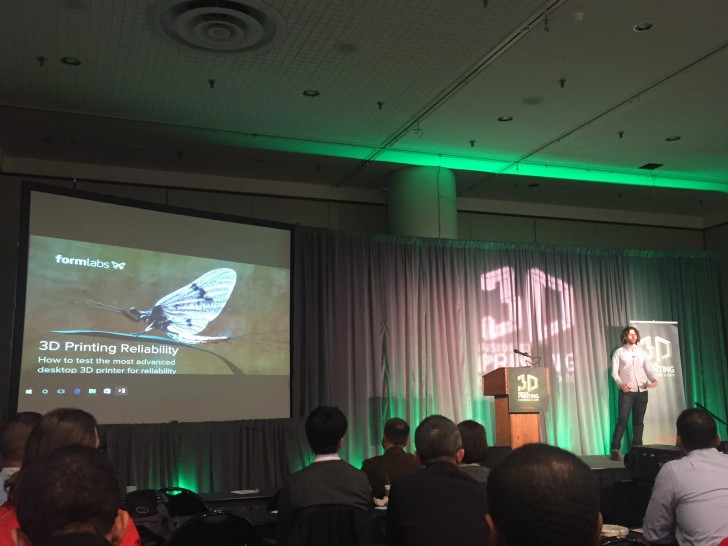 I met Ferguson at the Formlabs expo booth, where they had a few Form 2s on display. We sat and talked about the transition from the Form 1+ into the Form 2, the different ways to test reliability, and why these testing process are so vital to the 3D printing industry. Ferguson started, “The biggest thing we had with the Form 2 is that we had already shipped the Form 1 to customers, so we already knew what people were looking to do with the printer. We had data we had collected from customers; we talked to them; we had more than a hundred Form 1+ printers that we used in our office. So, we knew what the problems were. At some point, I designed a part that just consistently failed on the Form 1+, which was a frustrating experience, but at the same time we were developing the Form 2, and an early prototype was able to print that part immediately. That’s when I knew we were onto something big, when I was able to print this devil part on the Form 2.”

In order to ensure reliability while maintaining practicality, Ferguson explained that they had to factor in the customer experience with the earlier Formlabs printer. “A lot of the stuff is just figuring out what the lifetime and total usage will be looking at how our customers viewed the Form 1, taking those numbers and increasing them,” he continues. “So, I was testing all of those components to that extent, and then there are other things that are much harder, like how do you know if you’re getting the right performance? For that we had do design lots of prints and tests to figure that out, which was pretty hard, and honestly it’s something we’re still getting better at.”

To test the part printing abilities quickly and efficiently, Formlabs has to print parts with a number of features widely used. He says, “Test parts have things like positive and negative features, slots, multiple orientations, and M4 thread, wires, and other small overhangs and bridges. Typical features you see on parts, it takes a lot of time to run 100 prints and collect the data, it’s not trivial, so we test all of the necessary features on one part.” 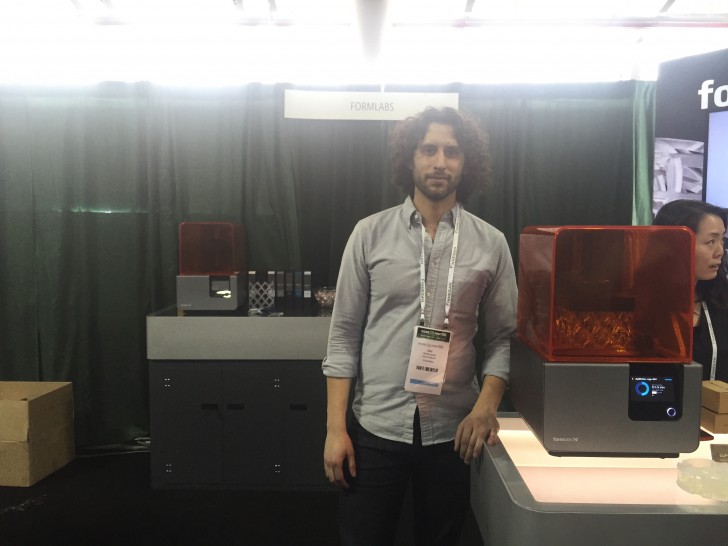 The interesting part of the experience for the Formlabs team seems to be the process of informing their consumers about their rare technology-in-desktop format. “I showed a slide in my keynote of a 3D Hubs page that showed we’re the only SLA desktop printer on their list of reliable printers.” Ferguson says. “In our regard, it’s definitely an interesting experience being the main desktop SLA printer, we had to do a lot of education with people about why they should use SLA, many people don’t know, they’ll say, ‘how is this different from regular 3D printing’, but we respond with what is regular 3D printing? Why does it have to be FDM? It’s great being the leaders in our field, we get to figure out what’s best, work with partners who are interested in our technology because we’re the main game in town to work on this stuff, we get to explore a lot.”

There are a few companies following in the footsteps of Formlabs, such as Full Spectrum Laser, but still SLA/DLP printing technology has not been as wide-spread as Ferguson might have expected. But it makes sense, in a way, as the Form 2 itself took many years of testing to reach the state of professional-grade printing within a desktop sized machine. Ferguson continued, “We’ve seen a few people trying to do various versions of SLA, different technologies, but honestly I’ve been kind of shocked about how little competition there’s been. Frankly, it’s pretty hard, we have a lot of engineers at Formlabs working really hard and we have a lot of talented people, but it still took us about four years to get to the Form 2, which I think is the printer people really want. So it’s difficult for people to follow in the SLA footsteps, there’s definitely some movement but not really a lot.” 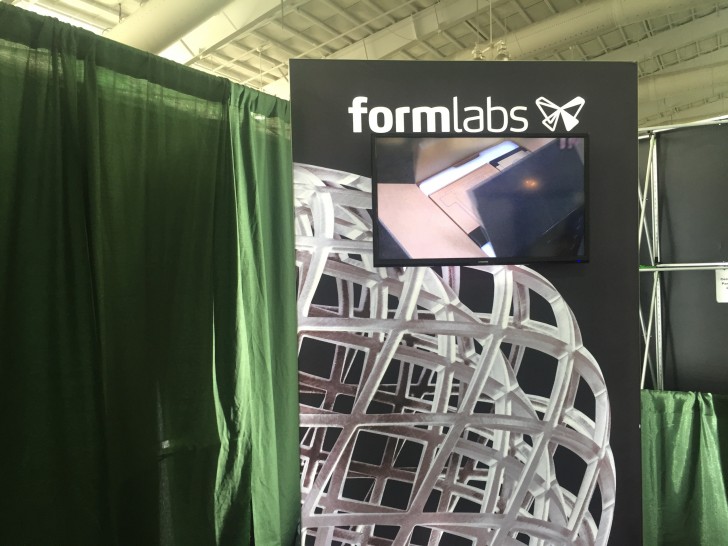 With an affordable price point and professional-grade capability, the Form 2 is a printer that works for a number of applications. Though the Form 2 is geared towards more commercial uses, “We are pretty focused on professionals, we really love when hobbyist and more consumer-end people buy them, but our core market is businesses,” he says. “Basically, we’re making something that is good enough for businesses to use, but also good enough and inexpensive enough for consumers to use as well. The biggest trend we’ve seen is that finally the business world is starting to realize that they can do a lot with inexpensive 3D printing, still to today we’re having to deal with people asking why they should pick us over a $50,000 printer. We’re really seeing niche application rise, too. We’re doing more and more jewelry, more and more biomedical. These people who aren’t in the mainstream of 3D printing, such as prototyping and part design. They’re getting more and more into this, but need more education on it as well.”

As for the future of Formlabs, Ferguson hinted at possible extensions out of SLA and into other 3D printing ventures. Ferguson concluded the interview with an optimistic, yet practical approach, saying, “I always think people expect the market to move faster then it really is, but at the same time I think there will continue to be pretty rapid changes. I think it’s going to methodical, superior materials that will help us break into new areas of 3D printing. For Formlabs in particular, while we’re certainly very proud of our stereolithography line, we’re going to start figuring out what else we can do well, that’s still in its early stages. Basically, I think we have a great team that’s really great at building tools for professionals to get stuff done, so we’d like to see where we can keep going with that.”