Cyrpus 3D printer brand, Ilios3D, has designed its Ilios Ray SLA 3D printer in such a way that lends itself to high resolution, a substantial build volume, and, the manufacturer claims, great versatility. A quick glance at its appearance, and 3DP experts will note that it looks nothing like any other SLA machine. The manufacturers suggest that its performs like any other, as well. To demonstrate just how versatile and powerful the Ilios Ray is, Ilios3D has been experimenting with bringing the detail resolution of its prints down to the finest level possible. The results are features as fine as 2 microns in resolution, practically unheard of in professional SLA machines, let alone prosumer-oriented systems. 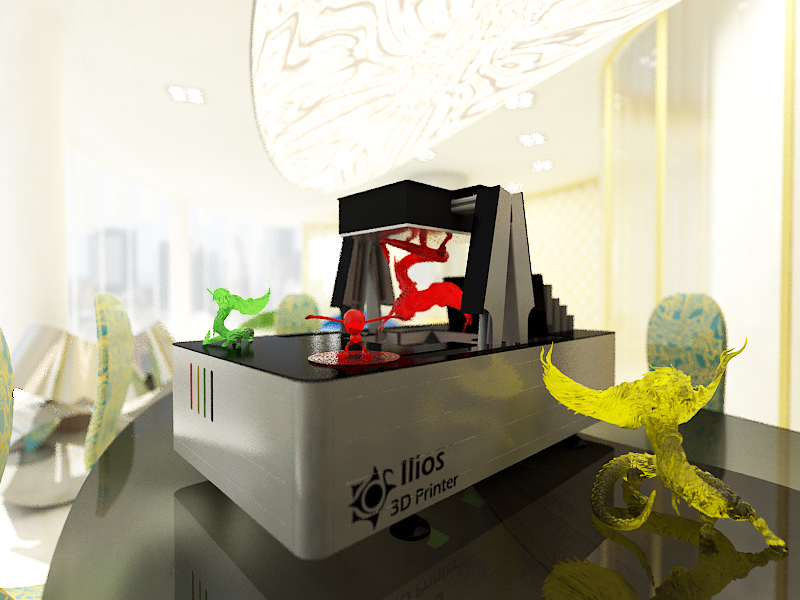 Ilios3D CEO Demetris Ruslan Zavorotnitsienko tells me, “Not sure if this is a first but we have been pushing Ilios Ray to see how much details we can get out of it. What you see on the image is the Top Layer of the Ilios Ray Control PCB which was scaled town to an approximate dimension of 1 x 2mm (yes, millimeters).” 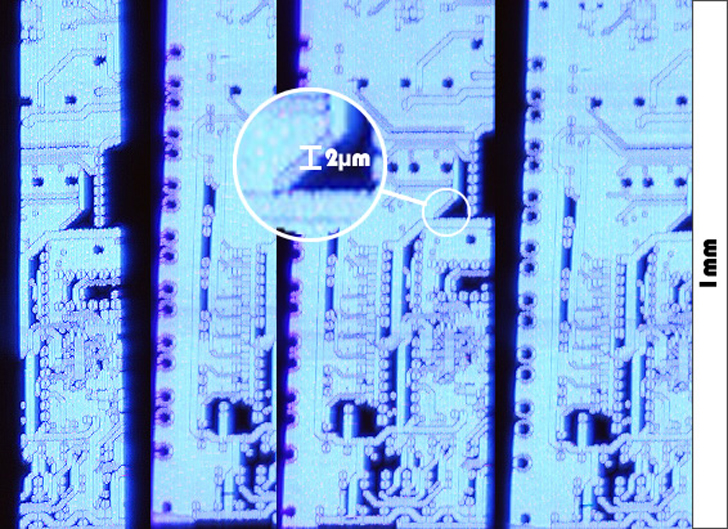 The team attempted to push it even further, due to the noise experienced with the laser when approaching 1 micron. Demetris explains, “The noted track on the image was approximately 2 microns in thickness. The camera couldn’t pick up the full pixel density due to high speed drawing but we managed to determine that there is noise (Jitter) which is common in Laser Scanning after approximately 1 micron so overall, for the time being it seems that the minimum Ilios Ray can do is 2 – 5 microns.. I would say that’s not bad.”

Of course, the Ilios Ray is not billed with such fine resolution and the results were only experimental; however, at 20 x 19 microns per voxel, the machine has one of the highest resolution capacities of any prosumer machine on the market. And it achieves this over the printer’s robust build area of 284 x 210mm x 300 mm (11.2″ x 8.3″ x 11.8″), also among the biggest prosumer SLA machines out there. More interestingly, though, is the fact that it can implement variable resolution per layer, so that detail can be increased for more complex layers in a single print.

After six months of research, Ilios3D just made a big upgrade to its system, improving the electronics and giving the machine wi-fi capabilities. This was coupled with an update to the company’s Ilios 3D Suite software for enhanced model prep and printing. Other really unique features include a great deal of automation and separate cartridges for color mixing. Cyprus may be a small country, but Ilios3D demonstrates that it’s capable of making big things happen.