Open-source projects are often hotbeds for innovation, and Havenlabs’ work is a shining example. Havenlabs has been working on designing a prosthetic gauntlet that can easily be 3D printed, and is compatible with a variety of attachments. The organization began as just an idea amongst friends in a college dorm room, and has quickly grown to include a worldwide community.

The current design is the result of months of collaboration amongst many engineers, makers, and veterans. The first version has been released, and all of the corresponding files have been uploaded onto Thingiverse. Anyone can make their own gauntlet, and contribute their own modifications to the project. 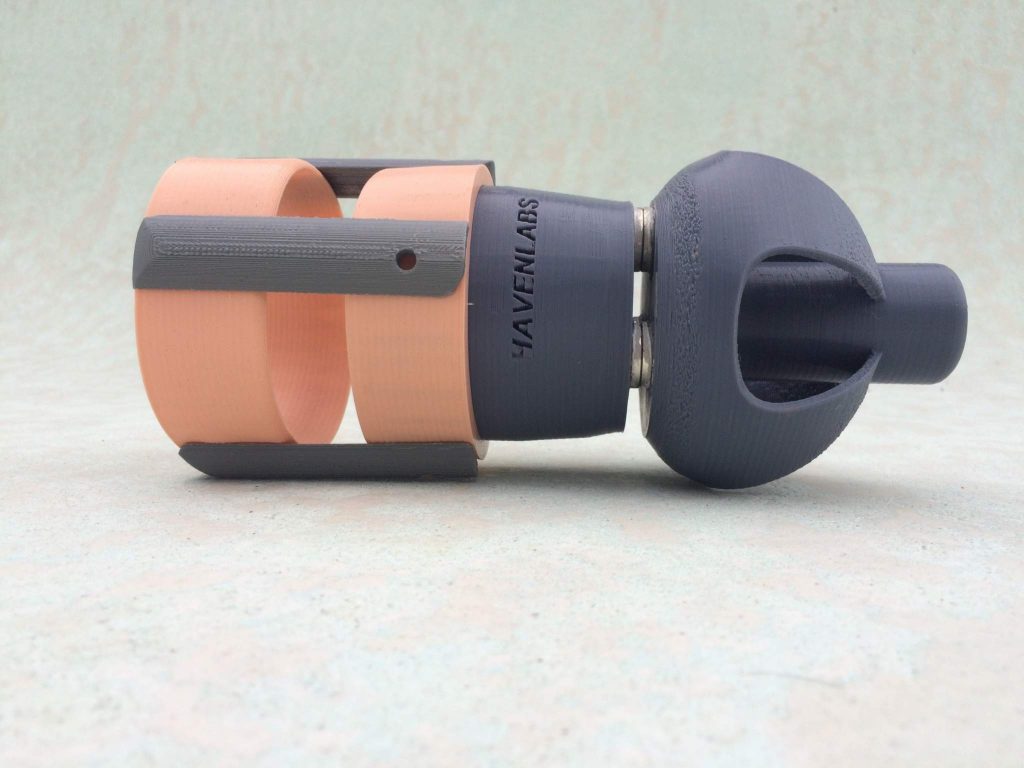 With the first version released, the team has already begun designing the next iteration of the Utility Gauntlet. Details are still evolving, but so far we know version 1.2 will feature an adjustable strap made of NinjaFlex, and an interlocking connector for mating different attachments to the socket.

The maker community has been very supportive of Havenlabs’ project. Currently, engineers are collaborating with the team to perform a detailed Finite Element Analysis (FEA) in order to validate and further optimize the design.

Recently, Havenlabs has teamed up with the Texas-based organization, 3D Veterans. They aim to place veterans in the tech industry by teaching the skills required for 3D printing. Another part of their mission is “to have our disabled veterans live as high quality of life as possible”. Havenlabs’ Utility Gauntlet will become a part of the curriculum for their 3D printing and assistive technology bootcamp. The gauntlet helps accomplish both parts of their mission.

Havenlabs co-founder, River Castelonia, will be demonstrating the current Utility Gauntlet and discussing in greater detail what’s next for Havenlabs as part of Makerbot’s “Meet the Makers” series on July 22nd.

Be sure to keep tabs on this inspiring venture!