Meet gCreate, a Brooklyn-based 3D printing startup created by Gordon LaPlante and Anna Lee out of their own one-bedroom apartment in 2012. The company was cultivated by the dynamic duo while LaPlante was still studying architecture at Brooklyn’s Pratt Institute, where he was using a RepRap 3D printer kit he had built himself to 3D print architectural models. But LaPlante and Lee soon discovered that the desktop printer’s 6″ x 6″ printing bed was not capable of printing those models at the volume that LaPlante wanted, so he began to construct a large-format desktop printer that was originally designed to help him in his architectural endeavors. It was through the construction of this 3D printer that led to the first iteration of their gMax 1.0. 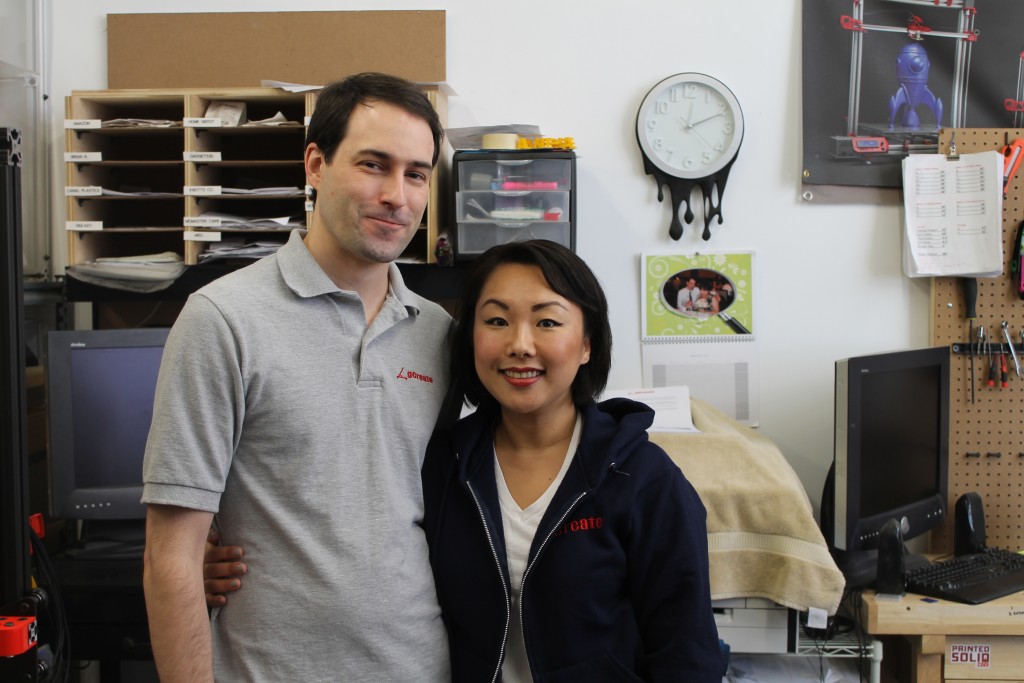 “During that time, there were 3D printers emerging onto the market; however, they were still all very small, so Gordon and I were discussing the opportunity here to take the printer Gordon had been making for himself and do something with it,” Co-Founder Anna Lee explained to me. “We started discussing the idea of crowdfunding through Kickstarter and pre-selling printers to be able to start our company.”

And, suddenly, their idea of manufacturing a more capable desktop printer turned into a reality with the gMax 1.0 Kickstarter, which ended up raising just under $130,000, even though the purposed crowdfunding goal was only set at $50,000. The Kickstarter helped LaPlante and Lee confirm their suspicion that they had a potentially big-time business opportunity at hand, and, so, the two used the money raised for the gMax 1.0 and abandoned their other jobs to found gCreate. The gMax 1.0 was a FDM desktop 3D printer kit meant to be assembled by the customer, giving Makers and designers access to a desktop-styled printer with a much larger printing volume. Instead of seeking a venture capitalist and other type of investments to help get their startup off of the ground, LaPlante and Lee decided to take on the challenging process of bootstrapping, which essentially means that the only capital that was available to gCreate was the capital that the company brought in on its own.

“We did that to make sure our product could stand on its own, without relying on investor dollars,” Gordon LaPlante explained. “Also to show that we have the skin in the game, that we’re putting in the sweat equity, to show that we really care about growing our company in the right way.”

Starting a business via bootstrapping, while living in the confines of New York City, is likely no easy feat, but the advantages of residing in one of the country’s most prominent tech hubs certainly does more than make up for the high price of rent. From an idea started in their one-bedroom apartment, LaPlante and Lee found themselves an adequate workspace in Industry City’s SParks Workshop, an industrial area of Brooklyn that is currently going through a ‘tech renaissance’ of sorts. With a workspace in one hand and an idea in the other, LaPlante and Lee set out to produce the highest quality large-format desktop printer that they possibly could, which led them down a path from the gMax 1.0 to the gMax1.5 and, now, to the gMax 1.5 XT+.

“It’s definitely true what people say about Brooklyn being a hub for 3D printing. Brooklyn, as a whole, is known for being very creative. 3D printing fits very well into this mindset that Brooklyn has,” said Lee. “To be able to design your own model, your own creation on the spot, I think that’s something a lot of people here can embrace very easily.”

The dynamic duo and their small support staff have not been concerned with constructing a brand new model to replace the gMax 1.0; rather, they are focused on optimizing and improving upon the original printer design as much as they possibly can. What truly separates gCreate from other 3D printing startups is the intensive trial-and-error method that has allowed them to go from manufacturing the gMax 1.0 to the much improved gMax 1.5 XT printer. Instead of selling the gMax off and starting on a new project, LaPlante and Lee are constantly using their own 3D printer to create projects and replacement parts, and, thus, are able to locate where repairs or improvements can be made firsthand. By using their own technology on a daily basis, the gCreate team can better support customers and make some improvements on new gMax iterations, which has ultimately led them to their latest product, the gMax 1.5 XT+. 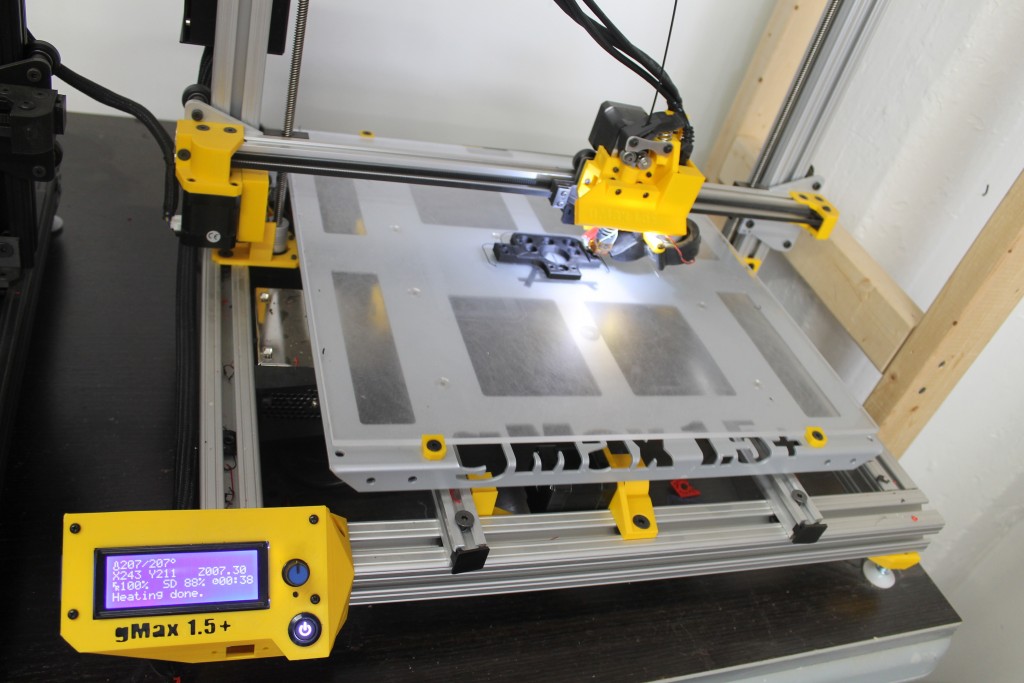 “We still print our own parts in our shop, meaning that we use these printer every day, and almost every night, too. So, if something is not working right with the printer or is bothering us, then we know the customer might have the same problem,” LaPlante says. “So, part of our design process has been using these printers everyday for two years, which heavily influenced our redesigning of the printer. Instead of having an R & D team in here playing with them, we are personally using them everyday.”

The gMax 1.5 XT+ is the latest installment to the team’s gMax 3D printer series, and, in addition to a larger print volume, will also, now, come fully assembled in the box, eliminating the strain of building it through a kit. Not only does this shipping process make it easier for gCreate’s customers to get their gMax up and running, but it also allows LaPlante and Lee the opportunity to test out each printer before it is shipped out, making sure their product is at its peak function. The gMax 1.5 XT+ is composed of both 3D printed components and aluminum framing, and has a print volume of 16” X 16” X 21”, an astonishing size for a printer that is still labeled as a ‘desktop’ model. The gMax 1.5 XT+ also features a new aluminum bed plate, a redesigned extruder, carbon fiber component options, and other improved parts.

What sets gCreate apart from other 3D printer manufacturers isn’t the fact that they resemble a independently-run, mom-and-pop-style 3D printing company. What truly makes them special is the close-knit relationship that LaPlante, Lee, and the rest of the gCreate team have with their speciality large-format desktop printers.