Unmanned Aerial Vehicles (UAV) or as they’re more commonly called drones are not exactly a new concept – neither in the most familiar military context or in other more peace-oriented settings. However, they have, more recently, crept up to the broader tableside discussions of most dining families and office rec rooms due to different official policies that have been brought to light. The debate of whether the progress in this direction – the ubiquitous existence of the drones – is entirely positive, another concretization of the Orwellian dystopia emerging, or something in between (which is probably where most most objective people would land in the debate), two things are certain. The first is the need for such a discussion compared to, say, the 3D printed guns and the second is the inevitability of a future where UAV’s are a part of everybody’s daily life, even if not through 24/7 visual contact. 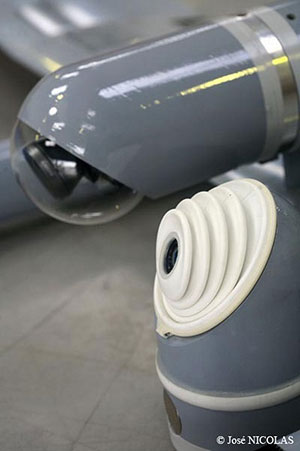 Smaller drones in particular are ideal products for utilising the benefits of 3D printing tech, as all of the several quadcopter concepts and the active user community surrounding them have already been successfully proved. With this partnership between Survey Copter and Stratasys, the companies are going public with efforts to create drones in a more efficient matter. 3D Printing hardware giant Stratasys will be working with remote control systems manufacturer Survey Copter, a subsidiary of the European Aeronautic Defence and Space Company N.V. (EADS), in order to create prototype mini-UAV’s and also short-run component parts for Survey Copter’s drones.

The benefits of in-house manufacturing equipment with this co-op are obvious – especially as Survey Copter used to outsource several phases of the process. Now, with a Stratasys’ Dimension Elite 3D printer and a Fortus

400mc 3D Production System at their facilities in France, even small batches of drones can be created cost-effectively and discreetly within 24 hours of the order. The machines are used specifically for helicopter and fixed-wing components, which size-wise range from just a couple mm’s to 40 cm x 10 cm parts. More specifically the 3D printed objects can be for optical turrets, structural elements of an aircraft, battery compartment housing, supporting structure, as well as scale models – all created out of polycarbonates, ABS and especially from Stratasys’ own ULTEM 9085, an aerospace-grade material, which is ideal for even the toughest environments due to its high durability and lightweight qualities. 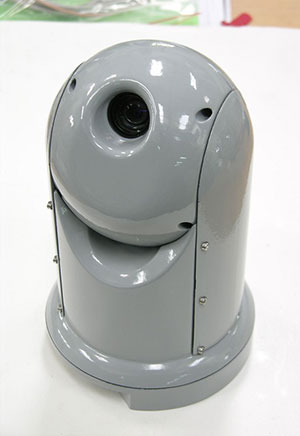 Jean Marc Masenelli, Managing Director of Survey Copter, is naturally pleased with the new possibilities for the company: “Effectively meeting our 3D printing needs can only be achieved via machines that are capable of producing quality parts with high reliability. Stratasys’ reputation for delivering 3D printers that meet these criteria head-on made them the logical company to partner with,” he stated. The abilities of Stratasys’ machinery that led to them being chosen as the hardware provider were clear: “The Stratasys 3D Printer can produce parts with complex shapes – for us a highly sought after requirement and a principle differentiator that sets Stratasys’ proposition apart from that of other providers,” Masenelli said. “This specific capability enables us to produce parts of wide-ranging dimensions and hollow forms, as well as full honeycomb structures.”