Some projects are so daunting and yet they hold such a great potential benefit that they need to be addressed by government-led collaborations among several research institutions and professionals. The Genome Project was one such feat, as well as the Connectome Project currently under way. Another such project is ArtiVasc 3D, which focuses on research around vascularization, and the Fraunhofer Institute has just announced a breakthrough in the bioprinting of artificial blood vessels.

Vascularization is one of the most important and highly challenging issues in the development of soft tissue. It is necessary to supply cells with nutrition within a multilayer tissue, in artificial – or bioficial – skin. The EU-funded, multidisciplinary ArtiVasc 3D team – consisting of engineers, physicists, chemists, biologists and physicians – is working on developing a standardized processes for scaffold production and to cultivate vascularized skin rapidly and inexpensively. 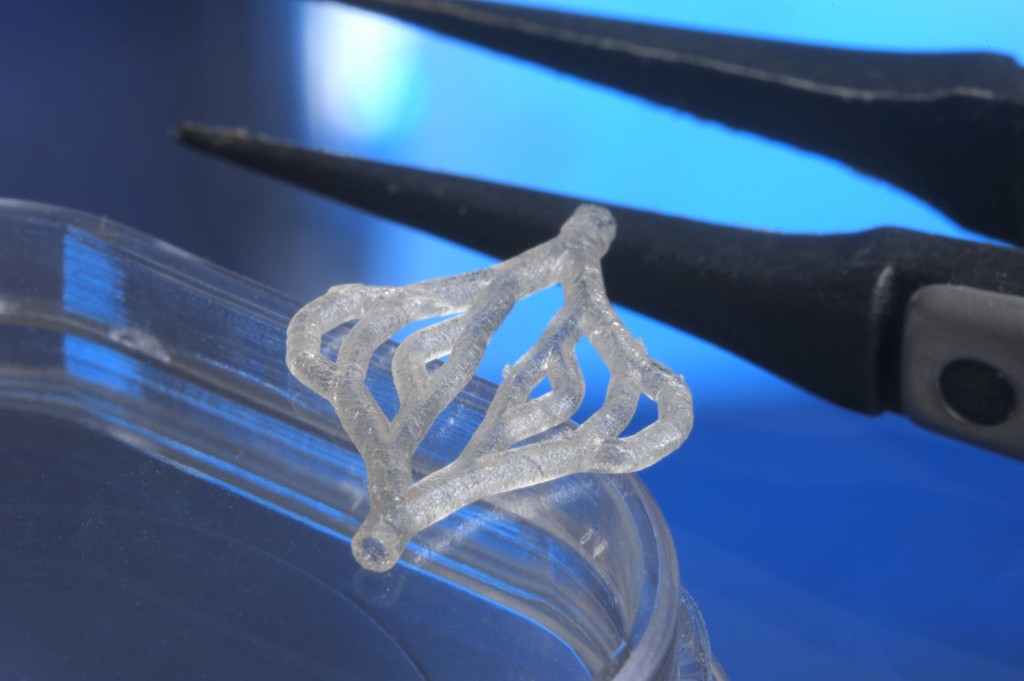 Up until this point, the problem with bioprinted skin is that it works well only in the form of 2D models, since the cells are exposed and can easily obtain nutrients. For realistic 3D models, a blood vessel system needs to be in place to deliver nutrients and oxygen to the cells that are located in the inner layers. However, this geometrically complex blood vessel system needs to be composed of a different material and, thus, requires highly precise, multi-material 3D printing capabilities.

The Fraunhofer team explained that it has only been possible to cultivate the upper layers of the skin – the epidermis and dermis – with a total thickness of up to 200 micrometers outside the human body. A complete skin system, however, also includes subcutaneous tissue having a thickness of several millimeters. If one wishes to co-cultivate the hypodermis, blood vessels to supply this tissue are imperative, since, for cell aggregates of about 200 micron thickness, blood is an absolute requirement.

For the bioprinted blood vessels to be used in the human body, they had to have the correct mechanical properties and biocompatibility, as well as full bioprintability. Furthermore, endothelial cells and pericytes, the cells that form and line the blood vessels, must be able to colonize them. In order to achieve this, the Fraunhofer researchers used a combination of stereolithography (for the scaffolding) and extrusion bioprinting (described here as inkjet printing, as with biomaterials the mechanics of deposition modeling and jetting technologies tend to blend together), to deposit the biomaterials. 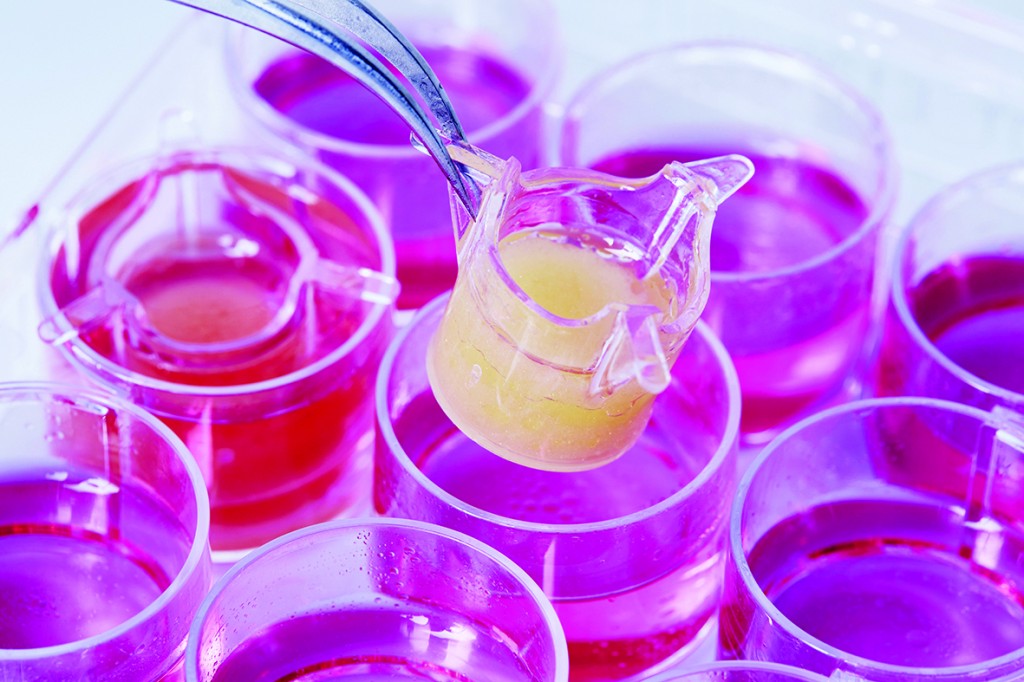 They were thus able to achieve branched, porous blood vessels with layer thicknesses of about 20 microns. Using 3D modeling software and an acrylate-based synthetic polymer developed specifically for this project, they were also able to construct these optimized vessels with a pore diameter on the order of a hundred microns.

According to Fraunhofer scientists, these results can be viewed as a precursor to a fully automated process chain for the production of artificial blood vessels, and which can also be integrated into existing lines. Another highlight of the project is the successful breeding of adipose tissue in a novel bioreactor. The combination of the fatty tissue with an existing skin model allowed the production of a full-thickness skin model which has a thickness of up to 12 millimeters.

This, however, is just the very beginning of the possibilities that functional bioprinted blood vessels open up to bioficial organ research. By using the principle of blood circulation with artificial blood vessels, medical engineers will be able to build larger structures such as whole organs in the future. The ArtiVasc 3D project, which involves 19 universities and research institutions has set the goal to develop, not just blood vessels, but the technology to bioprint the entire skin system within four years. The first step has been achieved and the rest seems within reach. Perhaps 3D printed organs are not so far fetched after all.