Following 3D Systems’ filing of a patent infringement lawsuit against Formlabs on the 20th November, the latter has remained virtually silent with the exception of a fairly upbeat, concise blog post telling supporters it was in the company’s best interests to do so. 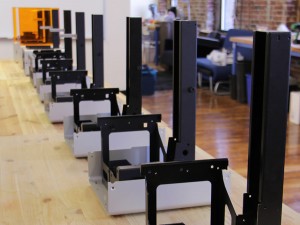 For anyone unaware, Formlabs is the company that developed an entry level 3D printer based on the accurate stereolithography process — it introduced the Form 1 3D printer to the public via the crowd sourcing site Kickstarter (also named in the lawsuit). The Form1 was expected to do well, but the $3 million in pledges it received was both beyond any expectations and a key indicator of the huge interest in this type of platform at this level. There has been much debate and speculation around the outcome of this lawsuit, and this looks set to continue as the Formlabs team finally broke their silence at the end of last week.

With no direct mention of the lawsuit and what is happening in that regard, the statement indicates that production of the Form 1 is continuing as planned, with 10 Beta machines underway, and the company is expecting to fulfill its promises. They have also announced that they have been hiring and developing proprietary software for the Form1 in house.

This does not sound like a company that has been slapped down, but it is a statement that is likely to continue to fuel speculation about the final outcome of the legal dispute.

The full Formlabs statement can be read here.