Fahz Puts Your Face in a 3D Printed Vase

Looking for the perfect gift for that family member who seemingly has everything? Well Nick and Martha of Desbiens Design Research have exactly what you need: a Fahz.  Their product is a 3D printed sculpture, and as they say, “It’s Your Face in a Vase!” 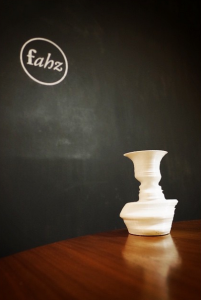 Nick, whose background is in architecture and computational design, first came up with the idea while trying to think of a good Mother’s Day gift for his wife. He came up with the idea of making a vase that had the profile of one of their kids’ faces.  Then, he thought of combining multiple mugs into one vase, so he could include all of the family’s faces.

The process for making a Fahz is relatively simple. Just snap photos of a person’s profile, and open them in the program that Nick made. The pictures are then converted into vector outlines. From there, the negative spaces between the two (or more) faces are revolved around into the shape of a vase, and then 3D printed. 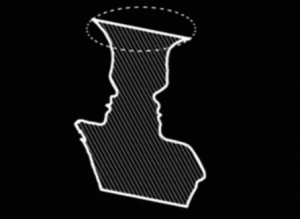 Currently, they’ve developed the program that will convert your profile photos into 3D models. However, the cost of getting the vases printed is too high, so they’re raising funds to buy their own 3D printer. They’re also hoping to create a design website and mobile app to make the experience as user friendly as possible.

Nick and Martha’s Kickstarter will be launching very soon, and as a backer you’ll receive you very own Fahz!