Electroloom, which made what it claimed was the world’s first 3D fabric printer, has closed its doors. The company founders have tried in vain to raise more funds and have finally raised the white flag.

The company launched on Kickstarter and aimed to bring us seamless, 3D printed clothes. The process apparently came to co-founder Aaron Rowley after he saw organic tissue printing and wanted to find a new way to apply the technology.

A spray booth with fibers

The end result looked something like a spray painting booth, with a mold in the shape of clothing and nozzles charged with a strong electric field spraying a liquid containing a Polyester/Cotton blend that somehow formed real fibrous clothing.

It looked like solid technology and the Kickstarter campaign was a roaring success. The company wanted $50,000 and it received $82, 344. The team were open in the launch video, the Electroloom wasn’t even a product. It was a prototype that needed further development.

According to the Kickstarter campaign page, at least five backers opted for the early bird deal and pledged $4,700 to receive a printer and two custom molds. They were buying a chance to help develop the Electroloom with the creators and turn it into something better.

The Electroloom Alpha chamber is fascinating technology and the company already had a partner in place in Shenzen, China, to manufacture them.

The early bird backers were due to receive theirs in March of this year but, judging by the apologetic tone of their blog post, we assume they never got them.

“The bottom line is that we simply do not have the financial ability to continue supporting the company,” said the statement. “We were previously funded through a mixture of venture capital and government grants. Despite our best efforts, we have been unable to raise a new round.

“We suffered a lot of problems and mistakes that led us here, perhaps too many to outline in detail. The reality is that a lot of events factored into our inability to raise: slow technical progress, significant scientific risk, a lack of an MVP, and a poorly defined market opportunity.”

If the company could really have produced 3D printed clothes without seams, on demand, then the rewards would have been immense. The Kickstarter campaign video reveals a small and passionate team that were determined to make it work.

But each garment took between 8-14 hours to print and the clothes it made were a long way off production ready. 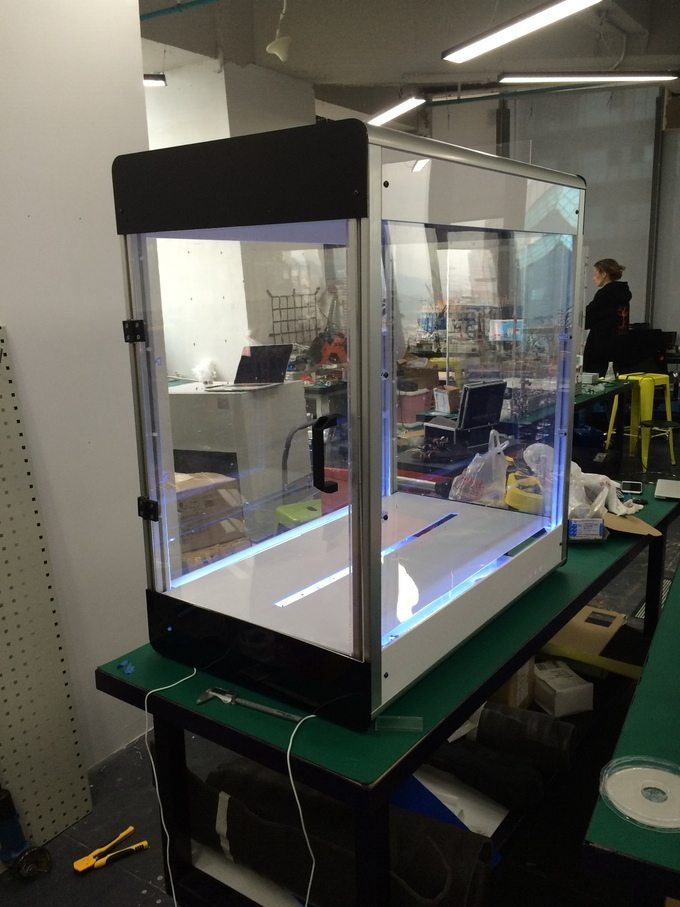 Was Kickstarter the right place?

It would be easy to simply dismiss this failure as another Kickstarter campaign gone bad. This one, though, feels a little different and perhaps the team shouldn’t have taken to Kickstarter at all.

Technology this radical was never going to get to market with a $50,000 injection of funds and while there was clearly a reason for going that route, it’s difficult to see how it could have had a positive result.

The team has closed Electroloom, but the basic concept is still intriguing. So there is every chance it could take it to a major retailer, or textile manufacturer, and continue to develop the concept under another name.

It is clearly going to take significant backing to turn this idea into a workable concept and that simply isn’t available on Kickstarter.

Could there be more from this tech?

The technology might also have to catch up and it simply might not be suitable for mass-produced clothes, but we’re sure there are applications that could benefit from this concept. If the nanotechnology on offer here can be adapted then it could potentially be used to create fireproof clothes and other protective gear.

That could command the premium price tag that will inevitably go with this production method.

Whatever happens, we wish the team well as this was an interesting concept that perhaps deserved a happier ending.