Airbus, a leading international aircraft manufacturer has been bullish about its future plans around using 3D printing as part of their manufacturing processes with a goal of making the entire aircraft from ground up with giant 3D printers by 2050. In the interim, they focus on 3D printing as a manufacturing process for individual components that results in lighter and stronger aircrafts. 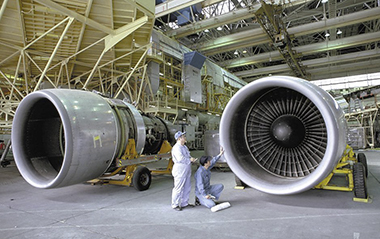 The recent announcement from Airbus about its partnership with the South African aviation company Aerosud and the local R&D implementation organisation CSIR is a further building block in this strategy for the 3D printed future of aviation. The three companies have now signed an agreement whereby they will collaboratively explore the application of titanium powder-based additive layer manufacturing for constructing large scale complex components. CSIR serves as the ‘in-country’ laser capability for South African industry, backed by its state-of-the-art suite of modern laser technologies and applications. Experienced scientific and engineering staff provide a critical core of laser technology knowledge and expertise benefiting local industry.

According to Dale King at Airbus, CSIR and Aerosud are currently the only organisations in the world working on high-speed, large-volume additive layer manufacturing. “That is why we have decided to forge a partnership with them,” commented King. “We came to South Africa for this project because we believe the country has the necessary skills and competencies in the field of ALM.”

Assuming that the partnership between the three companies is successful in its implementation, the project outcomes will flow into Airbus’ supply chain where the parts, once tested and evaluated, will be assembled in Airbus’ aircrafts.