3D printing has already left a big mark on architectural prototyping and design.  More recently, however, there are an increasing number of firms working to construct structural objects from traditional building materials. A team from the Netherlands-based Eindhoven University of Technology is jumping into the field with their concrete 3D printer, a massive crane-like machine able to print concrete objects in dimensions up to 11 x 5 x 4 meters. The project, which goes by the name ‘3D Concrete Printing’ (3DCP), is an extremely innovative and well-funded endeavor, receiving a total of €650,00 from partnerships with ten companies. The expansive range of the concrete printer makes it possible to create construction-grade objects from uniquely designed 3D models, implicating some big potential changes in our traditional construction methods. 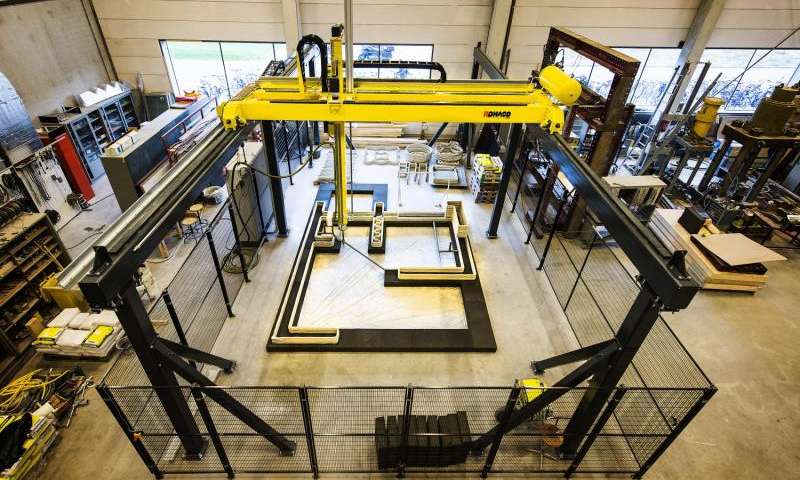 The gigantic yellow concrete printer, which was built by the Dutch-based company ROHACO, is housed in the University’s laboratory, equipped with an advanced swivel printhead capable of printing concrete material in an extremely detailed fashion. Attached to this printhead is pump unit that feeds the mixed concrete material to the extruder. The team claims that the 3D printer is capable of manufacturing concrete objects in detail as precise as the size of pea, making it possible to conveniently construct advanced concrete walls at the push of a button. The team is also continuing research on developing concrete products that are both recyclable and intricately designed in ways that were unfathomable with traditional construction methods. 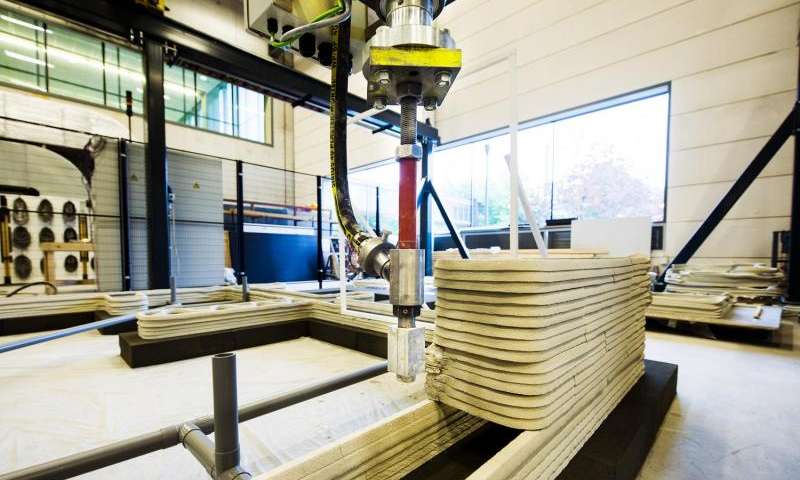 By 3D printing concrete material, designers and architects can easily implement smart components (such as wireless security systems or light sensors) directly into the design where ever they see fit, creating intelligence within the confines of the 3D printed walls. There are still some kinks that the team is working out; for example, there is the issue of keeping the underlying concrete layer moist enough to join with the next layer. In the same respect, the concrete material must also be sturdy enough to not collapse in on itself when the new layer is applied as well. 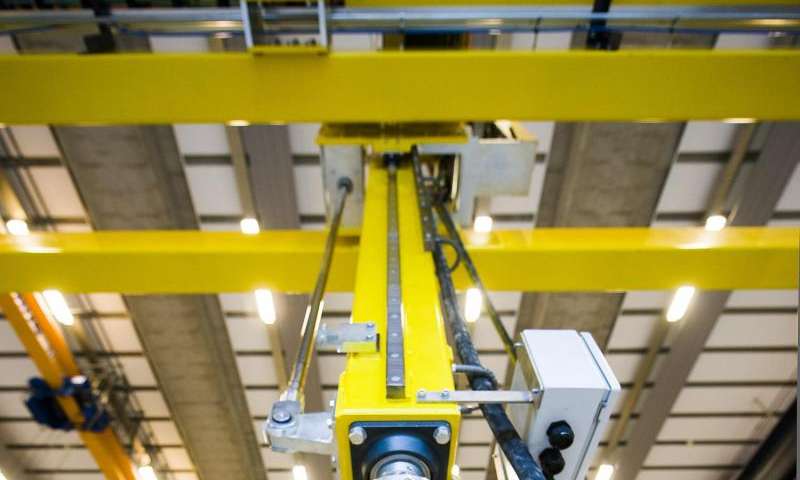 If this middle ground can be discovered and perfected, the Eindhoven University of Technology team has an opportunity to contribute to the change taking place in construction, being driven by 3D printing technology. We have grown accustomed to rough geometric designs, when it comes to concrete-based construction, but with the 3DCP project, we may start seeing intricately designed walls from concrete that we could have never imagined walking beside.