It may have passed somewhat under the radar, but the industrial Ceramker 3D printer, by Limoges, France-based, 3DCeram, debuted at the recent Ceramics Expo 2015 and is now set to be displayed at the upcoming Euromold trade show taking place for the first time in Dusseldorf this September.

The Ceramaker 3D printer employs a novel 3D printing process dubbed CAM (Ceramics Additive Manufacturing), which is based on the studies of laser stereolithography applied to ceramics conducted by Thierry Chartier in 1998 at SPCTS (Science of Ceramic Processes and Surface Treatments) in Limoges. His work has been adopted to 3DCeram, which further developed both the process and the ceramic paste to industrialize this technology and use it to penetrate various markets.

The process involves a photosensitive resin mixed with ceramic particles. This mix, in the form of paste, is polymerized in the laser printing process.It is first spread over a work plane in layers with a 25 to 100 micron thickness. Each layer is cured by a UV laser and sticks to the previous one, forming the physical 3D object, in the same ways as most stereolithography-based processes. The final result of the polymerization process is debinded and sintered in a successive post-processing phase. The way it works is somewhat similar to that of another French industrial 3D printer manufacturer, Prodways, which has partnered with 3DCeram.

Based on technical information provided by 3DCeram concerning the ceramic paste, the CAD file of the part to be produced is resized according to the shrinkage rate during sintering. Possible materials include alumina, zirconia and hydroxypatite/TCP, which are all considered strategic materials for high-performance prototypes and small series of high-performance parts. These come in specific cartridges, available in a protective packaging to preserve the ceramic paste from light. They must also be stored at room temperature. 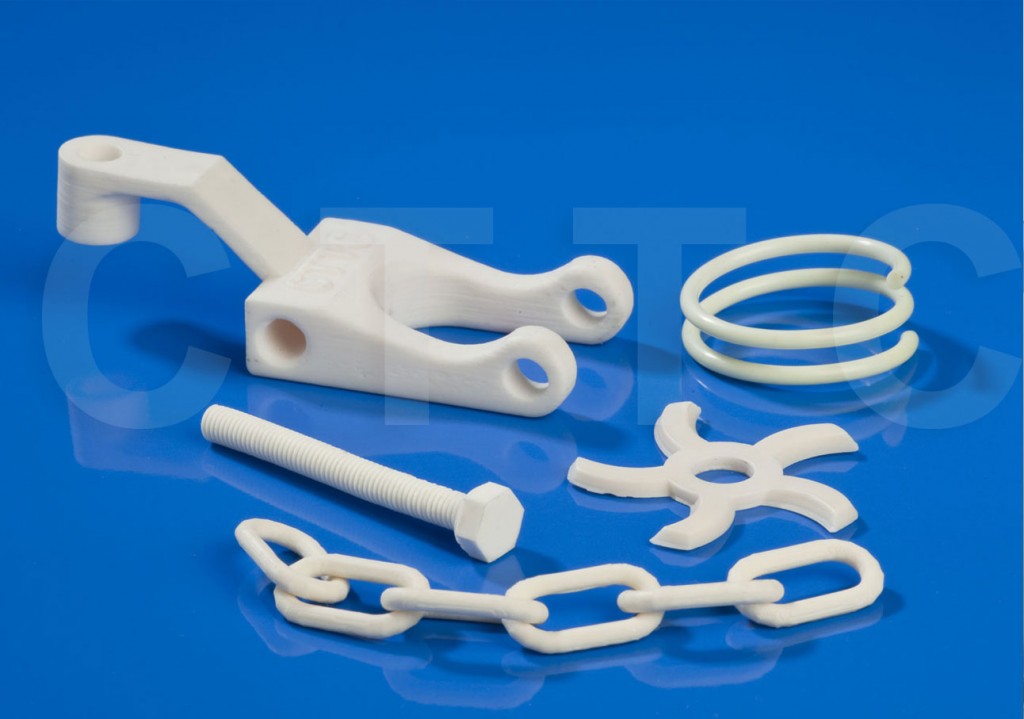 Current applications for the 3DCeram technology include biomedical implants and technologies, jewelry and luxury items, as well as advanced and high-precision industrial prototyping and small series manufacturing. The results already look quite impressive and definitely look worth seeing in person.