BigRep One Speeds Up with 3rd Generation Model

BigRep is one of the clearest examples that you should never say never in the 3D printing industry. When it first arrived on the market, it was seen with some skepticism and, yet, here it is, entering its third evolution, making larger objects better, cheaper, and, now, faster. Sales of the new BigRep One have already opened and the machine is expected to start shipping this fall. It will present a new extruder system and spool holders for up 10 kg spools in order to go up to 400% faster when printing large scale objects.

This is a larger modular system which can now print support material and multiple colors. It is also equipped with filament detection, which automatically pauses the print before the printer runs out of material. No doubt, this will be a welcome introduction for the dozens of filament manufacturers and distributors now present worldwide, who would like nothing more than their customers using up consumables faster and faster. Possibly a less welcome news for them is the fact that, with the launch of the new ONE in October, BigRep will also start offering its own line of high-end, certified filaments from 2,3kg to 10 kg in several unique colors. 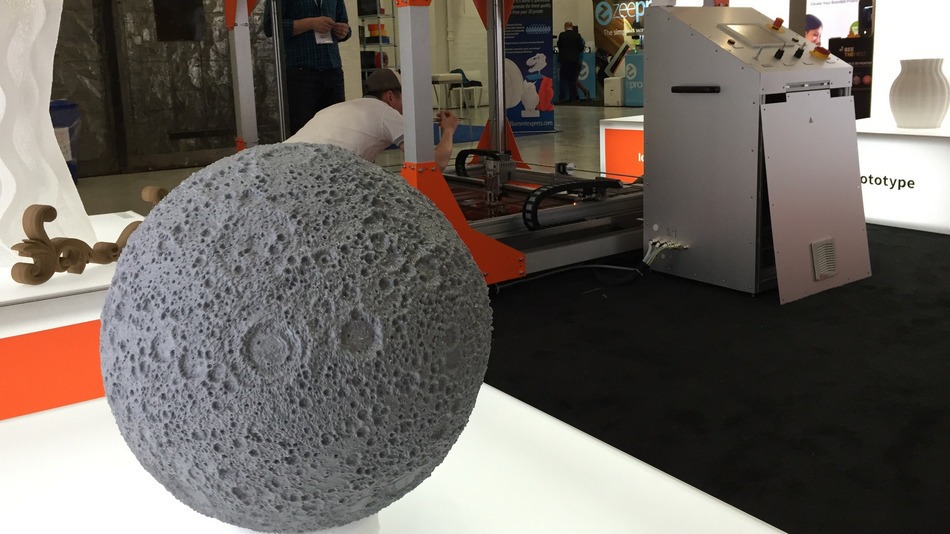 The company, however, is not just set on improving speed and maintaining size but also in improving the user’s experience. That is why new features for easier large-scale 3D printing will also include enhanced bed leveling (with an improved heated bed), a touch panel with the BigRep UX Interface, and an on-board control unit.

René Gurka, BigRep’s CEO, explained that the company is fully focused on printing large objects reliably and quickly. “The great feedback from partners and customers led to a lot of research in this field,” he said. “Our new modular extruder with multiple nozzle sizes can now create objects up to 4 times faster than the old ONE.2 model. Bigger prints require much more filaments hence the new ONE can hold spools up to 10 Kg.”

And did we mention that, while the frame is still entirely made from CNC’d aluminum, the new BigRep One now also comes in two new colors: Himmelbalu (a kind of blu) and Taupe (black). It may be called the BigRep “One”, but it now comes in three varieties.